Sister Rita Kurochkina CSIC was born in Kazakhstan into a family that was not practising the faith.

At the age of seven, she first began to go to church, but at some point stopped. At the age of 14, she found her way back to the church, and, together with her brother, took the initiative to prepare for baptism. “From that day on, I went to Holy Mass every single day,” she says.

When she decided to enter the convent, her mother did not approve and refused to give her consent for an entire year. Sister Rita, however, did not want to enter the order without her mother’s permission. She spent a year far away from home, working and taking care of her aunt. “It was like spending a year in exile,” she recalls. She returned home after a year and broached the subject once more with her mother. Her mother said, “I can see how you are suffering.” She finally gave her consent and said that Rita should join the order and give religious life a try. “That was ten years ago and I am happy where I am. My family changed their viewpoint somewhat when they realised that I am not locked away but lead a normal life, that everything is okay and that I am happy.” Her mother has begun attending Holy Mass on Sundays and on holidays.

“I chose this congregation specifically because of the Virgin Mary. Beginning at a very early age, Mary has always come first for me. Mary is very important to me and that is why I wanted to join an order that is associated with the Blessed Mother.”

The order of the Sisters of the Immaculate Conception of the Blessed Virgin Mary was founded in Poland in the 1850s to support both the spiritual and the intellectual formation of women and girls. To this day, the congregation is primarily active in Poland, but can also be found in a number of Eastern European countries, as Kazakhstan. The religious sisters run schools, kindergartens and children’s homes, teach catechesis in parishes and give religious instruction at public schools, take care of poor children and support impoverished families. Some provide pastoral care to prisoners. The religious sisters also organise retreats.

Kapshagay is a city of about 57,000 inhabitants located several hours by car from the capital Almaty. In 2001, an Italian priest founded a Catholic center there. He had a church built on the outskirts of the city and purchased several houses. He also set up a soup kitchen. When he noticed that the soup kitchen was being frequented by a growing number of children, children who were living on the streets or being neglected, he asked the religious sisters to take care of these children. Since that time, the facility has grown to include a number of houses, each of which is named after a saint. A Catholic community has developed around the center. A growing number of people from the city are attending divine services.

Three sisters, all of them born in Kazakhstan, work in the house of St. Clara. They currently take care of 18 children with difficult family situations. Sister Rita says, “Spiritually, the communist system devastated the people in this country. Many stopped believing in God, which led to addiction problems and dysfunctional families and the children suffer the consequences. The children who come to us have experienced trauma and tragedy. The children were forced to witness drunken scenes in their parent’s homes, they experienced violence and ran away from home. They ended up homeless on the streets. Each child has his or her own story and drama. We have to start at the very beginning again with them and teach them even the most basic things, for example, that they can eat a hot meal every day and that they do not need to hide their food from the others.”

Can you help support other religious sisters throughout the world, like Sr Rita, to live their vocation and share the faith? 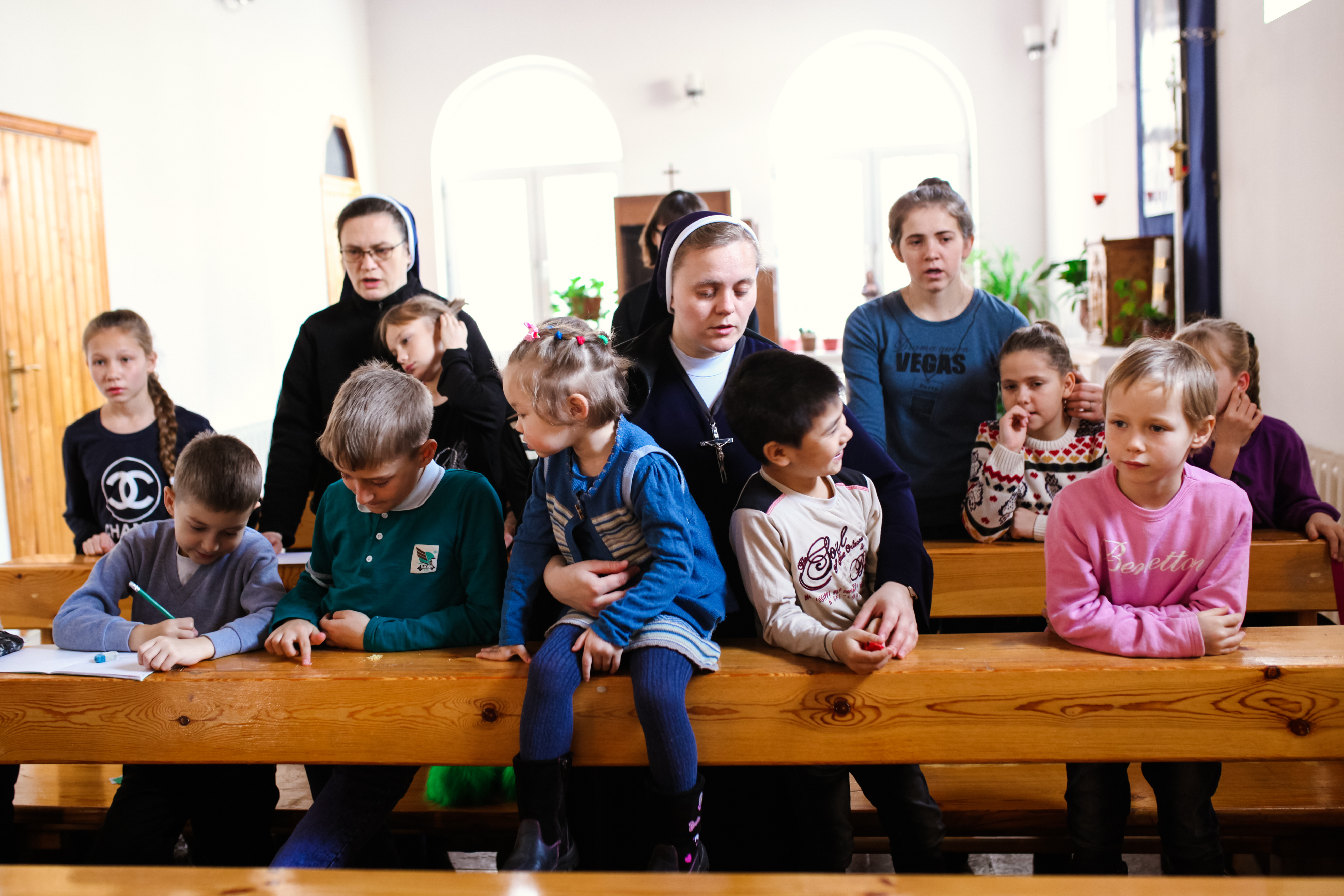 Watch a video of Sr Rita