Provide aid to the Catholic faithful in Ukraine!

Aid to the Church in Need  is sending immediate emergency aid to strengthen the Catholic Church in Ukraine in its commitment to stay on the ground and keep serving its flock in the face of material and economic war.

Bishop Mykola Bychok CSsR, the Eparch for the Ukrainian Catholic Church in Australia, New Zealand and Oceania, has given his support to ACN's emergency appeal for Ukraine. “I give my blessing to this appeal of Aid to the Church in Need to seek financial and spiritual support for the Catholic Church in Ukraine. I thank the people of Australia for reaching out to their brothers and sisters in Christ at this difficult time. May the Lord protect Ukraine and allow the Church to continue to shine as a light and hope for the people.”

ACN’s support for Ukraine dates back to the 1950s when we started helping the seminary for Eastern Europeans who had emigrated. In 1991, Cardinal Myroslav Lubachivsky, head of the Ukrainian Greek Catholic Church, returned from exile, and we began to rebuild church structures - liquidated by the communists in 1946. Since 1994, ACN has invested in the building and upkeep of the Greek Catholic and Latin Seminaries.

Over the past ten years, we have been supporting the building and renovation of many churches (385 projects), monasteries (191 projects), and presbyteries (143 projects), as well as supporting candidates for the priesthood for the Latin Catholic and Greek Catholic churches. Currently, we support more than 900 seminarians in the country.

Ukraine is therefore an important country for ACN and we will continue doing all we can to help our brothers and sisters here to be strengthened in their faith and that they may continue to be a light in Ukraine which is surrounded by so much tension and conflict.

This special appeal will help priests and religious, who are working across the country in parishes, with refugees, in orphanages and homes for the elderly. The main cities where we are sending immediate help are Kyiv, Kharkiv, Zaporizhya, Odessa and the region of Donetsk 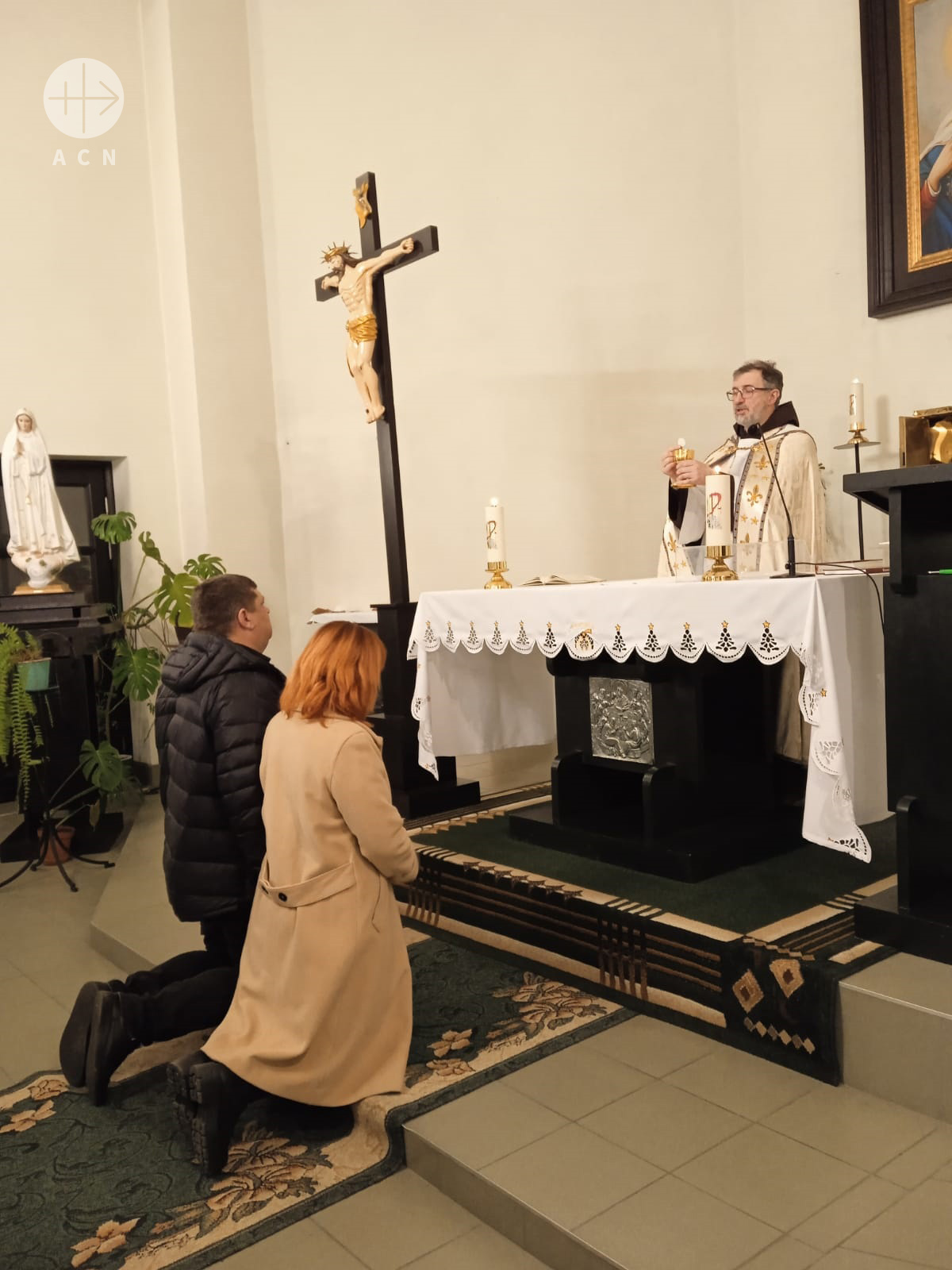 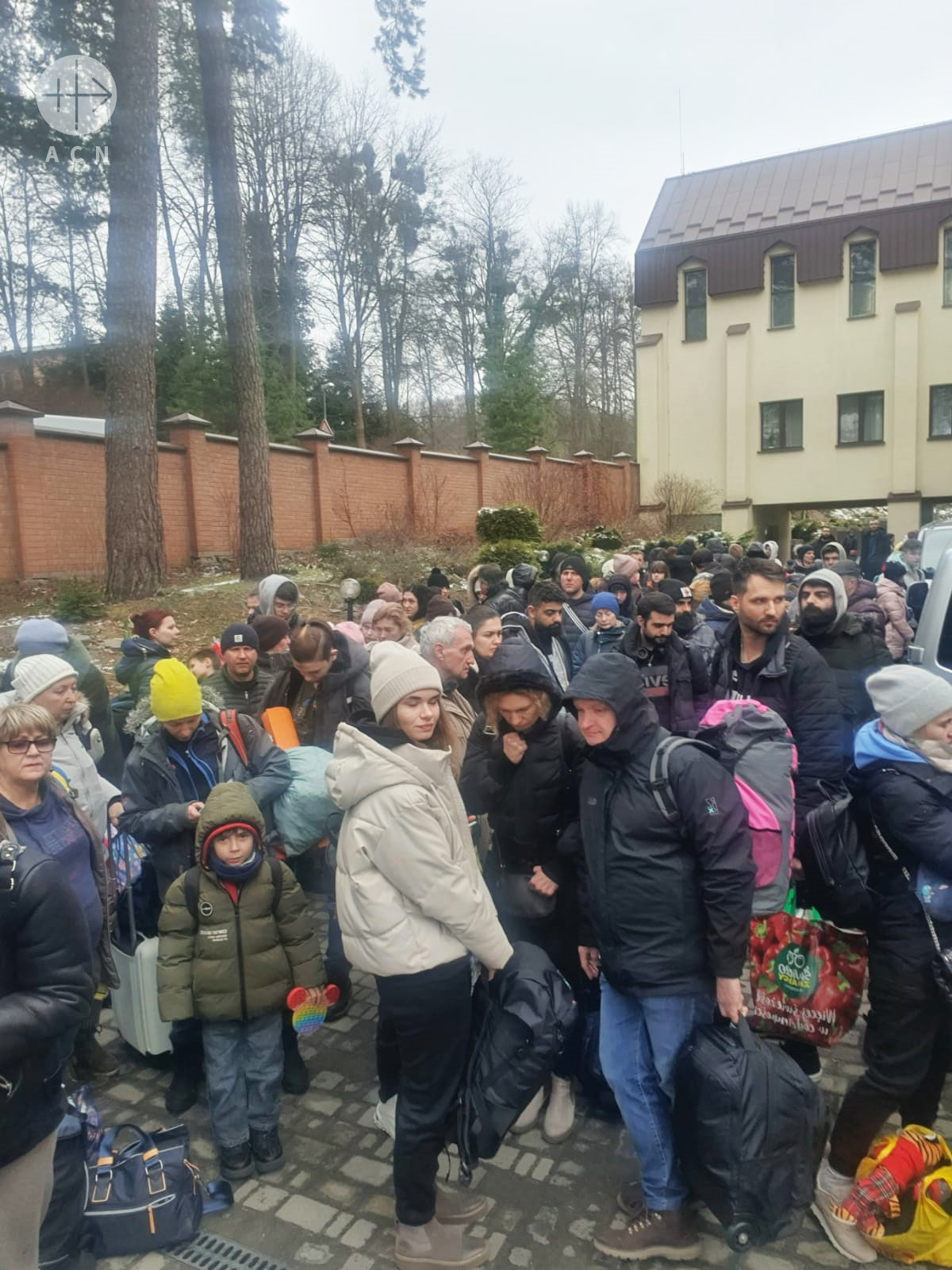 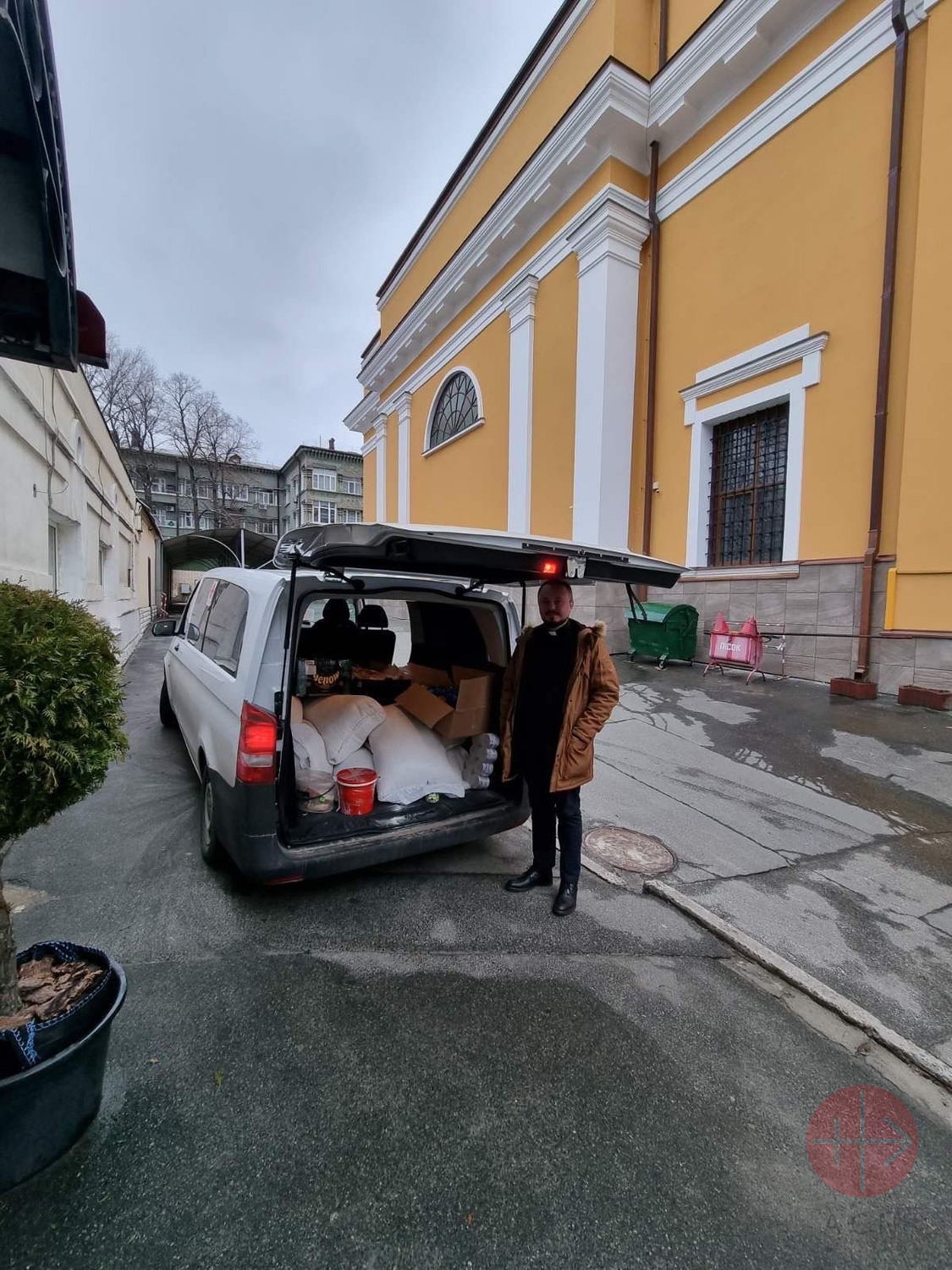 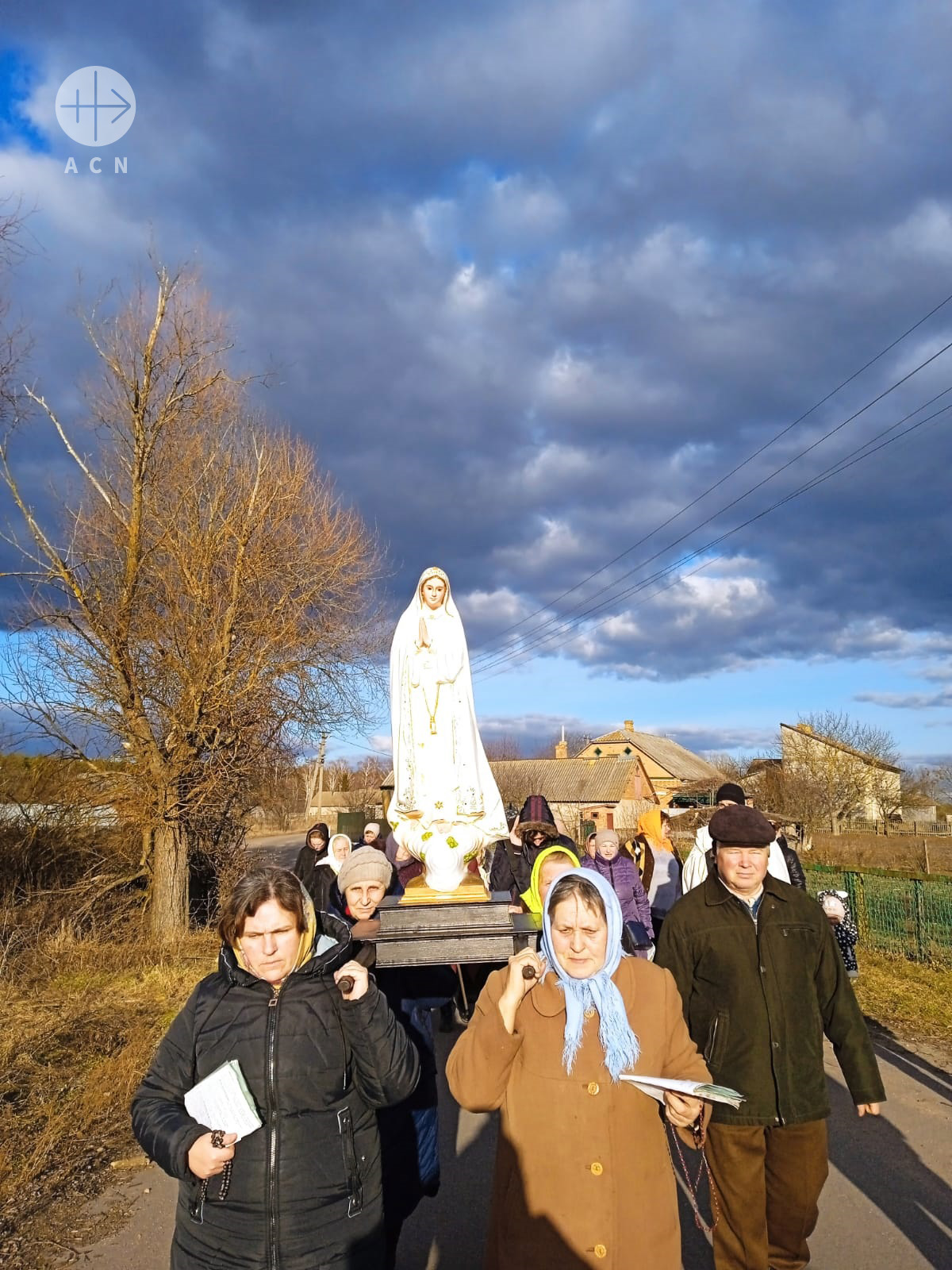 Irina and Alexander are from Gvozdava city. Alexander received notice that he was to mobilise, he had been drafted and was to report to the barracks in four hours. A close witness told ACN that with only four hours to say goodbye to each other, they decided to spend one of those hours with a priest, preparing for the sacrament of marriage. Then they both went to confession, received Holy Communion, and made their marriage covenant. At the end, sad but inwardly happy, his wife told him: "Now you can go and defend your country".

Amid much need and tension, the Church is there to help: Convoys of military truck, black smoke from explosions, destroyed warehouses and tension are seen on the streets of the diocese of Kiev-Zhytomyr. The situation gets more difficult every day. Supermarkets are empty. There is no bread or water. The auxiliary bishop of Zhytomyr, Aleksander Yazlovetskiy, busies himself sending food, personal hygiene products and medicine to Kiev, and even helps load the vehicles that will do the distribution.

Parishioners from a Carmelite parish in Hvizdava village in Zhytomyr region are taking part in a procession for peace. Godly intervention is the only hope Ukrainians have after ruthless attacks during the past ten days, resulting in many victims and lots of destruction. Pray for Ukraine.

Can you provide aid to the Catholic people in Ukraine? They need your help!

To stay updated on the situation in Ukraine go here.