A Pakistani Catholic released after five years in prison for murder he didn't commit, tells his story

Amjad Arif tells ACN about his sufferings after being unjustly arrested in 2015.

As reported by Aid to the Church in Need (ACN) a few months ago, 40 Christian men were released in late January 2020 after spending nearly five years in prison, randomly accused of participating in the lynching of two Muslim men. The lynching happened amid riots sparked by twin suicide blasts targeting services at St. John’s and Christ Church in Youhanabad, the Christian quarter of Lahore, the capital of Pakistan's Punjab province. The attacks occurred on 15 March 2015 and at least 20 people died and 80 were injured. One of the Christians who were imprisoned, wrongly suspected of involvement in the lynching of the two Muslims, was Amjad Arif, an auto rickshaw [a three-wheeled motorized version of the traditional pulled rickshaw] driver in Lahore. He is the father of two boys and one daughter. He told ACN about his sufferings after being unjustly arrested in 2015.

"We love our small house in Youhanabad and the Christian environment. The difference is clearly noticeable out in the city, where e.g. there are no celebrations or music for Christmas or Easter. Nasreen, my wife, takes care of our elderly parents and regularly attends Sunday mass at St John's Catholic Church with our children.

Life was good until the churches were attacked on March 15, 2015. I was at the lorry terminal dropping off the passengers when my father-in-law called me and told me about the terror attack. I immediately called my wife but mobile phone service was suspended in Youhanabad. My heart was pounding fast. I sped back home but the entrance of our colony was blocked with protestors gathered around two burned bodies. News channels were airing the tragedy live.

I took an alternate route, entered the colony and parked my rickshaw. As I walked past the cameramen in the streets, one of them filmed me. Drone cameras flew around us like flies. I was arrested few days later around the corner of my house. My younger brother, a daily wage laborer, was arrested two weeks later.

At the police station, officers abused, slapped and tortured us with batons, charging us with burning Muslims. They snatched rosaries from three of us and threw them on the floor. We were forced to accept either Islam or guilt in the murder of two men. A 25-year-old Christian, also arrested for alleged lynching, converted to Islam and was released three hours later. We kept our faith in the living God.

On the first day in jail, all Christian inmates were locked in the same barrack. Following the early morning roll call, we used to pray in a circle for an hour. In the evening, we had dedicated 8PM for personal prayers, while caged in our respective cells. When a Christian prisoner fell ill, he was not treated very well. Two of us died in that prison.

Father Emmanuel Yousaf Mani, national director of the Pakistani Catholic bishops' National Commission for Justice and Peace (NCJP), used to pray for our freedom and mercy in the heart of judges. The NCJP team and other NGOs visited us regularly and were with us at hearings at the anti-terrorism court.

My family brought money and groceries twice a month. Nasreen, who worked as a house maid, sold the rickshaw three years later to pay for the treatment of my elderly father. He was hospitalized for 15 days after a heart attack. Every Christmas, NCJP gave 15,000 rupees to Nasreen as a gift. Another NGO covered my children’s education expenses.

On Jan. 29, 2020, 40 of us were released at 11PM. Pastor Anwar Fazal, the most popular Christian televangelist in the country, paid compensation to the family of the two Muslim men in the amount of 25 million rupees (approx. $150,000) for our freedom. My father distributed free food the next day. Several organizations gave us money for rehabilitation.

I kept indoors for three months fearing revenge from the families of the Muslims killed in the lynching. Finally, I bought an auto rickshaw on installments. One evening three passengers stole the vehicle and left me tied-up by a tree in a neighboring city, after choking me with my own scarf. 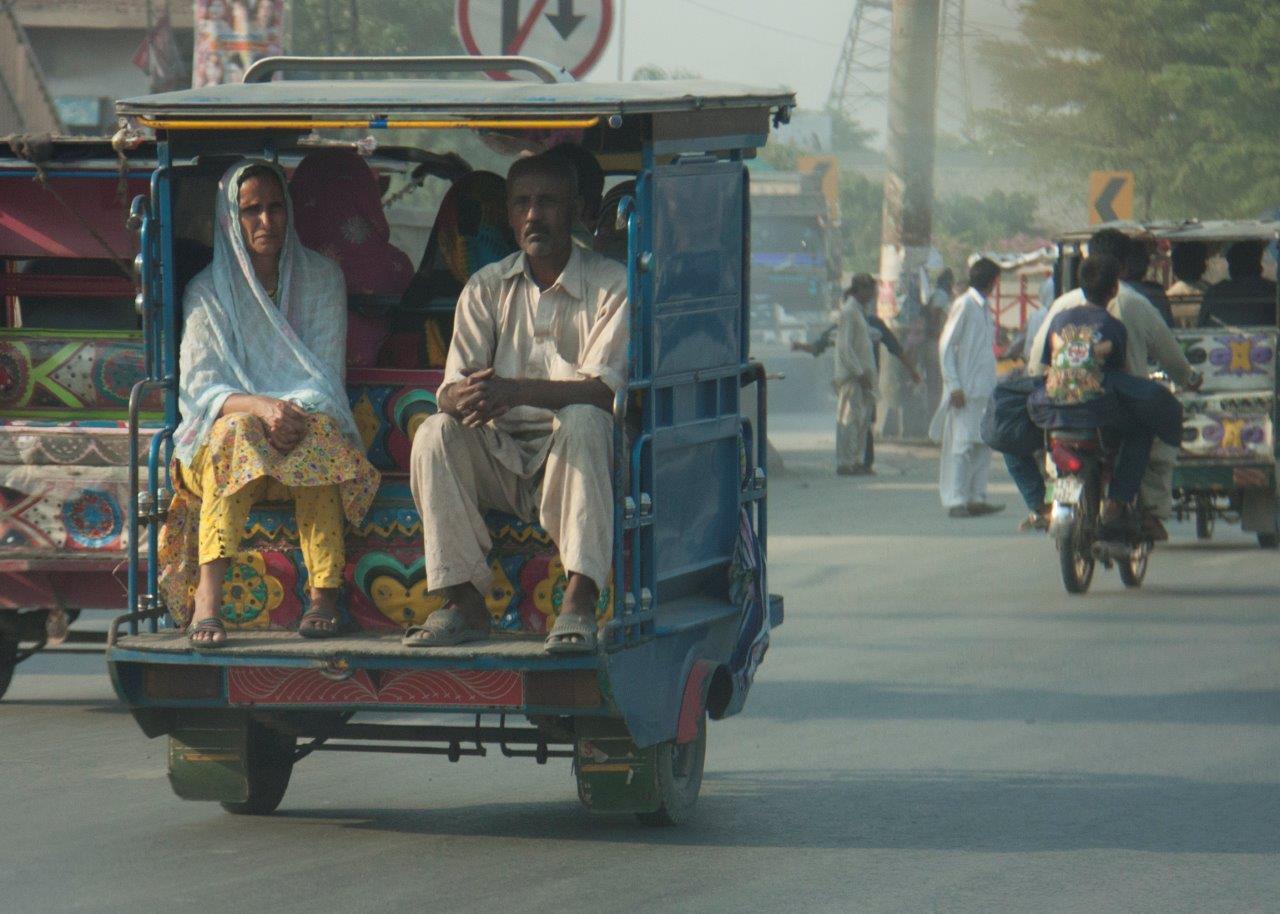 Featured Image: A rickshaw on the streets of Lahore. Photographer: Johannes Klausa.
Copyright: Aid to the Church in Need.

It was raining that night, and no one was around. I untied myself and ran to three different police stations, before reaching the right one. My eyes were blood red and my face was swollen. I returned home after three hours. I must force my voice to speak as it still hurts. Was it revenge from the victims’ families? I don’t know. However, while awaiting a new rickshaw, I thank God for the new life; I really love my children. I am alive for their sake."

ACN has regularly supported the work of the Catholic bishops' National Commission for Justice and Peace (NCJP). The international charity has been one of the supporters of the rehabilitation and reintegration of the 40 Christians released from prison.