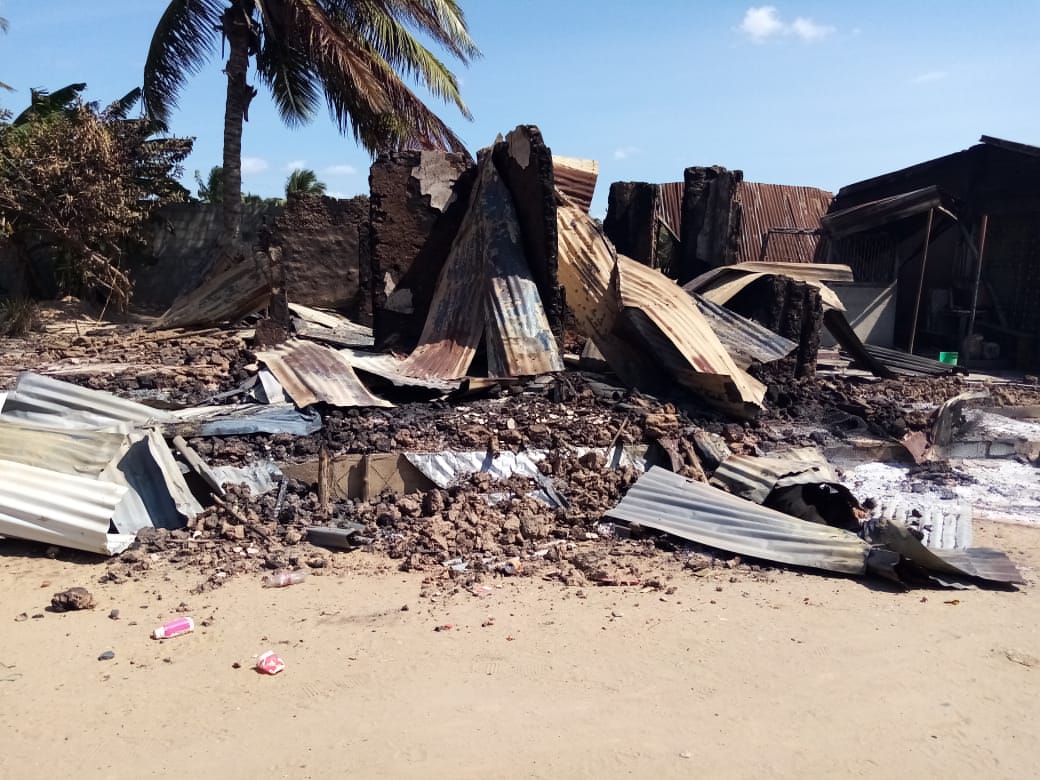 Mozambique: Still no news of nuns disappeared since rebel attack

The whereabouts of two religious sisters of the congregation of Saint Joseph of Chambéry is still unknown and nothing has been heard of them since the violent attack by rebel jihadist groups on the port of Mocímboa da Praia in early August this year.

Father Kwiriwi Fonseca, of the diocese of Pemba in northern Mozambique, has been in contact with the international Catholic pastoral charity and pontifical foundation ACN and has informed them that so far the authorities have not given any explanation as to what has happened to these two religious and the more than 60 individuals who were present in their convent at the time of the attack.

Father Fonseca explained that the region around Mocímboa da Praia is to all intents cut off and that “nobody can travel there.” He recalled that the attack “began on 5 August” and was followed by “several continuous days” of fighting, “up to the 11th”. “During this time the rebels attacked and occupied the port city of Mocímboa da Praia”.

It was during this attack that contact was lost with the two religious, Sister Inés Ramos and Sister Eliane da Costa. “They are Brazilian and one of them (Sister Inés) is over 70 years old,” Father Kwiriwi explained later.

“When the town was occupied,” he explained to ACN, “there was no phone signal and so we were unable to make contact with the sisters, and we thought they might have lost their mobile phones… So, we are trying to look on the bright side… We are hoping that they are still alive but have no means of communication. At any rate, we are comforting ourselves with this thought, because we still don’t exactly know the official version of events. We have not had any official notification.”

At the time of the attack there were “around 60 people” in the convent, mostly elderly people and a few children. Exactly what happened, no one knows. “If the sisters have returned to the convent, we have no way of knowing it, because there is no place there where they can buy a new mobile phone… Without any news of these (60) people we have no idea whether they have disappeared, died or been abducted. We don’t know anything…”

The diocese of Pemba was informed of the attack on the sisters’ convent in a phone call from another member of the community. “It was he who told us that the sisters’ convent had been attacked. Their silence since then makes us think that they must have lost their phones and are perhaps hiding out somewhere. Hence we have to assume that Sister Inés and Sister Eliane's ‘whereabouts are unknown’ and therefore among the “disappeared”. We have no information, so we can’t make it up.”

The humanitarian crisis that is afflicting the province of Cabo Delgado in the far north of Mozambique is the result of the terrorist attacks, the scourge of this region. It is a crisis that has taken on a terrible dimension in terms of the number of people killed and made homeless, and in the complete lack of resources provided to support the population.

Father Cantífula de Castro, the assistant director of Radio Encontro, the radio station of the archdiocese of Nampula, in the neighbouring province, has sent a message to the Portuguese ACN’s office in which he explained that “in the archdiocese of Nampula around 5,000 refugees have arrived in the districts around Meconta, Nampula and Rapale. Most of them are young women and children in need of humanitarian aid. And they have no housing, food or clothing, including any protection against Covid-19.”

According to Father Cantífula, in a video message sent to ACN, “the province of Cabo Delgado has been embroiled in war for the past three years. The people are going through unbearable suffering on account of the terrorism.” He continues, “It is a deplorable situation. It is estimated that there have been a little over 1000 deaths, with houses burned, villages abandoned, people reduced to living in the hills and others fleeing with absolutely nothing and seeking protection in places of relative safety.”

Ever since October 2017 the province of Cabo Delgado has been the scene of attacks by armed insurgents who some months ago openly declared allegiance to the so-called Islamic State, or Daesh, as it is also known. Indeed, the attacks have been growing in intensity in the last few months, and especially since the beginning of this year.

Father Cantífula de Castro nonetheless insisted that, despite the complexity of the situation and the lack of resources, “the Church is not abandoning these people, but remaining by their side, giving them whatever material aid and spiritual support it can.” He followed up his remarks with an appeal to the international community: “Please do not forget us. If you can, please help these people who have lost everything and been forced to flee from their homes! Many thanks!”

The international Catholic pastoral charity and pontifical foundation Aid to the Church in Need (ACN International) is continuing to help the people of Mozambique through a raft of projects, ranging from rebuilding of churches to the support of priests and missionaries.