A Church in Need

From its inception, the Catholic Church has provided for those in need. As part of her mandate to bring Christ to the world and the world to Christ, the Church is deeply committed to social assistance, education and healthcare.

What many do not know though, is that the Church herself often requires urgent help in countries affected by displacement or catastrophe. In addition, more than 200 million Christians cannot freely exercise their faith; they suffer persecution and oppression for their love of Christ.

Unlike charities which exist primarily to provide humanitarian and social relief, Aid to the Church in Need is a spiritual and pastoral charity which seeks to keep the flame of faith alive in those places where it is at risk of extinction.

Aid to the Church in Need has long been described as a school of love. Countless people have discovered and learned the essence of Christianity as they make spiritual and material offerings to help build a bridge enabling the suffering and persecuted Church to live and witness their own faith.

At the end of the Second World War, Europe lay in ruin; millions of German men, woman and children were displaced from their homes. It was Christmas 1947, and into this dark hour, began what would become the life work of a young Dutch priest, asked to take charge of a special relief campaign for exiled priests and Catholics in Germany. From its very mission would come its name - aid to the Church in need.

Father Werenfried van Staaten, a convincing speaker and charismatic personality, appealed to the Catholic people of Belgium and the Netherlands, calling them to move past their hatred for the Germans and see in the suffering of these innocent German families, the suffering Christ. He called for action:

“We must go East… Trucks must be staffed with priests and filled with gifts… and make a tour from village to village across the vast districts. We must celebrate Mass, preach and distribute with hands plenty of what the love of the Christian West has bought together.” 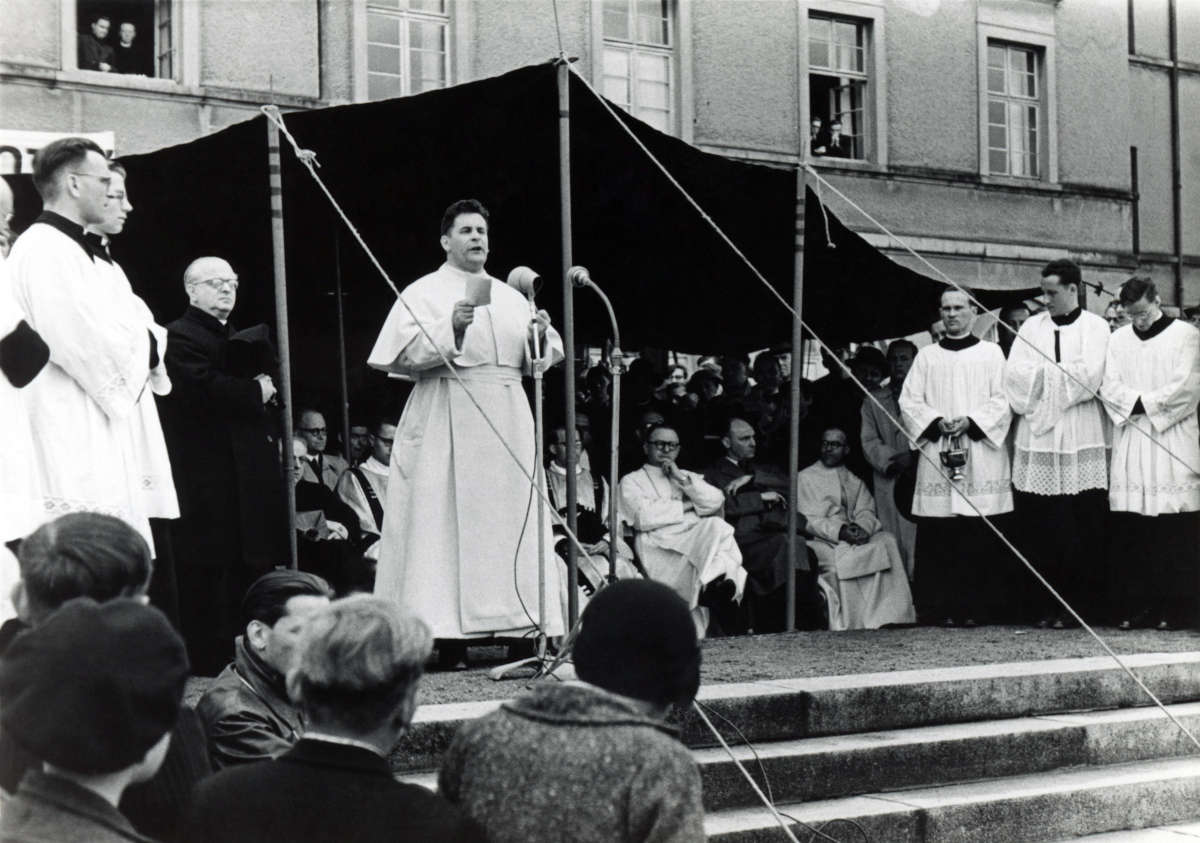 From Germany to the world

Fr Werenfried’s pleas unleashed a flood of generosity and he became repeatedly successful at getting unique aid projects off the ground; tonnes of bacon for starving German families; the adoption of thousands of itinerant priests by Dutch school children; priests ministering on foot given motorbikes and VW Beetles; a fleet of chapel trucks built to take the sacraments to the people.

When the Cold War began in the 1950’s Father Werenfried launched an unprecedented campaign for the persecuted Church behind the Iron Curtain. His leadership saw Aid to the Church in Need build, “fortresses of God”; churches constructed along the length of the Iron Curtain. From the 1960’s onwards, Aid to the Church in Need increased its scope, offering hope to suffering Catholic communities in Africa, Asia and Latin America.

Fr Werenfried remained at the helm of Aid to the Church in Need until his death in 2003. Known as the greatest beggar of the 20th century, it is estimated that during his lifetime he orchestrated the collection and distribution of some $5 billion for the needs of the suffering Church. 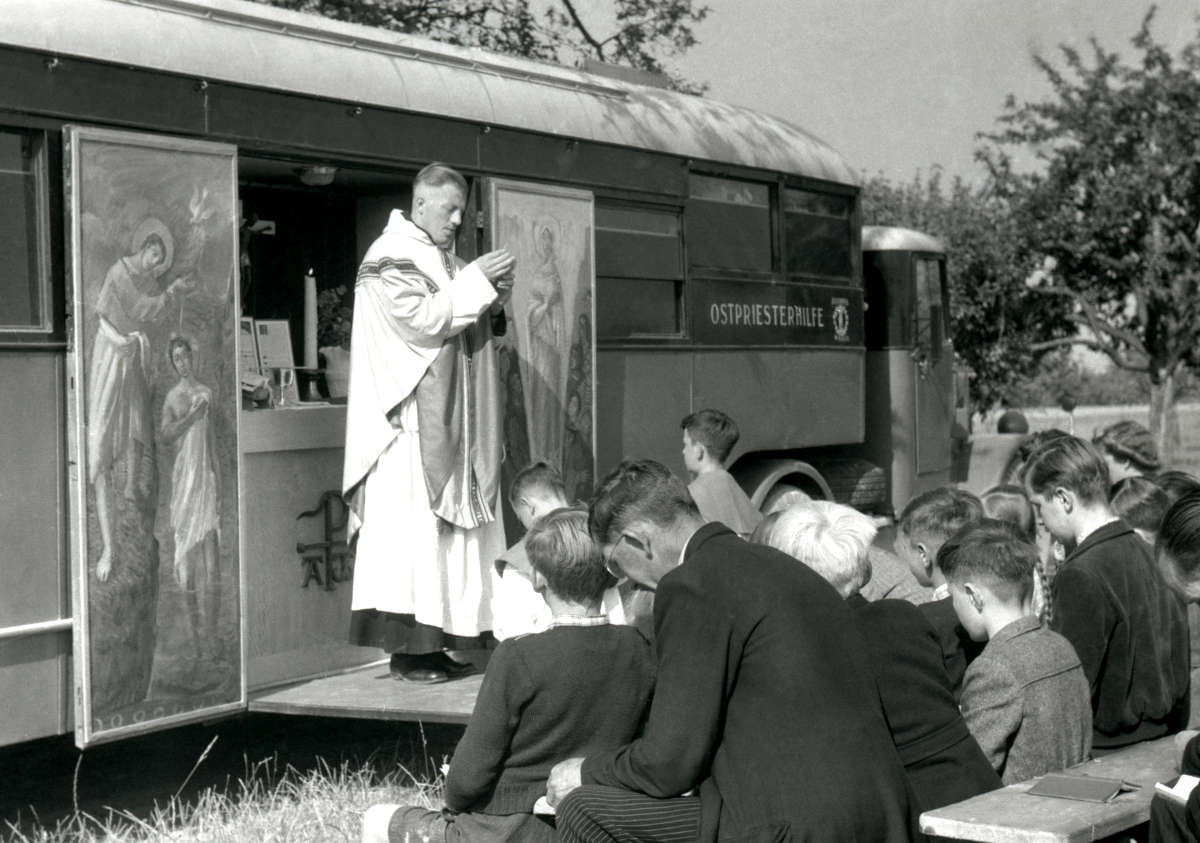 In the name of the Church

With twenty-three national offices and over 350,000 benefactors, Aid to the Church in Need raises more than $150 million annually in support of some 5000 Catholic projects in nearly 150 countries. The work receives no funding from Church or Government; it is only made possible through the offerings of individual Catholics.

Today, Aid to the Church in Need is the only international Catholic charity dedicated to the service of suffering Christians wherever they are persecuted, oppressed or in pastoral need. Much has changed since 1947, but the need to keep the flame of faith alive is greater than ever. Aid to the Church in Need will continue to pray and work that the Lord Jesus Christ can be known and loved the world over.

Watch this video from the National Director of Aid to the Church in Need Australia, Mr Bernard Toutounji. 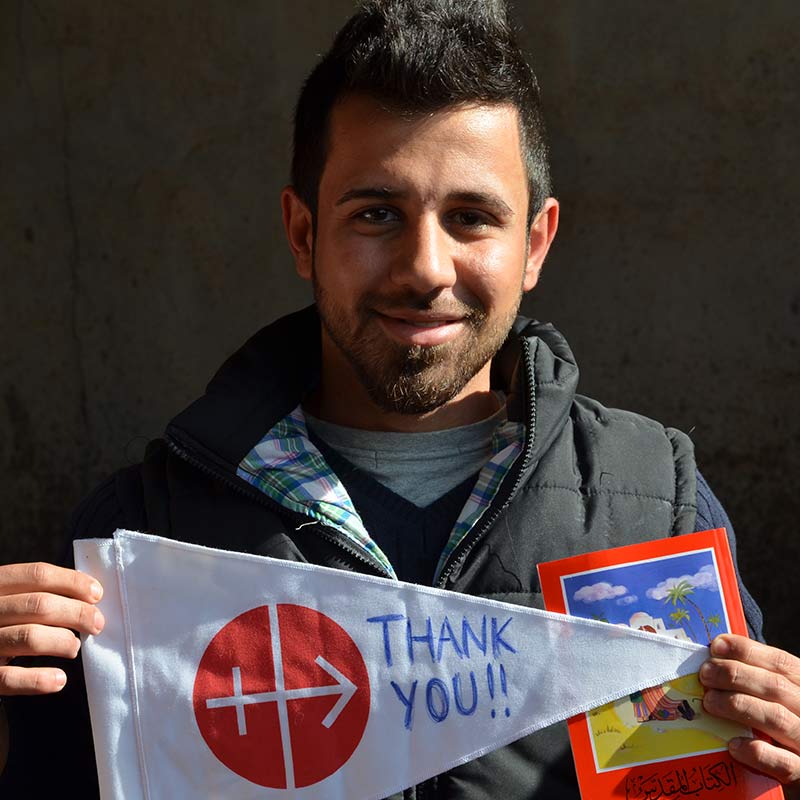