This month help build a mother house and formation centre for a new local congregation in Kenya. 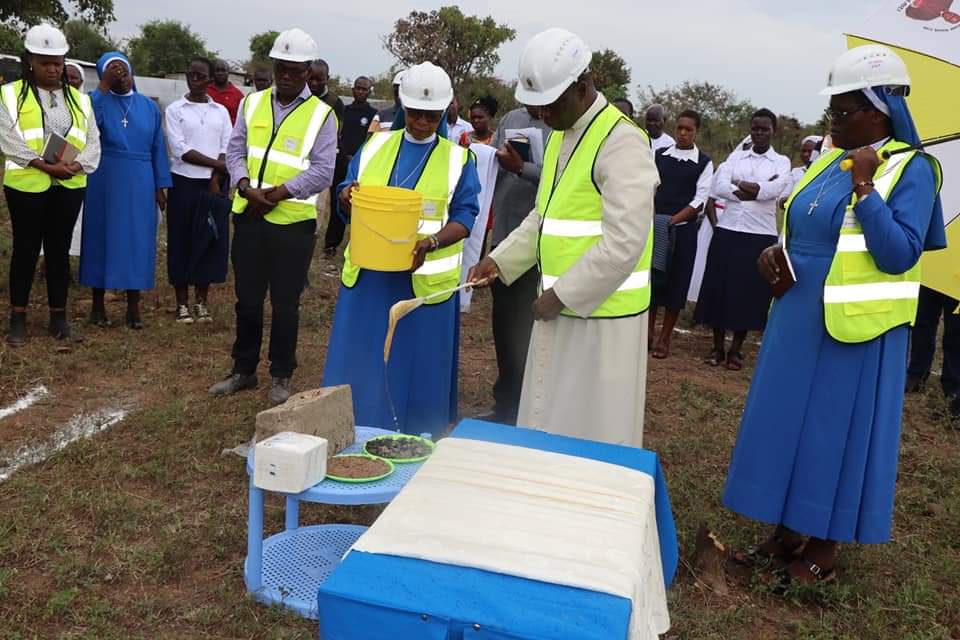 The diocese of Kisumu serves some exceptionally poor areas of Kenya. Hunger, illiteracy, and lack of medical provision, combined with desperately poor roads and a lack of clean drinking water, make life difficult for many people in these areas. An electricity supply is no more than a dream for most of the local population. On top of this, there are certain traditional tribal practices that inflict additional suffering. Girls are often married off at the age of 12 and widows are not infrequently "taken over" by the dead husband's brother. And since in many cases the husband has died of AIDS, the wife is likewise infected and so the virus is spread still further. Overall, the incidence of AIDS is very high here.

But there are numerous other problems besides. Most families have to survive on what little their crops will yield, and in the rainy season many people move away to the towns and cities in search of work, since it is impossible to grow or plant anything at this time. As a result, the children and the elderly are often left behind, without care, in the villages. By contrast, in the rainy season mosquitoes bring malaria, which spreads rapidly. And there are other frequent sources of disease and infection due to the lack of clean drinking water.

The diocesan congregation of the "Visitation Daughters of the Immaculate Heart" was therefore established in order to help the needy population here. Of the six sisters who form the original foundation, three are qualified nurses. They care for expectant mothers, act as midwives, care for the sick and look after the elderly and orphans who have been left behind, as well as counselling and accompanying people in all kinds of difficulties. And at the same time they are helping these people to come to know Jesus and his Good News, guiding them on their way to the Catholic Christian faith, instructing them and praying with them.

However, the sisters themselves do not as yet have a permanent convent where they can live and train up the young women who wish to join their community. So we are proposing to help them with $46,400 AUD so that they can build a house and formation centre in the nearby town of Katolo. For clearly, the formation of these new vocations will play a crucial role in the future of the congregation.

Will you help us?