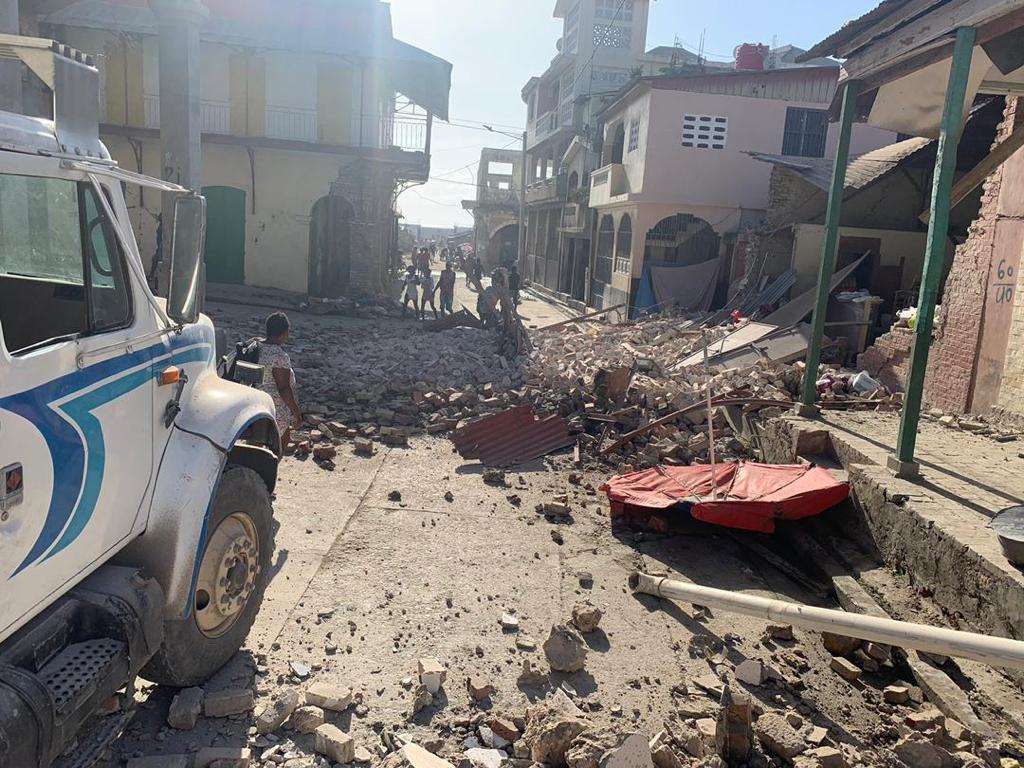 The international Catholic pastoral charity Aid to the Church in Need (ACN International) has expressed its solidarity in prayer with Haiti and immediately approved an emergency aid package of half a million Euros ($800,000 AUD) for the Haitian people, following the devastating 7.2 magnitude earthquake which struck the town of Les Cayes on Saturday 14 August. So far, a total of over 1300 people have lost their lives and at least 5700 have been injured, according to provisional information from the Haitian civil protection agency this morning, Monday 16 August.

“We have received some heart-breaking accounts. After all the political conflicts the country has suffered since 2019 and barely a month after the assassination of the President of the Republic, Jovenel Moïse, in early July, in the midst of the wave of violence and abductions that are afflicting the country and on top of the news reaching us of droughts and lack of water that have already plunged the rural population in still deeper poverty – on top of all this, the earthquake on Saturday has now inflicted on thousands of families a situation worse than all the rest. It is an impossible situation, and the people are in total shock,” commented the executive president of pontifical foundation ACN International, Dr Thomas Heine-Geldern.

ACN is in contact with the local Church in the most seriously affected dioceses, in order to assess where the greatest need lies in the immediate aftermath. Further details will be decided in the next few days. “The quake, the epicentre of which was some 100 miles (160 km) from the capital, has mainly affected the south of the country, especially the dioceses of Les Cayes, Anse-á-Veau and Jeremie. The earthquake has disrupted the only access route to Jeremie, so that we have less information about this part of the island. But we know that it has also been badly affected,” said Dr Heine-Geldern.

“At the same time, we are relieved to be able to report that our project partners have denied certain rumours, such as the one reported in some media to the effect that the Bishop of Les Cayes, Cardinal Chibly Langlois had been gravely wounded and buried under the rubble. The bishop’s house in Les Cayes has been totally destroyed, but the Cardinal himself was able to escape in time,” stated Dr Heine-Geldern.

“We are conscious of the great efforts made by the Church to offer signs of hope to the people in their desperate situation, after so many natural disasters and in the midst of the violence and extreme poverty. So at this difficult time we cannot abandon this Church, which is fighting to support its people. Moreover, we are filled with consternation at the news of the hurricane which is approaching the coast. We plea to you to pray for the country, to pray for all those who have lost their loved ones, those who have been wounded and those who have lost everything. May Our Lady of Perpetual Succour, Patroness and Protector of Haiti, bring them all support and consolation,” the ACN executive president appealed in conclusion.

ACN has set up an emergency appeal to help our brothers and sisters in Haiti.
You can donate at www.aidtochurch.org/haiti

To view this media release as a PDF click here.