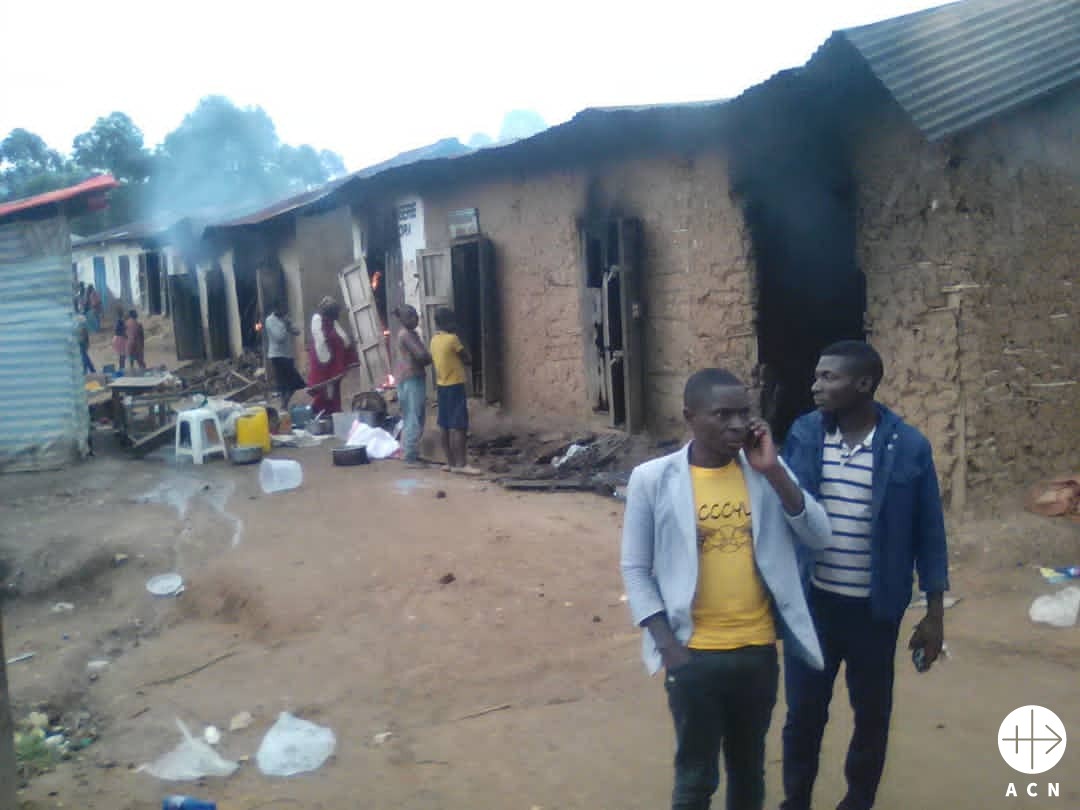 A terrorist attack in Eastern DR Congo left two people dead and a hospital destroyed in the village of Maboya.

Sister Marie-Sylvie Kavuke Vakatsuraki, of the Little Sisters of the Presentation of Our Lady in the Temple, from Butembo, was one of the victims of an attack that took place on Wednesday 19 October. Responsibility for the attack has been claimed by the Allied Democratic Forces (ADF), a Ugandan jihadist group also known as Islamic State – Central African Province (ISCAP).

The terrorists looted a pharmacy and a hospital, which was then set on fire. The religious sister and a patient were burned to death inside the building.

Speaking to international Foundation Aid to the Church in Need, Father Marcelo Oliveira, head of the Comboni Missionaries in DR Congo, described the “terror” of that night. “The ADF rebels attacked the village, and more precisely the hospital. They looted everything they could find, taking medicines, and at the end, they set fire to the building. A nun, who is also a doctor and was on night duty, was burned alive, along with a patient.”

As soon as she realised that they were under attack, Sister Marie-Sylvie called the local parish so that the priests and religious could flee. Otherwise, the situation could have been even more tragic.

Once the hospital was destroyed “the rebels continued on their way and set fire to another hospital nearby. All this happened in the village of Maboya, which is about 20 kilometers from the city of Butembo and 30 from the city of Beni”, Fr Marcelo explains to ACN.

Besides the two victims, there are also many people still unaccounted for and who were likely taken by the jihadists to carry the looted goods. “Several people disappeared, possibly taken to carry the medicines and everything else they looted from the hospitals, a couple of pharmacies, and some shops”, explains the Portuguese priest.

Bishop Melchizedec Sikuli Paluku, in a statement sent to ACN, expresses the deep consternation with which the local diocese of Butembo-Beni received the sad news of this new attack, which it firmly condemns, “deploring the loss of human lives”, namely that of Sister Marie-Sylvie. “There are no words, such is the horror that it surpasses all tolerable limits”, the Bishop writes.

Father Marcelo Oliveira says that the Democratic Republic of Congo is experiencing a real war that the world pretends to ignore, and that is causing an atmosphere of terror among the population.

“The terror continues. The people are afraid, everybody tries to escape. This is a hidden war, silent – or silenced – so that nobody does anything and the population continues to suffer”, says the Comboni missionary.

The extreme violence is caused by the great wealth in the soil of this African country, which has been literally looted for years. “The terror that took place in this village is the same that happens in so many neighbouring villages, but that is not picked up on by the news. There are a lot of interests at stake, given the riches in this part of the country”, he adds.

The issue of insecurity in the country had already been described by the Comboni priest at the time that Pope Francis was supposed to visit the country in July, this year.

“The issue of lack of security is serious, in cities as well, but especially in the East of the country, with many armed attacks, many tribal conflicts, and all this because of the interests in the minerals”, said the missionary at the time, referring to such riches as gold, diamonds, cobalt and coltan, which is a key component in the IT, computer and smartphone industries. The Pope’s visit was postponed for health reasons.

To make an offering to help ACN support the persecuted Church in DRC visit www.aidtochurch.org/drc