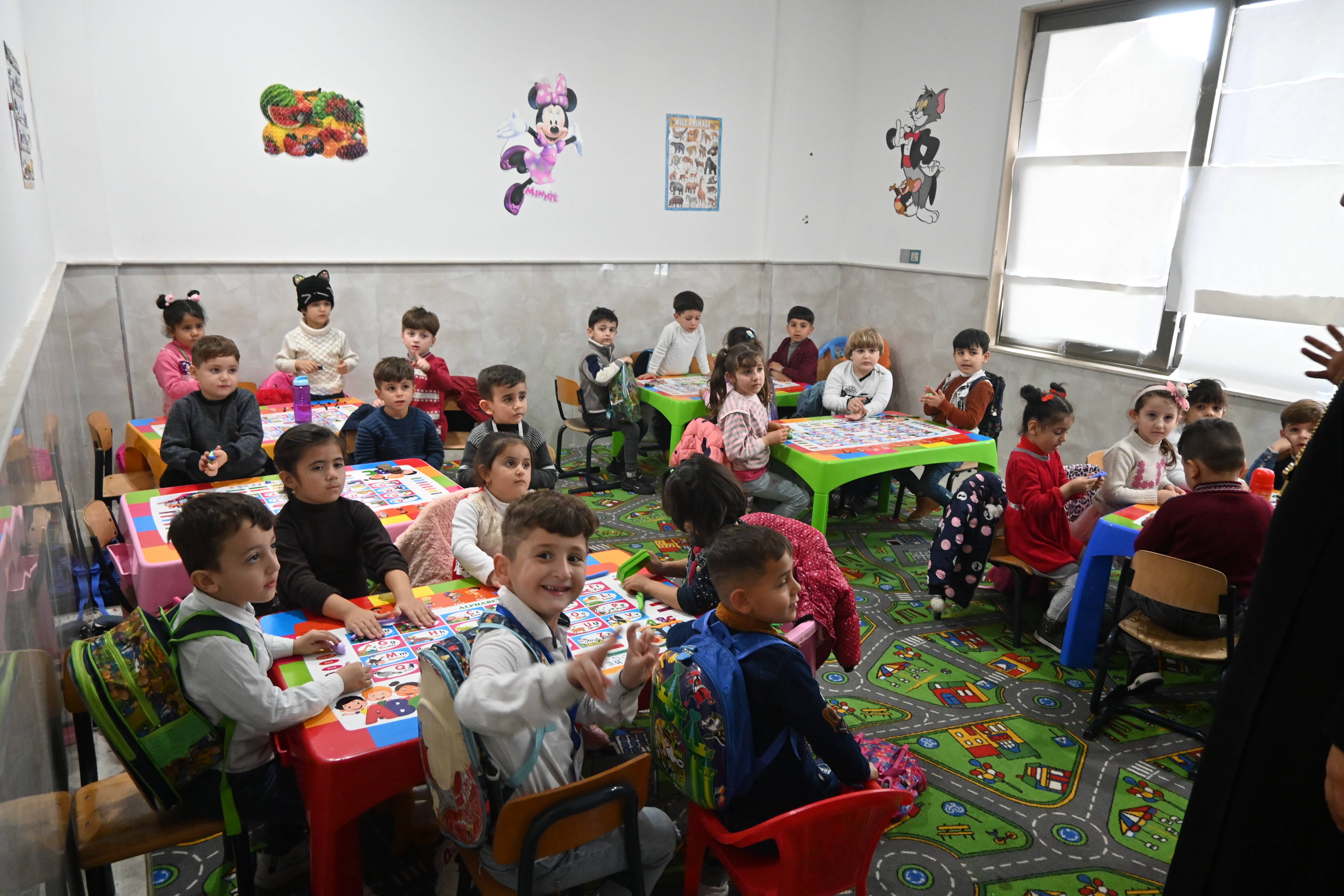 7000 rosaries for the children of the Nineveh Plains – A gift to Mary!

Given the COVID pandemic, travel has been severely restricted leaving the box full of rosaries sitting in the ACN headquarters. However, John, an ACN consultant engineer, was due to travel to Iraq and Kurdistan to monitor some ACN construction projects in the Nineveh Plains. He saw the rosaries and lamented about how some children in Iraq had to use their knuckles to keep count of their ‘Hail Marys’. It didn’t take long to agree that supply had to meet demand and that those rosaries could not sit there any longer, unprayed! With the help of ACN staff's children, they bundled the rosaries into packages of 100. Soon they had an overweight suitcase filled with 70 such rosary-filled envelopes: 25 Kgs, ready to fly!

“It was quite an evening. Mgr Nizar was so excited he wanted to go out to a catechism class and pass out rosaries. I gave a little introduction where I explained a bit about The Million Children Praying the Rosary and how Our Lady is sensitive to the prayers of young people because they pray from the heart. The kids were excited when they came to pick up their rosary. Then they all, about 90, gathered on the altar to pray a decade. It has been a special evening," reported John straight after the blessing.

Along with the decade rosaries, he distributed the rosary praying leaflets in Arabic for the children. The rosaries and leaflets were presented to religious sisters and parish priests who are involved in the Catholic schools, Kindergartens, catechism groups, and an orphanage and through them, they reached the children. Just to mention a few: Sr. Clara Nas, Mother Superior of the Dominican Sisters of St. Catherine of Sienna happily received 700 rosaries, the children at St Afram parish school Quaraqosh received 200 rosaries, Fr. Amar received 2000 rosaries for his Al-Tahira parish, and also 200 rosaries went to the children of St. George Syriac Orthodox parish and school in Bashiqua. Newly ordained Chaldean Bishop Thabet Yousif Al Mekko of Alqosh also received rosaries and flyers for St Adday parish in Karamles.

This gift from ACN benefactors to the Catholic children of the Nineveh Plains arrived just in time for the start of the Advent season, to accompany Mary in prayer and joyful expectation for Christ’s coming. And really, it is a gift to Mary, as Father Martin Barta, Ecclesiastical Assistant at ACN International reacted with gratitude at the enthusiasm with which the rosaries were received: “It really made us very happy but much more, it made Our Lady happy and smiling.”

Thank you all for praying with us!

Featured Image: Trip of John Smith in Iraq distributing rosaries in Schools and Kindergartens. Copyright: Aid to the Church in Need.