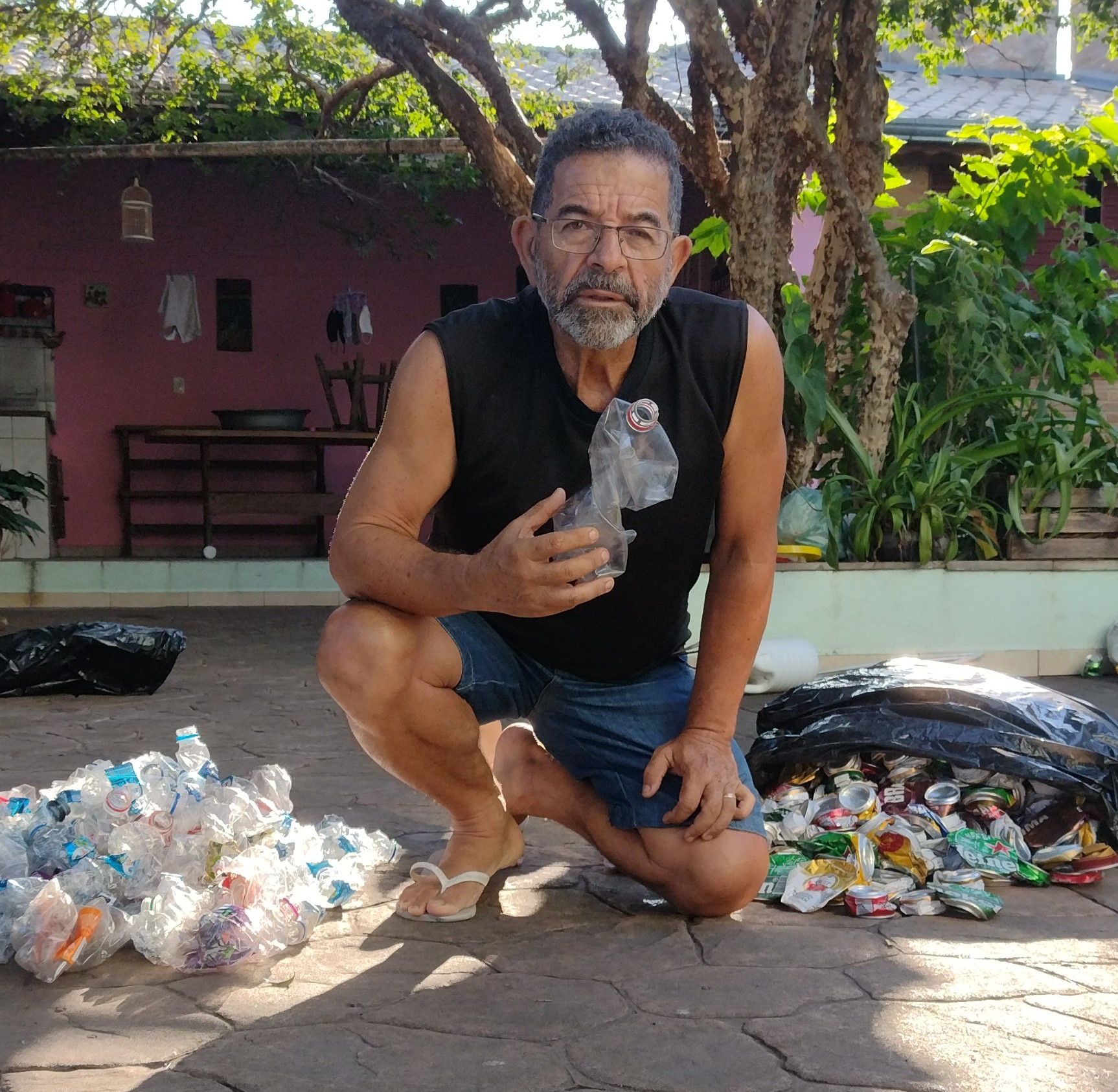 A gift that comes from sacrifice, and recycled love

Every year, on the feast of the Sacred Heart of Jesus, ACN and its project partners throughout the world pray and celebrate Holy Mass for the intentions of all the benefactors who support the charity via its 23 national offices.

Every donation that arrives at ACN is a cause for much joy and gratitude. Behind each of these gifts is an incredible story, many of which we will only learn about in the afterlife. However, sometimes God grants us a peek at these sacrifices, to show us that humanity is still capable of a love that defies all explanation.

One such example is the story of André Silvestre, 64, who lives in Caçapava, São Paulo, Brazil. Every day, he repeats the same routine. He leaves home at around 5:30 AM and pedals around the streets of his city, stopping at every rubbish heap to collect tin cans and plastic bottles. He returns home with bags full of this material and gets to work on the next stage of his mission: separating and crushing each bottle and can. He doesn’t need to do this work, although it is a way of helping the local recycling team. Once all the material has been converted into cash, it becomes a donation to ACN, a precious gift for the suffering Church that comes from sacrifice itself.

The idea of collecting recyclable material for donations began when André met Antônio, aged 81, who walked 10 km every day gathering bottles and cans which he then sorted and sold for his own sustenance. Touched by this story, André decided to take on some of his kilometers, and collect material to give to him. Later, when Antônio died, André decided to “recycle” his initiative. Having learned about the work of ACN through television programs, he was inspired to find a new destination for his generosity: “I realised that ACN could reach ‘Antônios’ all over the world, and do more than I ever could with that money”.

Eventually, the walks became difficult for André because of back pain and sciatica. But if his body was showing signs of fragility, his heart was stronger and more enthusiastic than ever. Despite having perfectly valid reasons for putting an end to this labor of love that he carried out every day, he found a way to overcome the difficulties. He took to riding his bicycle, and going even further in search of recyclable material.

Acts of goodness tend to be contagious, and as André’s generosity became known around the neighbourhood others started separating material in their homes to sell and convert into financial help for those who suffer. As he managed to raise even more money, he was able to increase the scope of the help: the bottle caps are now separated and donated to the city shelter so that it can get food for the needy. “This way everybody wins, especially me! I am much healthier since I began doing this morning exercise, and I’ve even lost a few kilos that had been following me around since I got married”.

André’s simplicity raises the question of how far we are willing to go to help our brothers in need. Of course, we have all been facing big challenges, especially with the pandemic, but in the words of Saint Augustine: “One whose heart is full of charity has always something to give”. Sometimes even the simplest gestures in favour of our brothers can be expressions of love. Why not recycle this idea?

Featured Image: ACN benefactor André Silvestre with the cans and PET bottles he collects to help ACN. Copyright: Aid to the Church in Need.