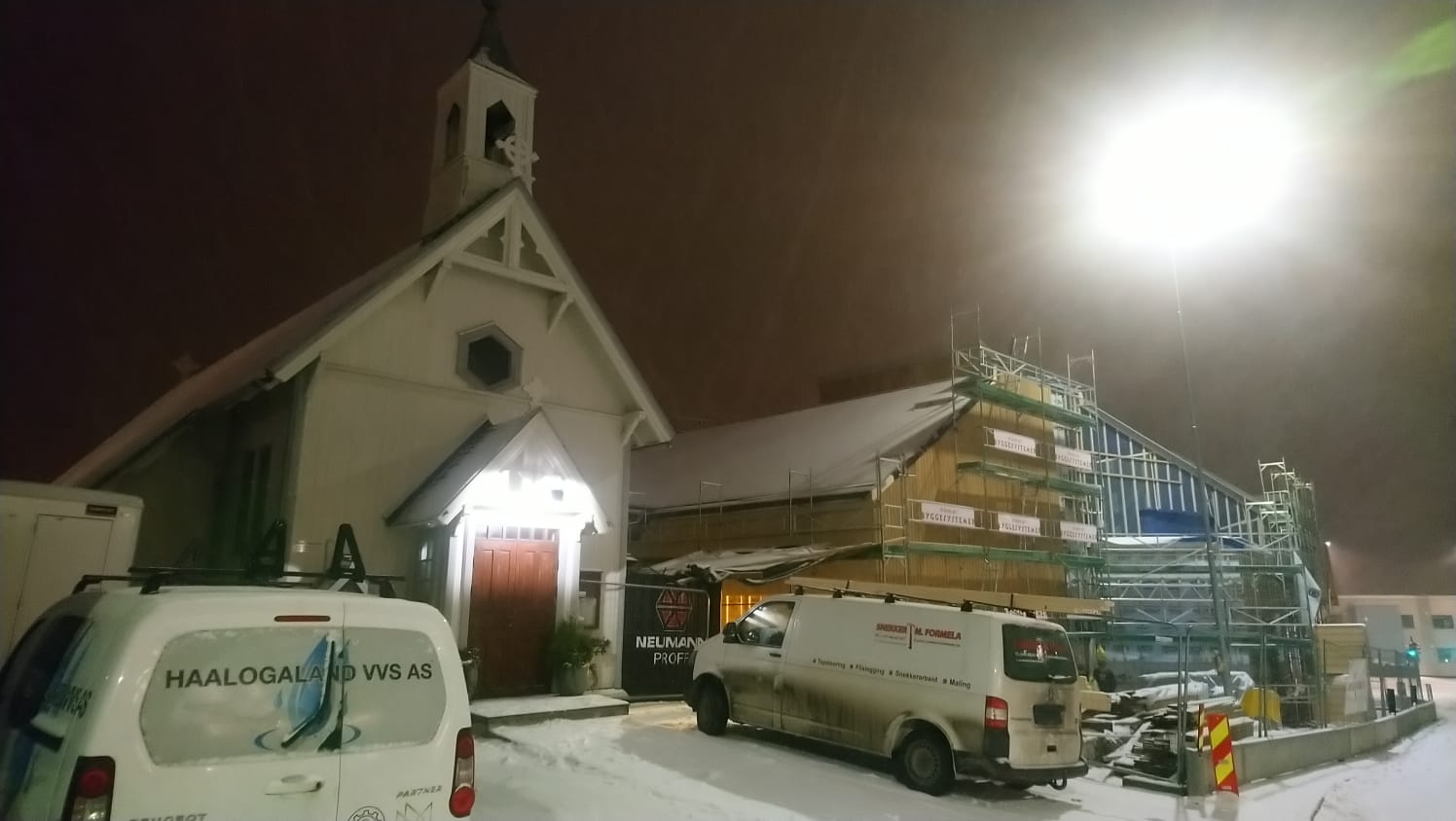 A poor Church in a rich country

Not only is the weather harsh and cold north of the Arctic Circle, but the religious climate is also anything but pleasant at times for the handful of Catholics living in the Norwegian city of Harstad on the island of Hinnøya. Aid to the Church in Need (ACN) helped the parish rebuild the priest’s living quarters and the parish house, which was destroyed by fire in 2015. It is the northernmost project of the international Catholic pastoral charity.

Father Gunther Jäger grew up in Lower Bavaria, which is still quite apparent from his accent, and that in spite of the fact that he has spent more than half of his life in Norway. As a young man, he joined a monastery of the Canons Regular of Saint Augustine in the Norwegian city of Molde and then completed his priestly formation in Scotland. However, after his ordination to the priesthood, he did not return to the monastery, preferring to work as a priest in the parish. Five years ago, he was sent to St. Sunniva in Harstad, which is located about 250 km north of the Arctic Circle, making it one of the northernmost parishes on Earth.

“We live in an extreme diaspora,” Father Jäger says, but without a trace of melancholy in his voice. However, he does admit that the situation is not easy. Harstad has about 25,000 inhabitants; of these, about 250, or around 1%, belong to the Catholic faith. Catholics are even fewer in number than Muslims. While the building for the parish house and its living quarters for the parish priest is being rebuilt, Father Jäger moved into a flat in the house next door to the church. As it happens, a mosque is located on the ground floor of this building. About 75% of the country’s inhabitants belong to the Evangelical Lutheran Church of Norway, although most of them are members only on paper. Attendance rates at Protestant church services are below 1%. 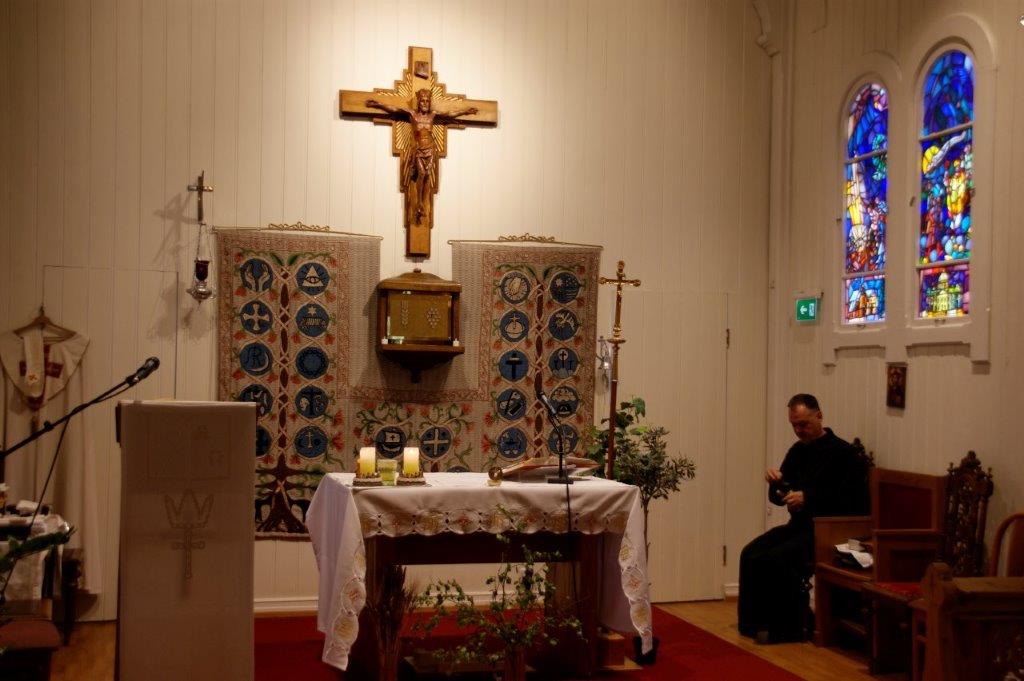 Construction of a presbytery, convent and parish hall in St Sunniva Parish. Gunther Jäger (parish priest). Copyright: Aid to the Church in Need.

The parish is highly diverse. Only about 10% of the faithful are native Norwegians, the remaining members come from 51 other countries and all continents except Australia. These include many immigrants who moved to Norway for work, for example from Eastern Europe, but also refugees from Africa and the Near East. “You can imagine what an enormous adjustment it is for these people to live north of the Arctic Circle,” Father Jäger explains, giving an example the polar night, which begins in mid-November and lasts for two solid months – a period of time when the sun never rises. The many different languages present another problem. The parish offers its own language courses in Norwegian and one evening Mass each month is held in Polish, another in English. The Sunday Bible readings used at Mass are laid out for parishioners in several languages.

Norway may be one of the richest countries on Earth, but this wealth is hardly noticeable for the small community of Catholics. “We don’t even have the essentials such as liturgical elements or books. We are a poor Church in a rich country.” And its situation has of course only been exacerbated by the current COVID-19 crisis. “We very much appreciate that ACN has made catechetical materials available in different languages, even in Farsi. We are also very grateful for its financial support when we rebuilt our parish.”

However, in reality, the priest does not actually spend a lot of his time at the church. The territory of the parish extends far beyond the city limits of Harstad. The parish of St. Sunniva has just under 1,000 members in total. The distances between parish members are often enormous. “Sometimes I am on the ferry for more than three hours when I go to visit my parishioners. In most places, we don’t have our own church building. We usually have to rent space in the halls of the Protestant churches or other facilities to hold our divine services,” he explains. Nevertheless, Father Jäger recognises that the unusual circumstances in his parish also have advantages. “The geographical distance to the members of my parish may be large, but this makes me feel all the closer to them on a personal level. I have almost nothing to do with administration or committee work but am directly involved in the lives of the people. The small size of our parish gives me a lot of time to take care of individual needs and for pastoral care.”