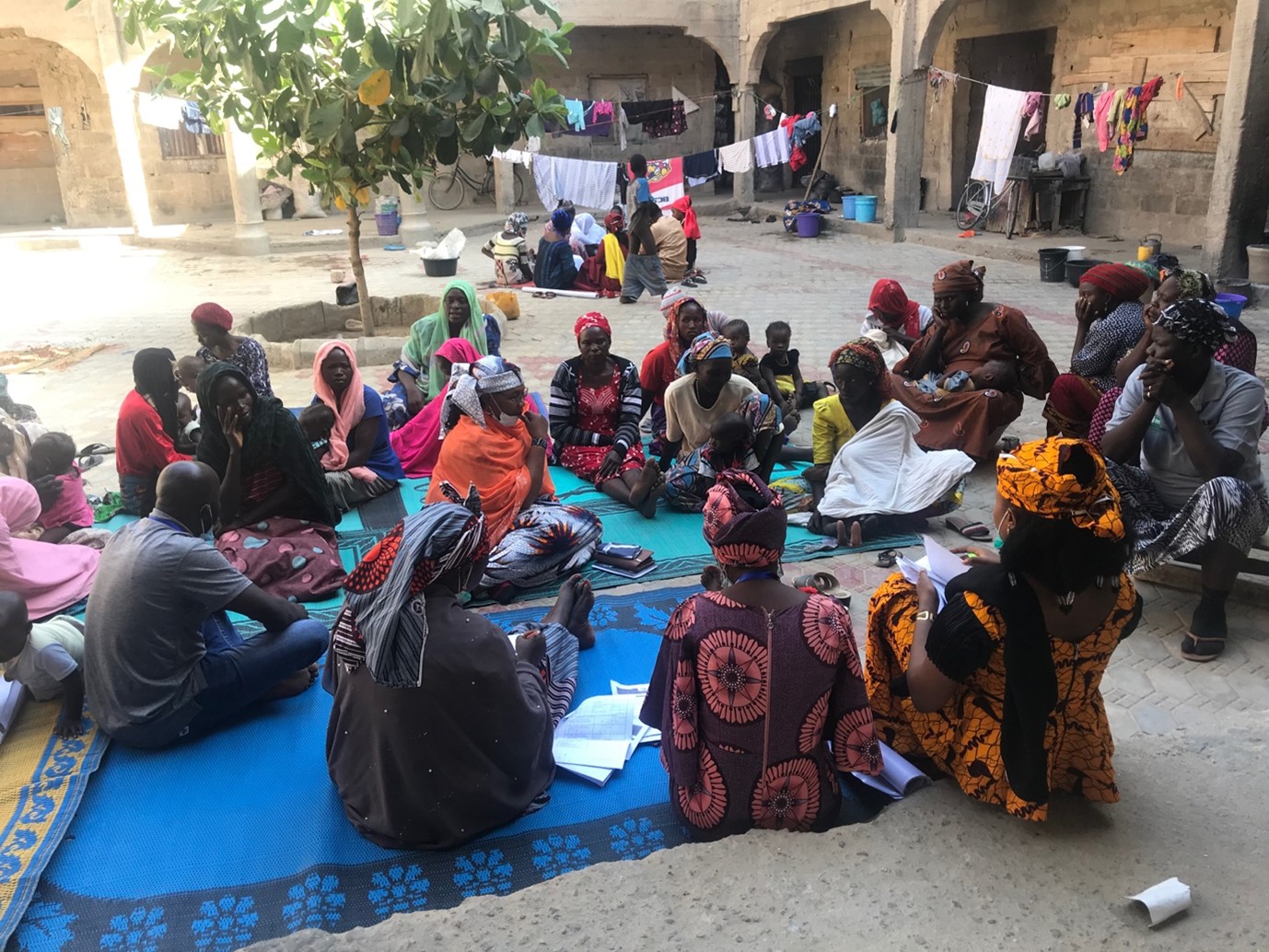 ACN: Aid for the victims of Boko Haram

Unadulterated horror and new life often go hand in hand in Nigeria. The deeply moving story of one of the victims of Boko Haram is one such example.

S. will never forget that horrible day in November 2018. She has relived it over and over again. And still does. Now a 21-year-old woman, at that time she was living with her sisters and parents on a farm in the north-eastern part of Nigeria, only a few kilometres away from the provincial capital of Maiduguri. S., her younger sister and her parents were outside when a group of young men surrounded the farm. They had arrived on motorcycles. They demanded that their father hand the girls over to them. Or else they would kill him. It is difficult to find words to describe what happened next. When her father refused to give his daughters to the men, S. was suddenly left holding his head in her hands. The men of the Islamist terrorist organisation Boko Haram had beheaded him in cold blood. S. fainted. “From that moment on, she has been plagued by flashbacks. She lives with the constant fear of being killed,” Father Fidelis Bature, clinical psychologist and project partner of the pontifical foundation ACN International, explains.

However, her martyrdom did not end there. It had only begun. One morning after she had lost consciousness, she awakened to find herself in the middle of the bush. She quickly realised that the young men had taken her with them to a camp of Boko Haram. Father Fidelis does not describe the horrors that she experienced there. He only says, “S. was repeatedly tortured and abused in all imaginable ways.” She finally managed to escape. Wounded, exhausted and in pain, she met an old man who helped her reach safety. However, no matter how hard she tried, S. was not able to remember where the house of her parents lay. It took hours for her to piece everything together so that she could be taken back to her mother and her siblings.

“At that time, S. could neither speak nor explain what had happened,” Father Fidelis recalls. Her mother brought S. to him. He determined that she had been deeply traumatised. “She saw spirits and people without heads. She was plagued by constant flashbacks, hallucinations and disturbing thoughts.”

S. is one of the many victims of Boko Haram who receive assistance at the “Human Resources and Skill Acquisition Centre for Trauma Healing” operated by the diocese of Maiduguri. ACN supports the initiative as it attempts to heal those who have been deeply wounded in their souls. Father Fidelis works at the centre.

Many in the region have suffered the same fate as S. For years, they have been plagued by militant Islamist terrorist groups seeking to establish an Islamist state. The groups have been the source of much suffering among Christians and Muslims. “The Boko Haram crisis has caused untold hardships. People have lost their lives and their livelihoods. Many are still living in camps,” Father Fidelis says.

And this is exactly where the work of the Catholic diocese of Maiduguri begins. Psychological support services have systematically been built up over the last few months using the following procedure: experts train so-called lay counsellors, who then visit the refugee camps to offer psychological first aid, group counselling and psychosocial support. Individual cases are handled by a team of two specialists. Particularly severe cases are referred to the state neuropsychiatric hospital.

However, the Catholic priest emphasises that the centre’s work is not only focused on providing immediate psychological aid. His organisation also helps internally displaced persons regain a foothold in life and integrate into society. “We work with all parties involved to create awareness of the dangers of stigmatization, intra-communal clashes between internally displaced persons and host communities and the need for social integration.”

Thanks to the funding provided by ACN for this essential service, hundreds of people have been able to begin a new life after having survived the terrorist violence of Boko Haram Islamists.

S. is doing much better. She was prescribed medication and therapy. The hallucinations have disappeared. She is eating better again, she is sleeping normally. She has made great progress towards living a relatively normal life. At the moment she is in training to become a seamstress.

Today, S. only comes to the centre for periodic follow-ups. The focus of her therapy is now on supporting her career plans and building a future. S. wants to make more out of her life and does not want to give Boko Haram the last word. “She came back to thank us and to ask if she could continue her education, as she has only a secondary school leaving certificate. She has now registered for the university matriculation exams,” Father Fidelis reports.

Featured Image: Human resources and skills acquisition centre for trauma counselling in the Catholic Diocese of Maiduguri, Nigeria. Copyright: Aid to the Church in Need.