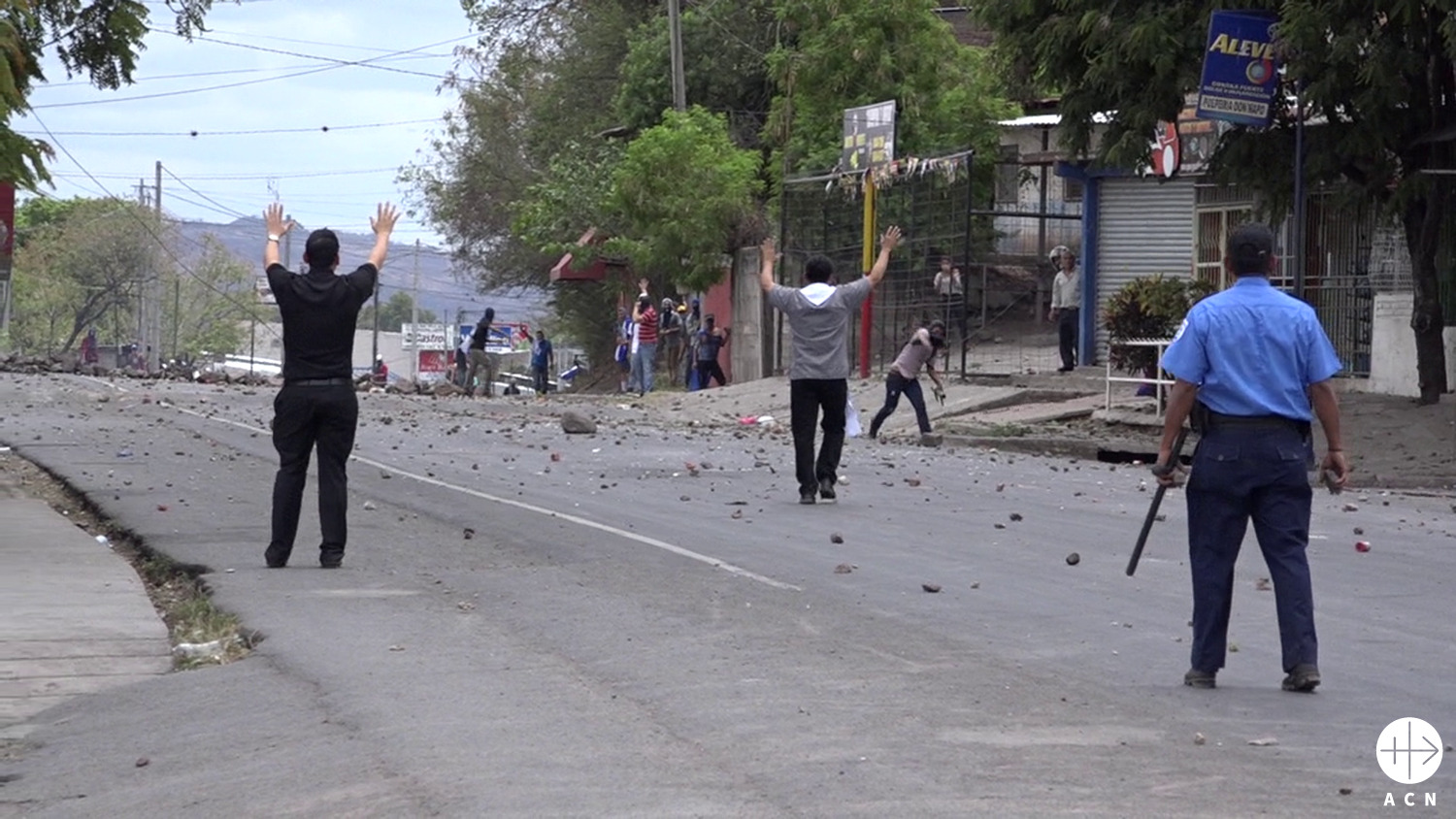 ACN calls for prayers for Nicaragua: “We are witnessing an attempt to silence the Church in Nicaragua”

The charity recalls the message of the communiqué issued by the Nicaraguan bishops’ conference on August 7, which quotes the words of Scripture: “If one member suffers, all suffer together” (1 Cor 12:26) and invites people to pray for peace and stand in solidarity with the Christians of the country.

Pope Francis also expressed his concern and pain at the difficult situation Nicaragua is experiencing, when he spoke after the Angelus prayer on Sunday 21 August.

“Nicaragua continues to be convulsed by the crisis that began more than four years ago. The situation in this Central American country is critical, with great polarisation and confrontation. We believe that prayer is more important than ever at this time”, commented Regina Lynch, the international projects director of ACN.

Following a sharp increase in government hostility over the past few months, at 3.00 a.m. on 19 August the national police forced their way into the offices of the diocese of Matagalpa and abducted Bishop Rolando Álvarez together with the other people present with him in the chancery at the time. His arrest represents an increase in the political pressure against him which began on August 4 with the blocking of all access to the curia for those deemed to be political agents. According to the official communiqué published later by the police, the operation was conducted “in accordance with constitutional duties in regard to the security, good order and peace of Nicaraguan families.”

“These events represent a further escalation in a spiral of confrontation”, said Regina Lynch. “We are witnessing an attempt to silence the Church in Nicaragua. And there is no easy solution. We need to support them as much as possible. We must pray that there may be a peaceful solution and not a further increase in hostilities”, she added.

Bishop Álvarez, who in addition to being the Bishop of the diocese of Matagalpa is also Apostolic Administrator of the vacant See of the Diocese of Estelí, is currently living under house arrest in his own family home close to Managua, with a constant police guard. Three other priests, a deacon, two seminarians and a photographer were also arrested with him and are currently being held in the notorious El Chipote detention centre in Managua, where political prisoners are regularly held.

At the present time, there are in total six priests imprisoned in the country, including, in addition to the three already mentioned, two priests from Granada and one missionary priest from Siuna who has been detained since August 14, without any known charges to date.

Bishop Álvarez has been one of the voices denouncing the social crisis his country has been experiencing in recent years. In less than four years the Catholic Church has suffered more than 190 attacks and acts of profanation, as has been outlined in the most recent study by Martha Patricia Molina Montenegro, “Nicaragua: a persecuted Church? (2018-2022)”.

In addition to the direct acts of repression against individual members of the clergy – including the expulsion of the Apostolic Nuncio in March this year - there is also the prohibition of processions in the streets, the interruption of religious celebrations, the intimidation of the faithful by police deployments around churches and the threat to transport owners of the loss of their vehicle if they collaborate in the transport of faithful in a religious activity.

In addition, the government has closed down hundreds of NGOs, including a number of religious NGOs or those run by religious congregations. Among other measures widely criticised by outside observers was the expulsion of the sisters of Mother Teresa of Calcutta, who were engaged in work on behalf of the poorest and most vulnerable, and the shutting down of the bishops’ conference's television channel and eight other Catholic radio stations.

During his last visit to the international headquarters of ACN in 2019 Bishop Alvarez, who is responsible for the areas of communication and the laity and is at the same time president of the youth department of the bishops’ conference, stated: “I very much like the name of the foundation – Aid to the Church in Need – because the Church is in need. She is in need of prayer and of hope in order to be able to continue her prophetic role. The Church needs to continue being a people, opening her doors to everyone, without distinction.”

“We are all like the poor widow, both those who have much in economic terms and those who have very little. The secret is, as Saint Teresa of Calcutta said, – ‘to give until it hurts.' And so I say to the benefactors of ACN, please continue, without fear, as you have been doing, giving until it hurts, giving from what you need to live on, because in this way you are giving life to others”, the bishop appealed during his visit.

Featured Image: Violence in Nicaragua in 2018. Copyright: Aid to the Church in Need.