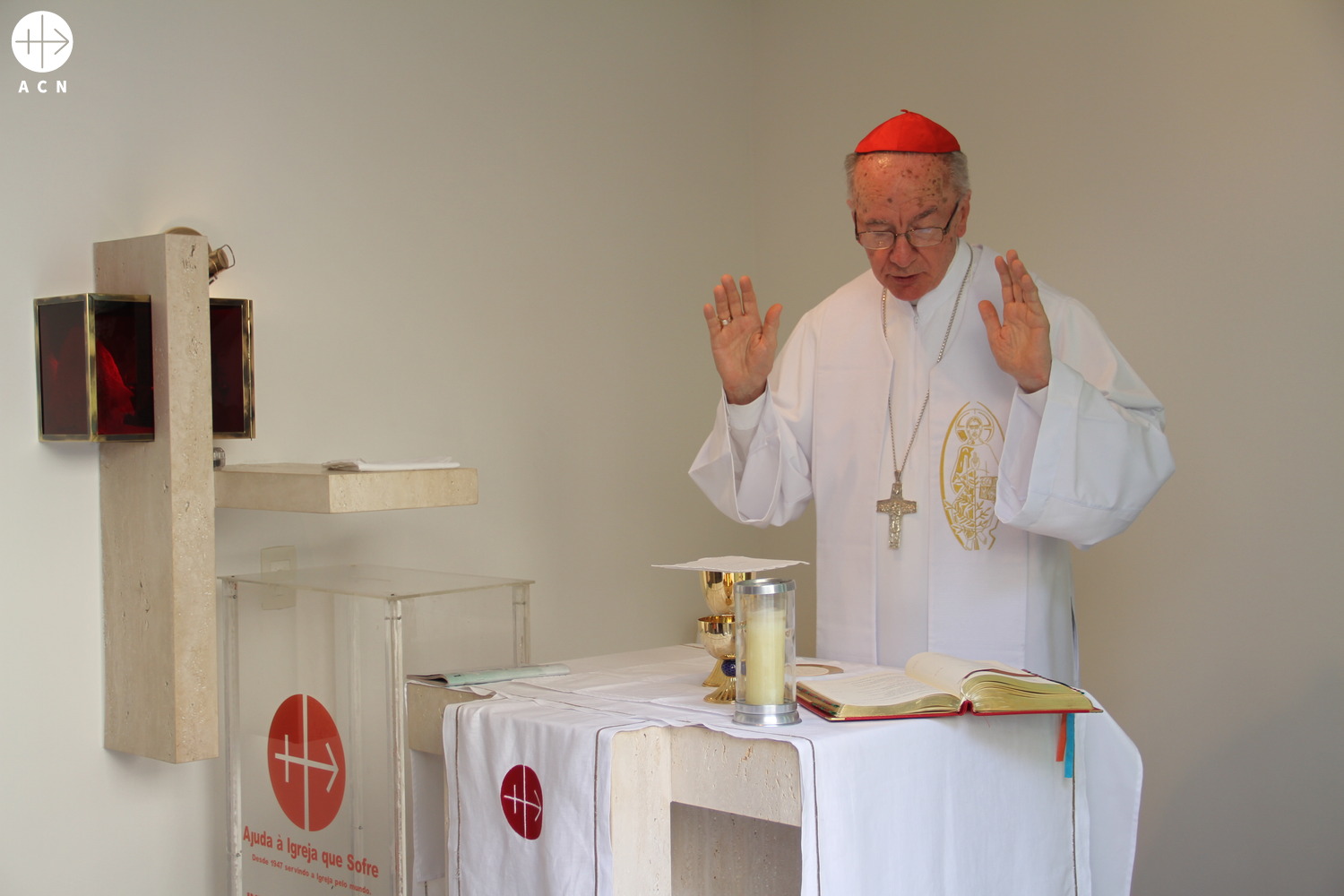 ACN Message of condolences on the death of Cardinal Cláudio Hummes

Aid to the Church in Need farewells a dear friend.

It was with great sorrow that the pontifical foundation Aid to the Church in Need (ACN) heard of the death of Cardinal Cláudio Hummes, emeritus archbishop of the Archdiocese of São Paulo, former prefect of the Congregation for the Clergy, and close friend of ACN.

Cardinal Cláudio Hummes was born in the city of Salvador do Sul (Rio Grande do Sul), on 8 August, 1934. He joined the Franciscan Order of the Friars Minor and was ordained to the priesthood on 3 August 1958. His episcopal ordination took place on 25 May 1975. He was bishop of Santo André, archbishop of Fortaleza, and archbishop of São Paulo. He was raised to the rank of Cardinal by Pope Saint John Paul II in 2001 and later called to Rome, to work with Pope Benedict XVI, between 2006 and 2011, as prefect of the Congregation for the Clergy.

During this phase, he also accompanied the transition of ACN to the status of pontifical foundation. Upon his return to Brazil, he took up the chairmanship of the Brazilian Bishops Conference’s Episcopal Commission for the Amazon, as well as the newly-minted Ecclesial Conference of the Amazon (CEAMA).

He worked closely with ACN, having received charitable support from the foundation as a seminarian, and carried out several projects in partnership with it while archbishop of Fortaleza and São Paulo. Cardinal Cláudio Hummes was also a frequent guest at ACN headquarters in Brazil and even presided over the inauguration of the new chapel, in 2005. During his last visit to ACN Brazil, he encouraged all those present to be hopeful, saying: “ACN’s most fundamental work is mercy, mercy is what keeps the Church standing!”

May he rest in Peace!

Featured Image: Cardinal Claudio Hummes celebrating the Eucharist at the chapel of ACN Brazil in Sao Paulo. Copyright: Aid to the Church in Need.