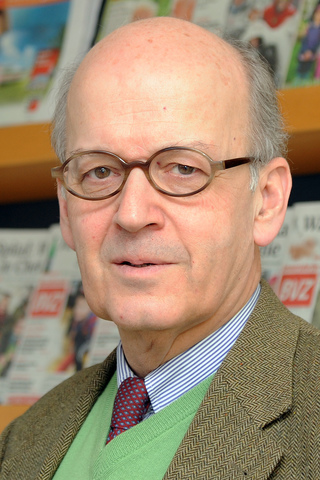 ACN takes stock of the situation of Christians around the world during 2020: Many dark shadows and a few glimmers of light

Coronavirus, terrorism and war – and once again a growing level of persecution.

The year 2020 has been a difficult one for many Christians around the world. At the end of the year, Thomas Heine-Geldern, the executive president of the international Catholic pastoral charity and pontifical foundation Aid to the Church in Need (ACN), took stock of the main areas of persecution, the work in defence of religious freedom, and also the signs of hope and the help that has been given. He was interviewed by Maria Lozano.

2019 was a terrible year for Christians. Has the situation improved or worsened during 2020?

In many countries, the coronavirus and its consequences have led to a further undermining of people's right to religious freedom. During this time many already oppressed Christians have suffered a real via Crucis of poverty, exclusion and discrimination. On top of this, there have been many deadly attacks against Christians. During 2020 Africa, in particular, has once again been a "continent of martyrs." In this context, I would like to remember, among others, the Nigerian seminarian Michael Nnadi, murdered in Nigeria, and Philippe Yargas, a catechist from Pansi in Burkina Faso, also murdered for his faith. And also all those victims of religious persecution who are still, as far as we know, alive – in particular Sister Gloria Narvaez in Mali.

You referred to the coronavirus pandemic. What effect has it had on suffering Christians?

We have received many urgent appeals from many of the local churches. They were urgent cries for help. There are countries where the social discrimination against Christians has become still more intense as a result of the pandemic. I am thinking particularly of the Christian minorities in Pakistan and India. In many cases, it has been impossible for them to get any aid through the official state channels. Consequently, we have initiated an emergency aid programme. And many other regions, where Christians are among the poorest in society, have sent us requests for support in their pastoral and charitable work. It is precisely in such places where the Church is often the only source of help when the state institutions fail them. For the same reason, we also continued to support priests and religious brothers and sisters in their apostolate and ministry, for example in Ukraine, the Democratic Republic of the Congo and Brazil.

Which regions of the world will be the principal focus of ACN‘s aid in 2021?

The situation in the African countries of the Sahel region is of great concern to us, as is the situation in Mozambique. The religious extremism of violent, radical Islamists is on the increase here and threatens to destroy the existing peaceful coexistence between Christians and Muslims in these countries, as the extremists strive for power and economic resources. Hundreds of thousands of people have been forcibly expelled or forced to flee. Many organisations are withdrawing their agents for security reasons, but the Church is still there and caring for the people. Nigeria will likewise keep us very much occupied. This is an extremely important country for the entire continent, but terrorism and death lie like a dark shadow over so many of the people. We simply can‘t abandon them now.

For many years now ACN has invested a great deal of energy and resources into supporting the survival of Christians in the Middle East. Since the beginning of the war in Syria and the IS incursions and subsequent defeat in Iraq, the charity has supported aid projects in Syria and Iraq to a total value of over 90 million Euros. In addition to this, ACN has supported numerous projects for refugees in neighbouring countries.

What is the situation like in the region now?

Many Christians in the Middle East continue to feel insecure and are contemplating leaving their homelands. The economic and political situation in these countries is no source of comfort to them. Nor is the danger of jihadist violence in any sense finally overcome. Lebanon, a country that was always a source of refuge and security, especially for Christians in the Middle East, is in economic ruins. The situation generally is extremely grave, yet there are some small signs of hope. In the towns and villages of the Niniveh plains in Iraq, fully half of the Christian families have now returned to their former homes. And in Syria, too, rebuilding has started. The papal visit to Iraq, which has been announced for early March 2021, is likewise a great ray of hope. We are immensely grateful to the Holy Father for deciding to visit the Christians in Iraq. For they have great need of him.

Nationalistic movements and authoritarian regimes are already making life difficult for many Christians in Asia. India is a good example of this, which is why, for example, we have been engaged in campaigning for the release of the 83-year-old Jesuit priest, Father Stan Swamy, who is also suffering from Parkinson's disease. In a number of Asian countries, Christianity is being portrayed as a harmful foreign influence, which threatens the authority of the ruling party or the alleged religious unity of the nation. In India this is happening in the context of the so-called Hindutva, the notion according to which India should be governed according to Hinduist ideology, while in China the slogan is "sinicisation" – in other words, that the teachings and Tradition of the Church should be adapted to so-called "Chinese culture" – as interpreted by the Chinese Communist Party.

Every other year ACN publishes a report on the situation of religious freedom worldwide. The next report has had to be postponed on account of the coronavirus, however, and will now be published in April 2021. Can you tell us anything about it in advance?

Since the last report the situation has not got any better in regard to religious freedom; indeed it has grown worse, worldwide. During 2020, there were none of the kind of massive attacks against Christians and other religious minorities that we saw in the previous year. However, there is a great deal of discrimination and persecution that is either continuing in a less conspicuous way or else receiving very little publicity in the world media. The forthcoming report will seek to expose this fact clearly. In many countries of the world, although there is no visible, public persecution, there is increasing resentment and hostility towards believers. This is becoming increasingly evident in Europe as well. Christians today are faced by a radical and deep-rooted attack on two different fronts. On the one hand, there is the attempt to destroy the Christian roots of society and construct an exclusively individualistic society without God. On the other, there is the attempt to radicalise individuals and forcibly impose a fundamentalist Islamic worldview, by sowing terror and violence and falsifying religion and the name of God.