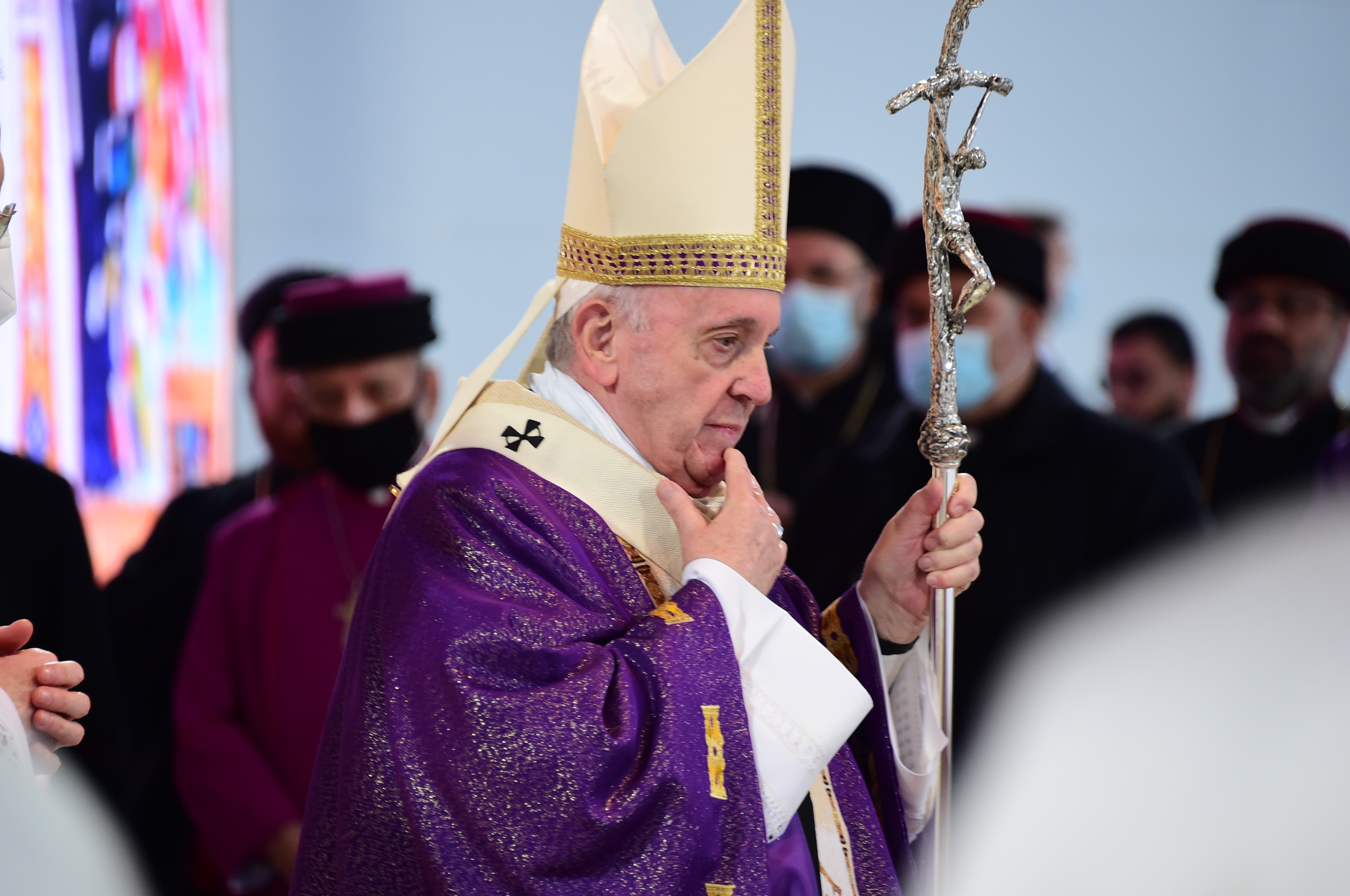 The head of the Greek Catholic Church talked with ACN about his hopes that Pope Francis will visit the war-torn country.

Archbishop Sviatoslav Shevchuk, head of the Ukrainian Greek Catholic Church, a Church that is in communion with Rome, explained in an interview with the pontifical foundation ACN International, that Ukraine is expecting a visit from Pope Francis. To quote the major Archbishop of Kiev-Halych, "Just as he recently visited Iraq, just as he will be going to visit different countries in the world in spite of the difficulties presented by COVID, so Ukraine is expecting the Holy Father to visit. I recall how one old woman recently approached me to say, ‘When the Holy Father comes and touches Ukrainian soil, then the war will come to an end.’”

The Major Archbishop went on to say that during his visit to the Vatican in late March, the Prime Minister of Ukraine, Denys Shmyhal, had extended an invitation to the Holy Father to visit Ukraine.

According to the Major Archbishop, the news of the meeting between the Pope and the head of the government had been well received within the country. “It was also a good sign that the relationship between the state of Ukraine and the Holy See would offer a means not only of preventing any form of escalation in the conflict in Ukraine but also of learning how to foster dialogue and reconciliation.”

Pope Francis has often drawn attention to the difficult situation in Ukraine, most recently during the papal address Urbi et Orbi given during the Latin Church’s celebration of Easter. Major Archbishop Shevchuk said, “We are very grateful to the Holy Father for his ongoing support, for his prayers and solidarity with Ukraine and the Ukrainian people.”

In view of the tensions between Ukraine and Russia, particularly in the eastern parts of the country, Major Archbishop Shevchuk emphasised that the situation in Ukraine cannot be resolved by military means, but only through diplomacy: “I’m committed to dialogue because with dialogue we can heal the wounds and peace will prevail over war.”

According to Major Archbishop Shevchuk, concerns are growing among Christians in Ukraine as the Easter celebration of the Eastern Church on 2 May approaches. “Our greatest fear is that the violence on the eastern border of our country may escalate.”

In its latest manoeuvre, Russia temporarily deployed up to 100,000 troops in the region. While Moscow itself called it a troop exercise, Ukrainian and international observers consider it a deliberate provocation.

During the meeting with ACN International, Major Archbishop Shevchuk, who is currently the chairman of the Ukrainian Council of Churches and Religious Organisations, reaffirmed the interfaith council’s call for an Easter ceasefire in east Ukraine, the region that Ukraine and pro-Russian separatists have been fighting over for years. “We pray that the joyful liturgical chants will prevail over the voice of the cannons and guns. We pray for peace. It is our greatest desire that the Resurrection of Christ, the King of Peace, will bring us relief from the violence and the fear that we will be attacked once again.”

According to the Major Archbishop, the people are dependent on assistance from the Church. “The priests and parish communities are their only salvation. This is their only way of receiving any form of support or help. This is why we decided to remain with our people. And our priests there are doing outstanding work.”

However, the COVID-19 pandemic has placed massive restrictions on the pastoral work of the Church. “Many of us have started to broadcast our divine services online to give our parishioners the opportunity to participate in Holy Mass and Sunday Mass online.” This reminds the Major Archbishop of the times of persecution under the Soviet regime.

“At that time, the only way to receive some kind of spiritual support was to listen to Vatican Radio. It is almost exactly the same situation all over again.”

The Major Archbishop then talked about how pastoral care was currently reaching its limits because of the few possibilities for administering the sacraments. “We can pray, we can preach online, we can even meditate on Holy Scripture online. But we cannot administer the sacraments online. And that is a major source of suffering at the moment,” he deplored. “But nevertheless, we are preparing for the most joyful feast of the year, the Resurrection of our Lord Jesus Christ.”

ACN International has been supporting the Church in Ukraine for many years. Since the conflict broke out in east Ukraine, the organisation has increased its aid for the Catholic dioceses in the war-torn regions. Without assistance from outside the country, neither the priests nor the parishes would be able to exist there. Another of ACN’s main areas of support is Christian media, which serves both as a source of information and as an instrument to relay the message of the Church.