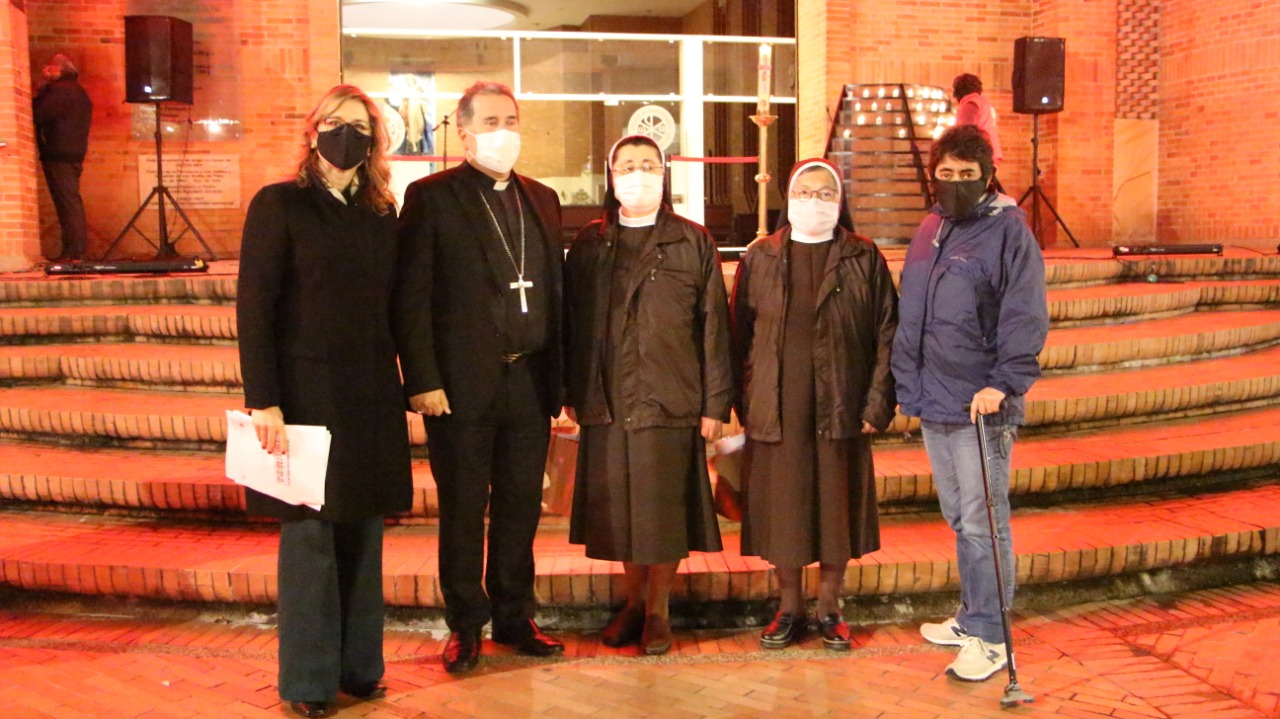 After 4 years of kidnapping, the Church continues to pray for the release of Sister Gloria Narvaez

The Catholic Church in Mali (Africa) continues to pray and work for the release of the Colombian sister Gloria Cecilia Narvaez Argoty, who was kidnapped four years ago on 7 February by jihadists linked to Al-Qaeda.

This is what the General Secretary of the Episcopal Conference of Mali, Father Alexandre Denou, said in recent statements to the national section of Aid to the Church in Need (ACN) in Portugal.

The priest recalled that in October 2020 they received good news about sister Gloria following the release of the 75-year-old French doctor, Sophie Pétronin, who was her companion in captivity.

“The information we have about sister Gloria Cecilia's state of health was provided by former hostage Sophie Petronin. The release of Sophie and other hostages was a sign of hope for us. It mobilised us again to pray and act for the sister's release,” said Father Denou.

The General Secretary of the Episcopal Conference of Mali also thanked ACN for its “concern and commitment” in the case of the Colombian sister, a member of the Congregation of the Franciscan Sisters of Mary Immaculate, who was kidnapped in the mission of this community in Karangasso.

Sister Rosa Julia Ibarra, representing these sisters, recalled during an event for the freedom of captive Christians held in November 2020 by the ACN Foundation in Bogotá, Colombia, that for them the situation is “painful” and that “it has been a very difficult time; to think that we have a kidnapped member, knowing that Gloria Cecilia is a woman of great commitment to the Church and to the cause of the poor.”

The Colombian sister had not been heard from since the video released as “proof of life” by her kidnappers in September 2018, which also featured Pétronin. After the latter’s release in October, during a conference at the Villacoublay military airport in Paris (France), Sophie Prétonin spoke about sister Gloria's situation. The French doctor learned that she would be released in the early hours of 5 October 2020. One of the two jihadists guarding the hostages told her: “Take your things, you're leaving.” Sister Gloria, who was possibly next after her, asked: “And me?” to which the Jihadist replied: “You stay for later!” In Paris, Pétronin demanded: “Something must be done for my roommate, Gloria, because she is not well.”

During the ACN event in Bogotá, sister Rosa Julia Ibarra said that “we know that our sister's condition is not the best. For the last four years she has been in the desert, alternating between 33 different camps of the jihadist group, and her health conditions are not the best because of this situation.”

She also invited everyone to continue to “ask for prayers for our sister, for the support that you can give us because we need to raise the voice of freedom, not only for Gloria but for all the kidnapped Catholics, for believers and non-believers in the world.”

Regarding the mission that Sister Gloria had before being kidnapped by the Support Front for Islam and Muslims (SGIM) in 2017, sister Rosa Julia Ibarra said that in Karangasso, a place where women suffered the ravages of discrimination and poverty, “she had a beautiful, wonderful project of commitment to women.” In that area only a minority of the population is Catholic and “they maintain a good relationship with the Muslim majority,” she commented.

Sister Gloria “established a literacy and women's promotion project there, in which about 500 women, both Christian and Muslim, participated.” She also cared for some 30 children in an orphanage and visited the sick.

“We have lost a dynamic, committed, apostolic woman; and the community in Karangasso has lost her, where she carried out her mission with women. I had the opportunity in 2015 to get to know the work that she started and accompanied”, said Sister Rosa Julia Ibarra. “To have a Christian, a Catholic, going through a kidnapping for her faith is a wound for the Church, and these wounds of the Church should hurt us as baptised. I believe we must raise our voice for the freedom of Gloria Cecilia,” the sister asked.

Sister Gloria had done 12 years of mission in Africa, in Benin and Mali. Her story was also remembered in ACN's Lent campaign in 2020.