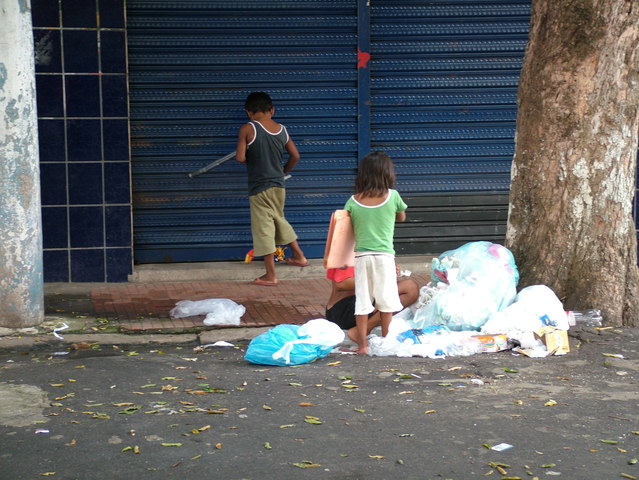 Amazonia - a breath of fresh life in the battle against COVID

In the last few days of January, Brazil reached the tragic total of 220,000 victims as a result of the Covid-19 pandemic. Brazil is the country with the second-highest number of deaths in the world due to the virus. In this context, the Amazonas region, which is often described as the "lungs of the world," is ironically suffering from the lack of something that is most basic to life: oxygen.

On top of all the depressing images of dilapidated and ageing hospitals under pressure and with few family members able to visit, in Manaus, the capital of Amazonas state, an even greater tragedy is unfolding: the difficulty in obtaining supplies of oxygen. People are leaving their sick relatives alone in the hospitals and going out desperately in search of this vital resource for the hospitalised victims of coronavirus. In order to obtain it, they are using up all their savings and in no small number of cases even taking out loans and getting into debt, just to meet the cost and so guarantee a few more hours of life to their nearest and dearest.

There are families who tell us that they have paid the equivalent of 900 Euros just to be able to provide their loved ones with an extra three hours of oxygen, in other words, another three hours of life. This is equivalent to over four months salary for an average family in the Amazonas region. The local Church has sent out an emergency appeal for funds in order to be able to help those in greatest need. But despite all their efforts, in less than a week over 50 patients have died as a result of the lack of oxygen in this region of Brazil. Others have died because there are no available beds in the ICU wards, or because it has been impossible to transfer them to other hospitals.

In January alone a total of 2,195 people in Manaus died of Covid-19, an increase of more than 700% compared to December 2020. And this collapse in the healthcare system has still not been resolved. To this day there are over 600 people in the state of Amazonas with Covid-19 who are still waiting for a hospital bed, while at the same time the supply of oxygen bottles remains at the very limit.

In some respects the problem has worsened, affecting other urban centres in Amazonas and other states in the north of Brazil as well. Speaking to the international Catholic pastoral charity and pontifical foundation Aid to the Church in Need (ACN), Archbishop Leonardo Steiner of Manaus explained how, in a region where the rivers are the main access routes, the Church is making every effort to coordinate the aid measures, together with the other bishops of the region. “By doing so we are able to identify the main needs and work out how we can support and help one another mutually,” he said. “The biggest difficulty is the sheer distances and the problem of access to the hospitals that are equipped for helping the most severely ill. Today we were able to send oxygen to a number of towns; this was an enormous help. Now we are trying to locate mini production plants for the supply of oxygen, which would resolve a number of problems.”

The collapse of the healthcare system in Amazonas has plunged many people into real poverty. “The number of the poor has grown, and the difficulty of finding food for our brothers and sisters living on our city streets has likewise grown still greater”, Archbishop Steiner explained. In response, the local Church has stepped up its aid for people living on the streets. The Archbishop confirmed that “with the growing need to help our most needy brethren, especially when it comes to providing food, we are looking for additional resources. After the second wave, we are going to be much poorer than we already are at present. And we have also suffered the loss of three priests and many other members of our communities as well.”

ACN has offered support for the Church in the most at-risk regions of the Amazon basin. “We have offered help to a number of dioceses in these regions and we are hoping to be able to respond concretely to the present crisis. Meanwhile, we are continuing to help the Brazilian Church to pursue its mission of providing spiritual and also material help to the most needy during the pandemic,” explains Rafael D’Aqui, who is responsible for ACN’s projects in Brazil. “During 2020 we supported hundreds of projects, enabling priests, religious and missionaries to continue their heroic work, while at the same time observing all the necessary healthcare measures. Once again ACN is counting on its benefactors so that we can help those most in need.”

Archbishop Steiner expressed his gratitude for the solidarity of so many benefactors. “It is gratifying to read the messages of hope that many people have sent us. It gives people fresh courage to know that Pope Francis is present with his words and generous support. It is so good for the Brazilian Church to see the world supporting us with their words and donations. The pandemic itself leads us to meditate on the value of life, the transitory nature of things, the essence of our existence, the beauty and joy of the Gospel. It is in such moments of suffering and sadness that we feel ourselves most strongly to be a family and close to one another. God is so much present among us; it is palpable.”

Featured Image: Children on the streets near the port of Manaus. Copyright: Aid to the Church in Need.