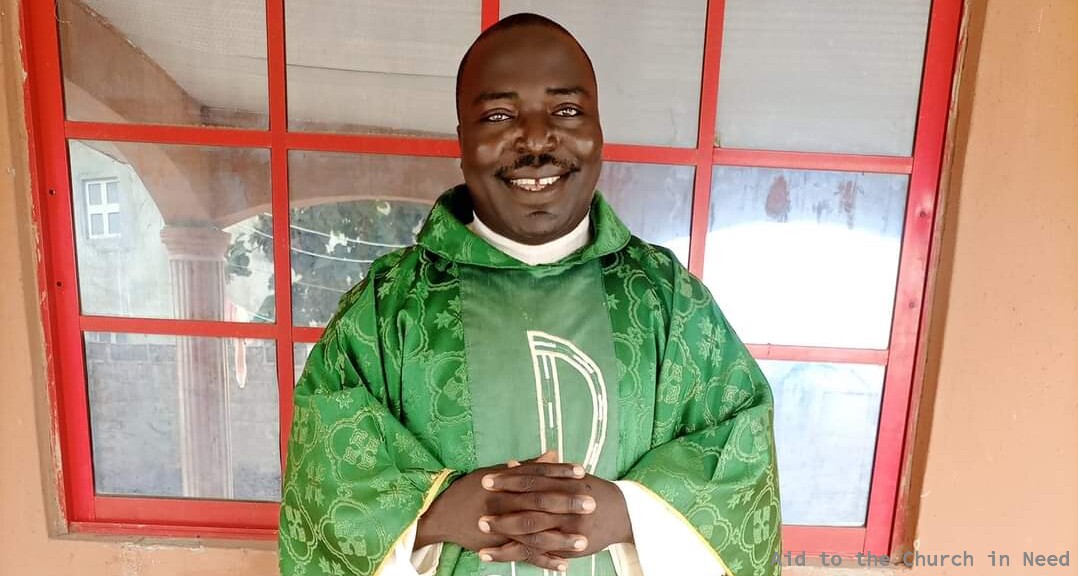 Another priest killed in Nigeria

Father Mark Cheitnum was deeply engaged in giving a voice to the innocent victims of violence in his diocese. He is the fourth priest to be murdered in Nigeria in 2022.

In another sad episode in the list of priests killed in Nigeria, on Tuesday 19 July, the Catholic Diocese of Kafanchan announced the “gruesome murder” of Father John Mark Cheitnum, Director of Communications of the diocese, situated in Kaduna State, Northwest Nigeria.

Fr. Mark was abducted with another priest, Fr. Donatus Cleopas, on Friday 15 July, and "brutally killed on the same day" according to an official statement received by Aid to the Church in Need (ACN), signed by the Chancellor of the Diocese, Fr. Emmanuel Okolo. According to the statement, "his corpse was later discovered already decomposing on Tuesday 19 July."

The other priest, Fr. Donatus Cleopas escaped from his abductors on the same day.

Fr. Mark was 44 years old and had been a priest for nine years. As well as being diocesan Director of Communications, he was also parish priest of St. James', Fori, Jama'a LGA, chairman of the Christian Association of Nigeria (CAN) in Jama'a Local Government, and coordinating chairman of the same organisation in Southern Kaduna.

During a visit by ACN to Kafanchan, in 2017, the late Bishop Joseph Bagobiri and Father Mark met the charity’s representatives and explained the terrible impact and increasing number of attacks by Fulani herdsmen terrorists in his diocese, in the southern part of Kaduna State.

Maria Lozano, head of press of ACN International, was part of the delegation, and now, on hearing the news, expresses her concern and sadness about the killing of Father Mark: “It is tragic, another priest killed in Nigeria, which brings the total number to four this year alone. Father Mark was deeply engaged in giving a voice to the innocent victims of violence in his diocese, who number in the hundreds, at least. Now he himself has become a victim in this spiral of death.”

“The Diocese of Kafanchan has been suffering from terror and violence for many years. I remember that when we visited Bishop Bagobiri and Father Mark there was a curfew and we couldn’t spend too much time in the diocese, we had to leave in the afternoon because it was too dangerous. Terror and fear are affecting not just Kafanchan, but the whole state of Kaduna, and the violence has been spreading to Benue and other parts of the Middle Belt.”

In a separate message, the directors of communication of the Catholic dioceses in Nigeria urged the government to do whatever is necessary to provide security, protecting the lives and livelihoods of priests in Nigeria. The Catholic Church has been very critical of the Government, accusing it of inaction during the spate of kidnappings, attacks, and murders that have become commonplace in the country.

The Diocese of Kafanchan declared two days of prayer for the peaceful repose of the soul of Father Mark, and the souls of all the faithful departed.

Featured Image: Fr. John Mark Cheitnum, who was killed in the diocese of Kafachan on 15.07.2022. Copyright: Aid to the Church in Need.