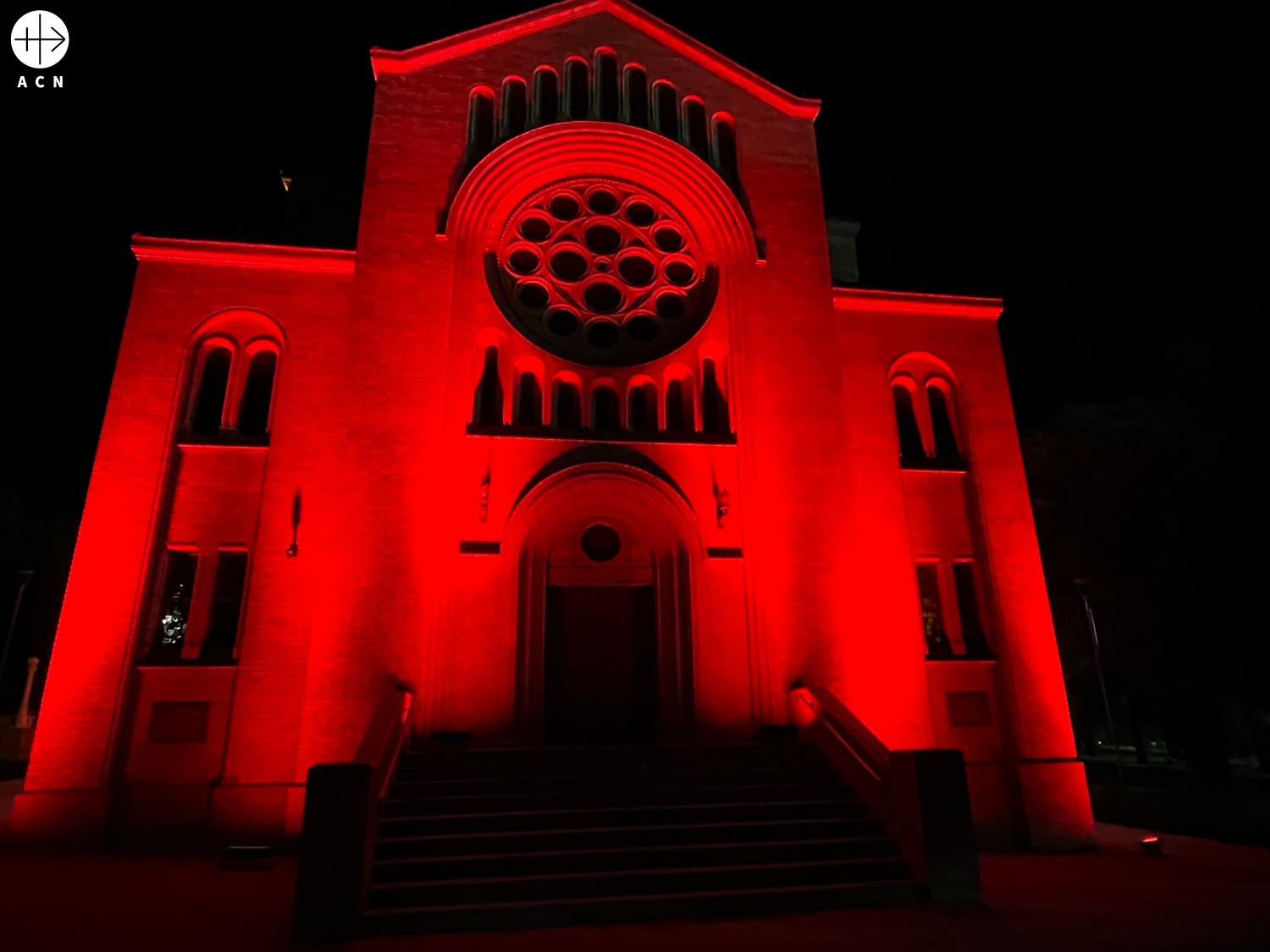 The Apostolic Nuncio to Australia, Archbishop Charles Balvo, has sent a message of support for the Red Wednesday initiative, organised by Aid to the Church in Need (ACN) to call attention to victims of religious persecution.

"On the occasion of the observance this year of Red Wednesday, I’d like to express my appreciation to Aid to the Church in Need for taking this initiative", said the Nuncio.

The archbishop recalls that he took part in RedWeek events during his time as Nuncio to the Czech Republic, before being posted to Australia. “We began the observance with a common celebration involving the Catholics, Protestants, and Jewish representatives in the historic Charles University and then we walked to three prayer places of worship, a Catholic Church, a church belonging to the Czechoslovakian Church, and then lastly to the Old synagogue which is one of the oldest places of worship in the world”. Other buildings, such as the Ministry for Foreign Affairs, in Prague, were also lit up in red to mark Red Wednesday. "We offered prayers for persecuted Christians and others persecuted for their faith around the world", he explains.

In his message, he also thanked ACN for the financial support he received while Nuncio to Kenya and to South Sudan, which was aimed at supporting the local churches, priests and religous who carry out their ministry under very difficult conditions. “Personally, I’m very grateful to ACN for all of its assistance that was provided while I was the apostolic nuncio in those two countries”, Archbishop Balvo says.

"I join this initiative to defend those who live their faith", the Nuncio concludes.

The international Red Week campaign initiated by ACN takes place this year between 16 and 23 November. People all over the world are reminded of the plight of persecuted Christians and the lack of religious freedom in many countries, with buildings and landmarks in several different countries illuminated in red, and a series of special initiatives, prayer actions and witnesses. Red Wednesday traces its roots to Brazil in 2015, when the local ACN office had the Christ the Redeemer monument lit in red to mark the persecution of Christians in Iraq.

Watch the video of the Nuncio here.