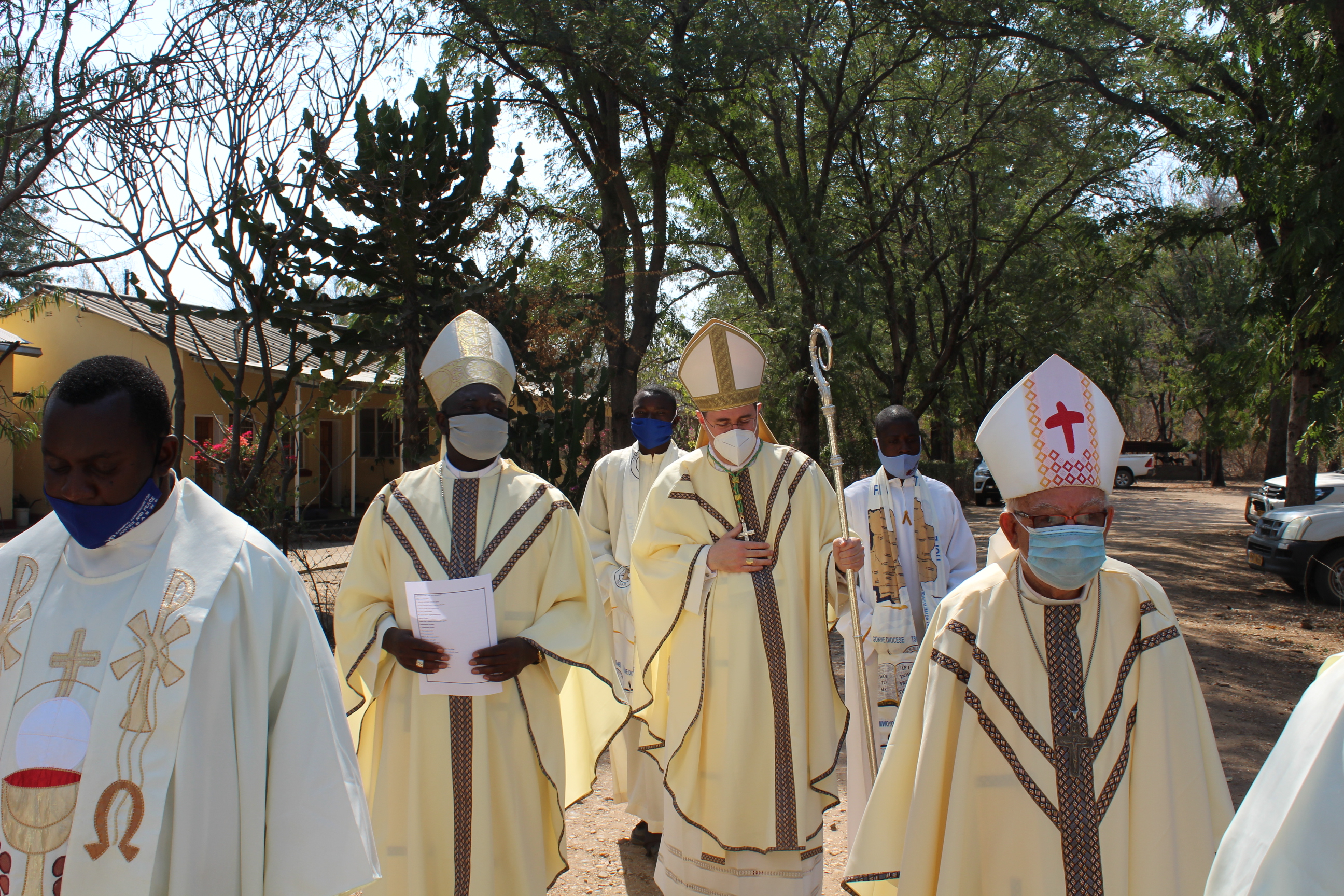 As COVID-19 strikes Zimbabwe hard again, ACN reaches out to ease the struggle of pastoral workers

Zimbabwe's recent re-imposition of a lockdown due to the COVID-19 pandemic has focused global attention once again on this distressed country.

The need for help is huge and there is a surge in the number of infections, up to 596 new cases and 26 deaths in only one week, as stated by the Vice President Constantino Chiwenga in mid-June.  In recent months the pontifical foundation Aid to the Church in Need (ACN) has been able to provide ongoing help to fight the pandemic.

Funds were given to supply personal protective equipment, including masks, face shields, latex gloves, protective suits, gumboots, and disinfectants. All this equipment enables the service of more than 1200 pastoral workers – priests, deacons and religious sisters and brothers. Their challenge is to cover the enormous territory of the eight dioceses of the country in which many of the pastoral workers often are in the frontline serving also as medical and social aid.

Due to its position, Zimbabwe is a gateway to Botswana, Zambia, South Africa and Mozambique. This is an issue, for example, for the Diocese of Chinhoyi. It spreads over a vast territory of 56,000 square kilometres, with a total of 142 pastoral workers (priests, permanent deacons and religious brothers and sisters) working in schools, hospitals, pastoral centres, parishes and missions. So, it is vulnerable to infections coming from Chirundu, the primary boarder post to Zambia. There is also a lot of movement of people through unlicensed crossing points between Zambia and Zimbabwe and Mozambique. The pastoral workers have to cover a huge area also in the diocese of Masvingo, which is around 70,000 square kilometres, twice the size of Belgium. There are only 66 priests, 83 sisters, 2 brothers, all involved in pastoral and educational work, but also nursing and social work, connected with 3 hospitals and 5 clinics.

Another challenge is the fact that most of the country is a rural area inhabited by peasant farmers. In Chinhoyi out of 21 parishes, 6 are urban and the rest are rural parishes and missions. Hospitals are far away, which makes it difficult to transfer serious cases.  Severe infections issues occur also due to the failure to separate COVID-19 cases from others. Even higher is the rural environment in the diocese of Gokwe. Here 100% of the population are farmers. As such, it does not have stakeholders who could assist in emergency situations. The rainfall pattern is very erratic resulting in an insufficient harvest. A lot of people are living from hand to mouth. This starvation has exposed people to even contracting different diseases like malaria, since the area is infested with tse and mosquitos which have claimed a number of lives. The situation has become more complicated with the arrival of COVID-19 which has similar symptoms. The subsequent lockdown by the government left many people stranded. Pastoral workers are not getting food so easily as before, because they cannot reach the parishioners, who had helped them in the past. Similar issues can be found in three more dioceses: Bulawayo, Gweru and Mutare.

Despite all of that, the current epicentre of the pandemic is Harare, the capital of Zimbabwe.  Here currently around 136 religious men and women, serve the sick: praying with them, giving them last rites, burying the dead and counselling the bereaved families. These are the Church front-liners who interact with each other and with the communities they serve every day, which makes them vulnerable to the deadly virus.

“As the Archbishop of Bulawayo recently informed us, our help arrived just in time before the third wave” says Ulrich Kny, ACN’s head of Project department section for Zimbabwe. Kny continues: “In many African countries, medical care is completely inadequate. Malaria, AIDS, cholera, and other diseases are very widespread. If a pandemic like Covid-19 is added to this mix, disaster is inevitable. And such a catastrophe was looming in some southern African countries at the beginning of the year, when the second wave of the pandemic, due to the spread of the South African mutant of the virus, assumed increasingly devastating proportions and claimed more and more lives - including bishops, priests, religious sisters, catechists and other lay church workers.”

The humanitarian crisis in Zimbabwe has been continuously rising in the past few years, especially since Cyclone Idai in 2019. The country has temporarily experienced record rates of inflation at 786% and by 2020 more than one third of the whole population, which is close to 15 million, were still dependent on food aid. The Church through its pastoral agents makes constant efforts to bring consolation to the suffering people.

“It was clear to me: in order for the local churches to be able to maintain their pastoral work, we had to help. Normally, in many dioceses, we give a so called “subsistence help” to religious sisters and Mass intentions to priests to help them with their livelihood so that they can lead a dignified life. But now, not only subsistence help but a survival grant has become necessary! The priests and religious sisters can only continue to visit the sick, dying and needy, those who are especially dependent on spiritual assistance in the loneliness of the lockdown, if they themselves are adequately protected, so we have offered our help in several countries to all dioceses for the purchase of personal protective equipment”– concludes Kny.

Featured Image: Clergy and religious in Zimbabwe. Copyright: Aid to the Church in Need.