Belarus: “Pope Francis is concerned about the situation in the country”

The international community is shocked at the situation in Belarus, which is marked by the brutal suppression of protests and sanctions.

In the current tense circumstances, repressive measures are being inflicted also on the country’s Catholic minority. The international public became aware of the situation through the case of the Archbishop of Minsk Tadeusz Kondrusiewicz, who for some months was barred from returning to Belarus after criticizing the country’s political leadership.

The international Catholic pastoral charity Aid to the Church in Need (ACN) discussed the Church’s work to support the people in spite of these circumstances and why the current situation may offer an opportunity to develop ecumenical bonds with the Chairman of the Conference of the Catholic Bishops of Belarus, Msgr. Aleh Butkewitsch. Since 2014, the 49-year-old has been head of the diocese of Vitebsk in northern Belarus. Questions by Maria Lozano.

ACN: Belarus is going through a severe crisis. What is the Church doing to support the people during these times?

In view of the processes currently underway in society, the Church must react and cannot remain indifferent – after all, most of the people who are involved in these processes are also members of the Church. For this reason, the Church is trying to gain access to their hearts by appealing to them to work towards peace and reconciliation as well as to initiate a dialogue to resolve the problems. We offer all possible forms of assistance: spiritual, psychological and sometimes also material support for those who find themselves in particularly difficult situations. Is the work of the Church being impeded?

In general, this crisis situation has not seriously impeded or limited the scope of the Church’s work, except for restrictions placed on the online transmission of divine services and, in some cases, stricter control of the activities of individual priests and parishes by the authorities.

How do the believers feel about the current situation?

The current situation has provided further impetus to intensify prayer and in many cases to reassess one’s personal standpoint on the relationship with God and with other people. In general, situations such as these lead to a deepening of our faith.

How was Belarus affected by the COVID pandemic and what did the Church do to deal with its effects?

As everywhere else in the world, the COVID-19 epidemic negatively affected public life and the economic situation in Belarus. The Church was one of the first institutions to react to the emergence of the epidemic. We took precautions and set up disinfecting stations in the churches, implemented the mandatory use of masks during Mass and adhered to social distancing practices. Projects were initiated to help medical organisations buy the necessary protective and preventive equipment. More and more Masses are being transmitted online by the parishes. ACN immediately helped us implement these measures.

Relations with the Orthodox Church, but also with the representatives of other denominations and religions, are peaceful. In most cases, I would describe them as friendly, particularly in the area of interpersonal relationships, for example within interfaith families. All interdenominational or interreligious distinctions practically disappear when it is a matter of saving people. Therefore, under these circumstances, to a certain extent the epidemic can be considered a factor that brings people closer together instead of dividing them. 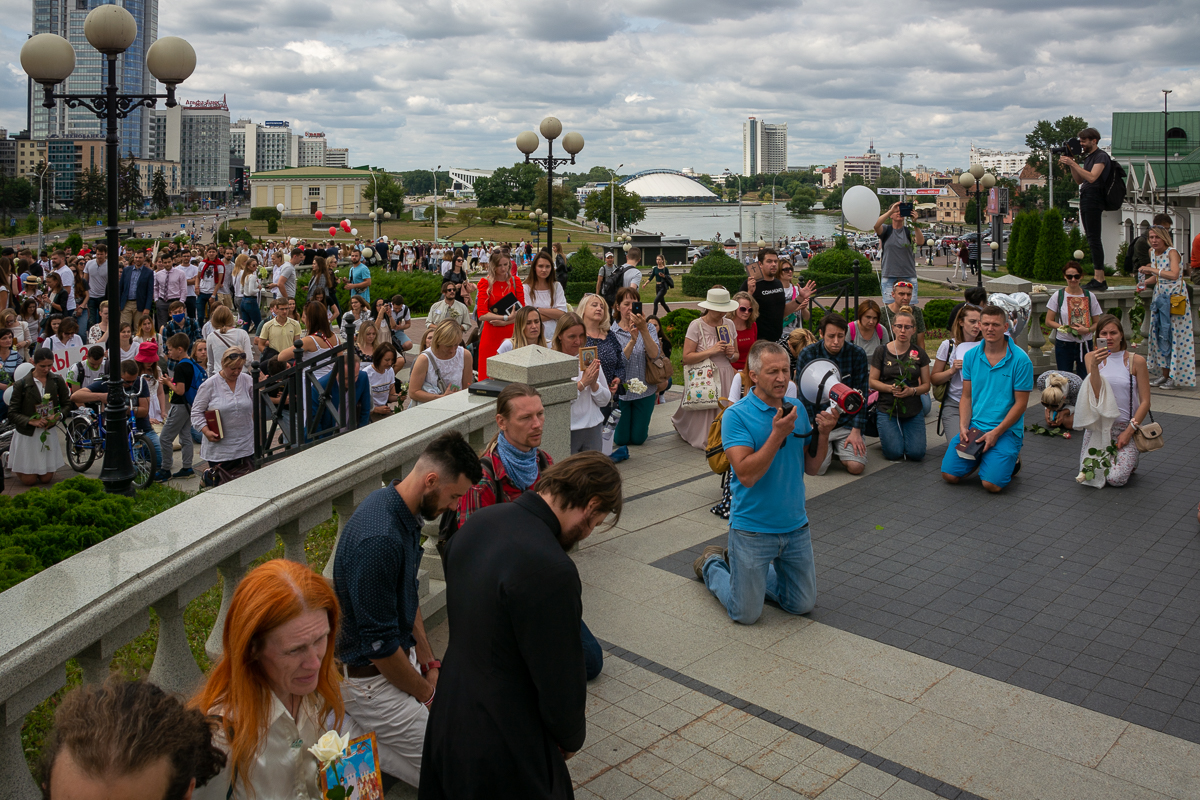 A large number of Catholic priests in Belarus originally come from other countries such as Poland. Does this create problems for them – such as when they need to apply for visas? Do language barriers exist between the priests and their parishes?

Most of our priests are from Belarus but we need the help of priests from other countries, too. We are very grateful, particularly to the Polish priests, for their many years of selfless work in our country. Their service is made more difficult because they have to regularly – once a year or even every six months – apply for a permit to carry out pastoral work. However, this permit may be revoked at any time without their ever knowing the reason. As to the language used during Holy Mass – this does not create any problems. No language barriers exist between the priests from other countries and their parishioners.

How could the Universal Catholic Church express its solidarity with the people in Belarus?

The Universal Church already supports Belarus – particularly through the prayers being said by many religious orders, congregations, parishes and individuals. We are deeply grateful for the prayers and thoughts of Pope Francis, who is concerned about what is happening in our country. In the current circumstances, this spiritual solidarity is a strong source of support for us. Diplomatic efforts are being made by the representatives of the Holy See in Belarus to help the people in this difficult situation, to achieve a peaceful solution for the crisis in our country and to positively influence its standing within the international community.

What is your message for the benefactors of ACN?

First and foremost, I would like to express our deepest appreciation to all benefactors of ACN for their long-standing support, both for the restoration of church buildings and for the assistance which has made it possible for parish communities and the religious orders to carry out their work. Without this help in the pastoral and social sectors, we would not be in the position we are in today. For our part, we assure you that we will pray unceasingly and ask God to reward the goodwill and openness of your hearts!