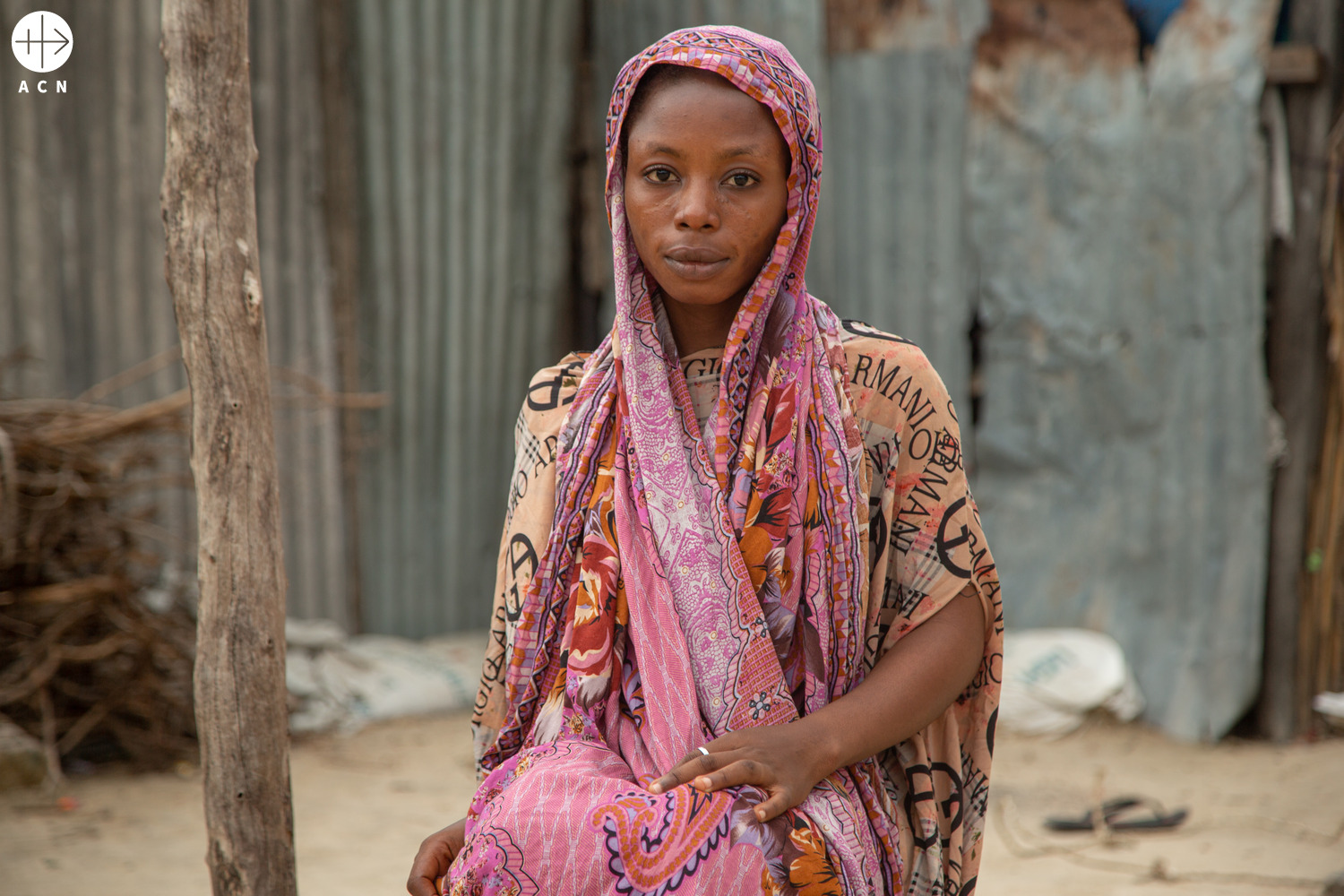 Boko Haram did “the unthinkable” to her, but Janada refused to be defeated

The terrorist organisation took her father’s life and tried to crush her soul, but with the help of ACN through a Trauma Center in Maiduguri she is back on her feet and even found the strength to forgive those who caused her so much pain.

Janada Marcus (22) and her family had already escaped two attacks by Boko Haram unscathed, once abandoning their home in Baga Local Government Area in Nigeria’s Lake Chad region and a second time fleeing their new home in Askira Uba, in southern Borno State, where their house was burned down, and a number of relatives were killed by the islamists. Eventually, they made their way to Maiduguri, but the worst was yet to come.

Speaking to Aid to the Church in Need (ACN), Janada Marcus described how Boko Haram almost destroyed her life.

After fleeing Boko Haram twice, your family settled in Maiduguri. Then what happened?
My father had obtained a piece of land very close to Maiduguri to start farming and to help the family financially. We were happy that all the nightmares we had experienced before had finally come to an end. Then came 20 October 2018, the day that took away the sunshine in our lives. We were at the farm, working happily, and singing some catholic songs to raise our spirits, when suddenly we were surrounded by Boko Haram.

When I saw them, many thoughts ran through my mind: should I run away? If I do, what about my parents? What if they caught us even before we start running? Should I scream for help? Would anyone come to our rescue? I decided to remain calm and let God perform a miracle. But they did the unthinkable to us.

What, exactly, did they do?

They pointed a machete at my father and told him they would set us free if he had sex with me. I could not hold back my tears! I was shaking, but I could do nothing! My mother could not utter a word due to the state of shock she was in. With a machete pointed at my father’s forehead, he looked at my mother and at me, but I avoided eye contact because I was ashamed to look him in the face, ashamed of what the men had suggested – it was an abomination!

My father put his head down in submission to be killed and answered: “I cannot sleep with my own flesh and blood, my own daughter, I would rather die than commit this abomination.”

What did the terrorists do?

On hearing this, one of the men took out a machete and cut off my father’s head, right in front of us. The pain that I felt at that moment, was unbearable. My father’s blood was splattered all over the ground. Could you imagine the torture, the pain that I was going through at that moment? I pleaded with God to take my life; I was already a living corpse, but He turned a deaf ear! I found extraordinary courage, rushed, and took my head band to tie the head of my father to stop the blood from gushing out.

You survived that attack. But that was not the end of your terror at the hands of Boko Haram…

On 9 November 2020, I was on the way to a Government office when I was again surprised by Boko Haram. This time they captured me. They took me to the bush and tortured me severely, emotionally, physically and mentally for six days. I suffered a lot of terrible and wicked experiences – beyond explanation – that made those six days seems like six years. On 15 November 2020, I was released. I came back and spent a few days with my mother; then she brought me to the Trauma Center, operated by the Diocese of Maiduguri.

What was it like at the Trauma Center?
After a series of counselling sessions, I was taken to the hospital for a check-up and treatment in case I had contracted any disease. After that, I underwent six months of healing, prayers and counselling. Now I am back on my feet. At first, I found it almost impossible to let go of my past, but after spending those months at the Trauma Center, I was able to let go. After my healing process, I enrolled in college. I am very happy, and I will give it my all to finish my degree and become someone great in society.

What practical, emotional, and spiritual skills did you learn?
I acquired new skills that have made me so proud of myself. I have learned to knit beautiful baby caps, socks, trousers, and cardigans which will help me earn some cash. Emotionally, I have learned to let go of my past; I have learned the art of healing by letting go of my pain. My faith has strengthened.

Has your suffering brought you closer to God?

At first my experience drew me away from God. It was difficult to trust and come back to Him. Ironically, in the end my bitter experience has brought me closer to God, but at one point I felt like giving up. I felt that being a Christian was a total waste of time. Where was God when they butchered my father? Where was God when I was going through torture, agony, hardship? Where was God when I went to bed on an empty stomach? After my healing process, I got answers to all my questions. I have learned that God is still God.  Amidst all that I have gone through, I will still trust Him, and I will serve Him for the rest of my life.

Can you forgive those who hurt you?

It’s hard to forgive and forget, and with all that I have gone through at the hands of Boko Haram I can’t even believe that I am the one saying this, but I have forgiven them in my heart, and I pray for the redemption of their souls.

Featured Image: Janada Marcus who received help at the Trauma Center in Maidugurii. Copyright: Aid to the Church in Need.