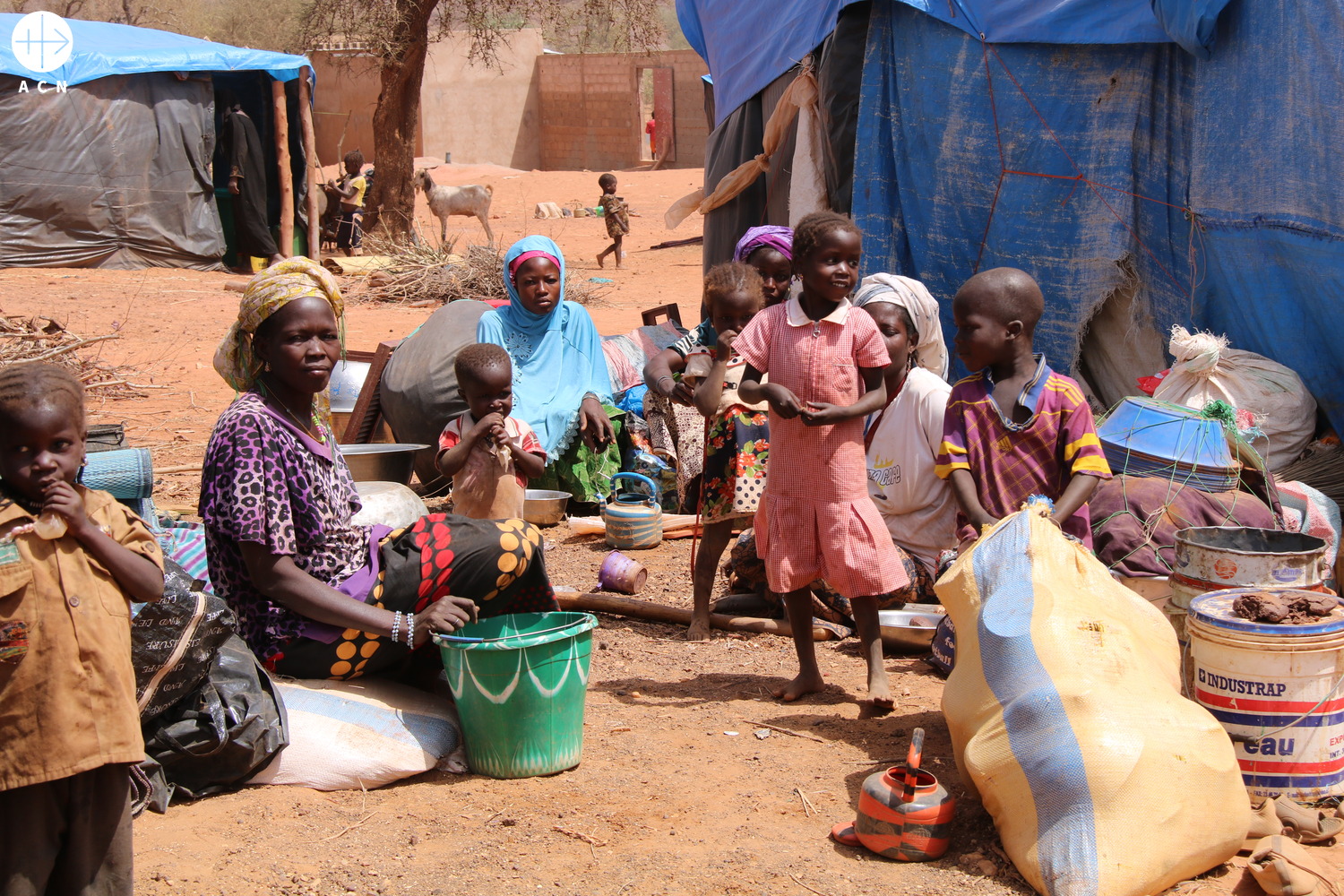 Burkina Faso: “50% of our territory is under occupation”

Burkina Faso has seen an unprecedented increase in terrorism since 2015 and on 2 January a priest was murdered in the northwest of the country.

ACN spoke to Bishop Laurent Dabiré of Dori, President of the Bishops’ Conference of Burkina Faso and Niger, on the situation in the country.

ACN: How did the population experience this Christmas?

Bishop Dabiré: The population is exhausted, and many are mourning the loss of family members. There has also been a lot of material destruction, and that brings people’s spirits down. Nonetheless, Christmas has always been a time for joy in our country and has usually been a time of truce. People gather for Mass, although some don’t come because they are afraid. We understand this, and we don’t ask people to be any braver than they can. Christmas gives us the opportunity to pay tribute to all the victims of this war and to pray together for a return to peace.

Most of the country is occupied by terrorist groups. Are they all Islamic in nature?

That is right, 50% of our territory is under occupation… Some groups have explicitly declared their intentions, but with others you need go no further than their names, such as the Group for the Support of Islam and Muslims (JNIM), which explicitly aims to impose Islam on the whole country, including through the use of terrorism. Of course, this implies having to suppress the current society, which is multireligious and marked by dialogue and coexistence. The terrorists want to eradicate this society and all who do not profess the same brand of Islam as them, including Muslims, which means that the terrorism is now aimed at society as a whole.

What consequences does this terrorism have for the Church?

The consequences of this wave of terrorism over the past seven years have been terrible. From a pastoral point of view, we can no longer move around as we did before. Our scope of action is much smaller because the terrorists occupy two-thirds of the territory of the Sahel. All we have left, practically, are the provincial capitals. The Diocese of Dori has six parishes, three had to be closed, and we came close to closing another this summer. Another is blockaded. In some places there are food shortages and communications are down, we only manage to get some messages through thanks to a few UN organisations that have the means to transmit them.

How do you decide to close down a parish?

When an area becomes dangerous because of the presence of terrorists it is often the parishioners themselves who ask that their priests be sent to a safe place because they know that they will be in greater danger.

How do you minister to the displaced faithful?

We have organized pastoral care for internally displaced persons, who number two million to date. This is a difficult time, but I can also see some graces in it: we are united in this predicament! Radio has been a great help for us to reach the displaced, and when communications are down completely, we try to use the humanitarian and military convoys to send short written messages to those who are isolated, to provide them with information and try to find out how they are. Occasionally we have been able to get food and supplies to isolated areas thanks to the military convoys. We adapt to the situation as best we can.

Featured Image: Internally displaced people in Kaya, the region with 50% of almost 1 million of IDPs in Burkina Faso. Copyright: Aid to the Church in Need.