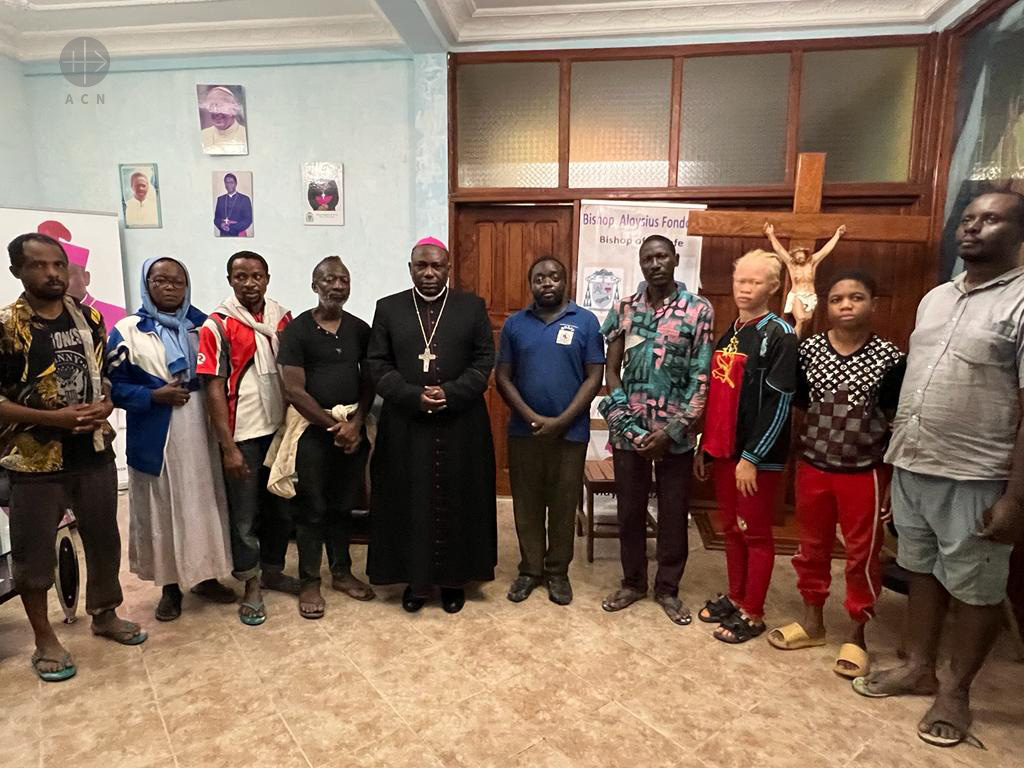 The Bishop of Mamfe has expressed his gratitude for the release of the priests, laypeople, and a religious sister, but has repeated his condemnation of the attack on the church in which they were taken by rebels.

“I am sincerely grateful to all those who joined us in this collective effort in praying for the safety and release of our brothers and sisters”, writes the Bishop of Mamfe, Mgr. Aloysius Fondang Abangalo.

The five priests, three laypeople and one nun who were kidnapped in southwestern Cameroon have been freed, and are in good health, according to a message sent by Bishop Abangalo to pontifical charity Aid to the Church in Need, on Sunday 23 October, in which he expresses his joy for the well-being of the nine hostages.

Since their kidnapping, on 16 September 2022, the foundation had repeatedly asked for prayers for their well-being and release.

“Just like St. Paul, I too say to each of you: ‘I am quite confident that the One who began this good work in you will go on completing it until the Day of Jesus Christ comes.’ (Phil. 1:6)”. Bishop Aloysius Fondang Abangalo urges the faithful to pray a mystery of the Rosary “in thanksgiving to God for the safe release of our brothers and sisters who were kidnapped”.

As stated by one of those released, no ransom was paid to free the group.

According to the information sent to ACN, Bishop Fondang Abangalo will celebrate a thanksgiving Mass in the Cathedral of Mamfe this Tuesday, 25 October, for the safe release of the priests, sister and faithful.

A video widely circulated by the media over the past days showed the group of kidnapped men and women, in poor condition, being held in the bush. In the video one of the priests is heard asking for help. According to reliable sources, ACN has ascertained that these images were recorded two weeks previously. At the time they were circulated, negotiations for the release of the nine abductees were already under way.

In his letter, the Bishop of Mamfe strongly condemns, once more, the desecration of the Church of Saint Mary, which was burned down during the attack, and describes “taking away the freedom of our fellow brothers and sisters” as “inhuman”.

Cameroon has been plagued by a political and social conflict which pits the anglophone and francophone regions against each other. The English-speaking population, which is mostly found in the southwest and northwest of the country, claims to be marginalised by the French-speaking authorities.

Conflicts have intensified significantly since 2016, and there have been several violent clashes between the government forces and militants who fight for the independence of the self-proclaimed Republic of Ambazonia (or the Federal Republic of South Cameroon). In its efforts to quell dissent, the army has laid waste to large parts of the region, including many church properties. This latest incident, however, marks the first time that rebels attacked the church and kidnapped priests in their struggle for independence.

Featured Image: Release of priests, a religious sister, and three members of Christ's lay faithful. Copyright: Aid to the Church in Need.