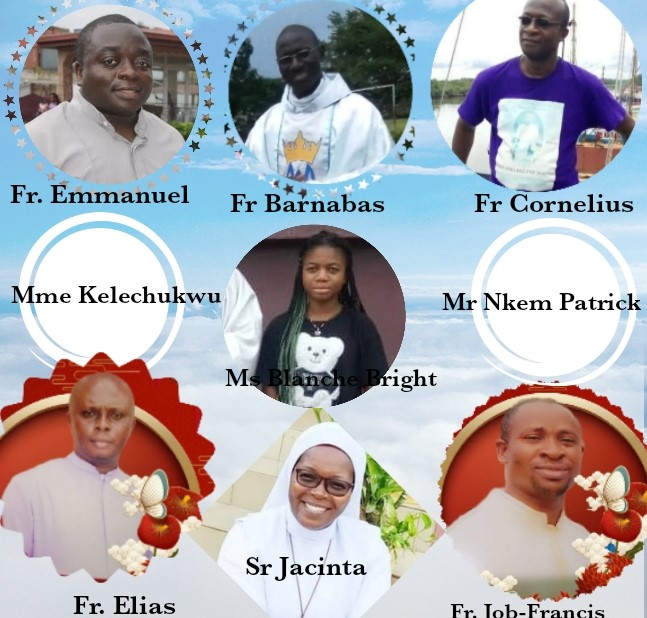 Cameroon: “What happened is an abomination. They are trying the patience of God”

The Bishop of Mamfe asks for prayers for the release of nine kidnapped religious and laypeople.

The whereabouts of nine people who were kidnapped on the afternoon of Friday 16 September, in Nchang, in the Diocese of Mamfe, located in southwestern Cameroon remains unknown. Five priests, one nun and three lay people were taken and according to official Church sources, the kidnappers are asking for ransom.

Bishop Aloysius Fondong Abangalo of Mamfe went to the church of Saint Mary, which was burned during the attack, the next day. “I came here to get the Blessed Sacrament out of the Church, to keep it safe, and take it back to the bishop’s house”, he explains. In the background of the video message, sent by the bishop to the pontifical foundation Aid to the Church in News (ACN), one can see the church reduced to rubble.

Clearly troubled by the kidnapping of so many people who had dedicated themselves to serving God and neighbour, and by the desecration of the church, Bishop Fondong says: “What happened here is an abomination. I think they have not been satisfied trying the patience of men, and now they are trying the patience of God. It is a terrible thing to wrestle with the Lord. May God have mercy on us for this abomination, we should all go down on our knees and ask for pardon for the sins which were committed.”

“Remember us in your prayers, especially those of our brothers and sisters who have been kidnapped”, Bishop Fondong Abangalo asks, in his message to ACN.

Cameroon has been beset by a political and social conflict between the anglophone and the francophone regions. The population in the English-speaking regions, located mostly in the southwest and the northwest of the country, feels marginalised by the French-speaking authorities.

The trouble in Cameroon worsened considerably in 2016 when the anglophone community started demanding a return to the federal system. During this time there were several violent clashes between Government forces and militants fighting for the Independence of the self-proclaimed Republic of Ambazonia (or the Federal Republic of Southern Cameroon). In their drive to fight the Amba-Boys, as the militants are known, the army burned and destroyed everything in its path, including many Church-owned properties, and other material goods.

The Church has not hesitated to denounce crimes, proclaim the truth and to promote dialogue between the Government and the Amba-Boys, which has resulted in accusations of supporting the enemy and retaliatory attacks from both sides.

Despite the terrible attack, Aloysius Fondong, Bishop of Mamfe since May 2022, also issued an appeal to the kidnappers. “No human sin is more powerful than God’s mercy. Whatever they are doing, they should know that they are children of God, and they should know that the Lord is ready to forgive them. What you did is not correct, you are depriving people of something beautiful. Let us pray. I call on them to realise that whatever pain they are going through is our pain, but we have to work together and use the right means to resolve the problem. Violence only begets violence, and nobody can dare to wrestle with God.”

This is not the first time priests and catechists have been affected by the violence, as can be seen by the brutal killing of Father Alexander Sob, in the parish of Bomaka, on 20 July 2018, in Muyaka. In October of that same year Gerard Anjiangwe, a seminarian from the Archdiocese of Bamenda, was murdered in front of the parish church of Bamessing.

Over the past five years, ACN has supported 24 projects in the diocese of Mamfe (329,000 euros), including a one-year programme of education for peace, aimed at the youth. The goal of this programme is to promote a culture of peace and nonviolence, since the ongoing conflict has spread to all levels of society, including the family.

Featured Image: Five priests, one nun and three lay people abducted on 16.09.2022. Copyright: Aid to the Church in Need.