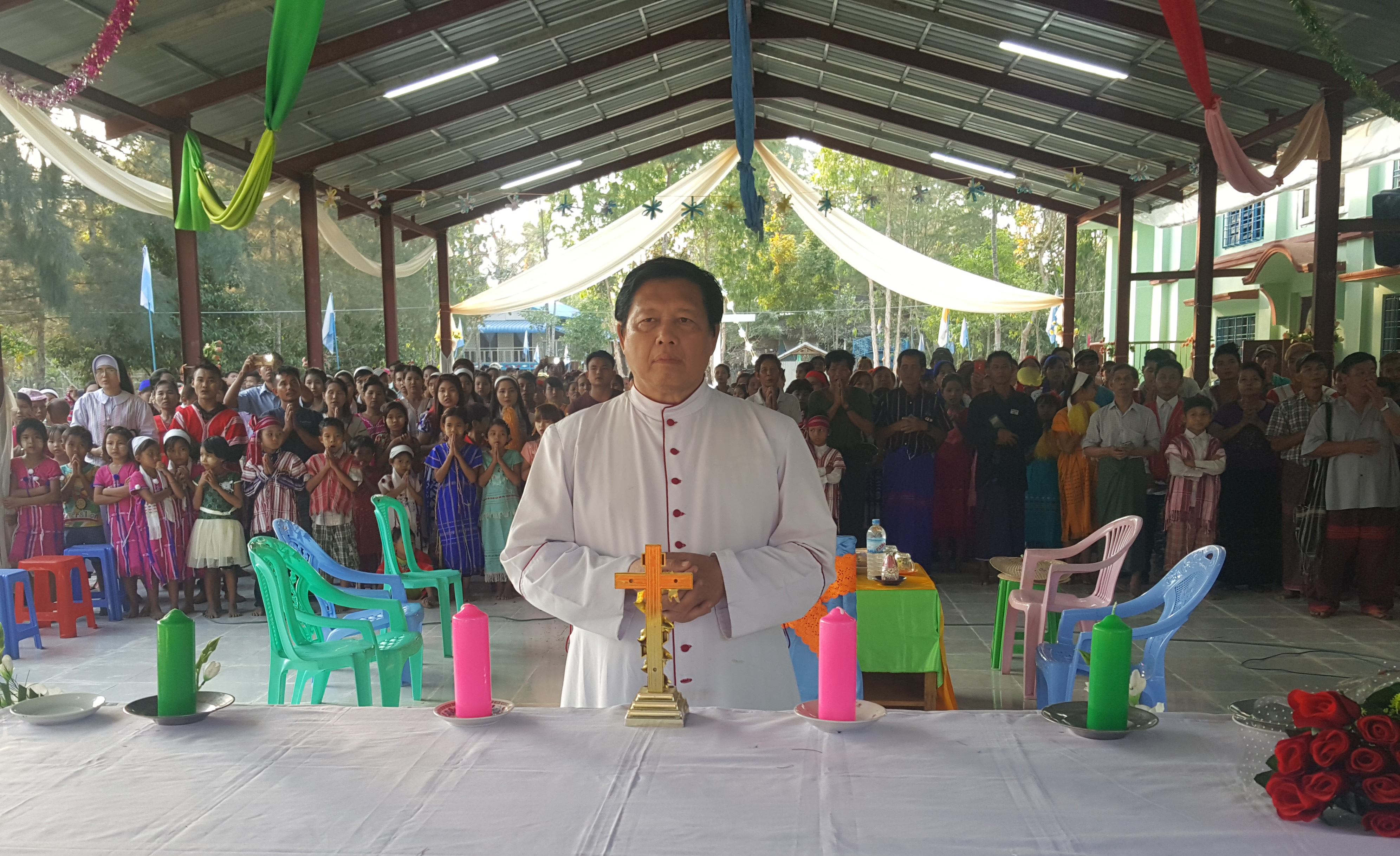 With profound grief and sorrow ACN has received the news about the death of Bishop John Hsane Hgyi from Pathein, in Myanmar, due to COVID-19.

He died at 6:15 AM local time on 22 July, in his house in Pathein. He dedicated his life to the care and concern for the people in his diocese.

Bishop John Hsane Hgyi was born in 1953 in Myanmar and for almost 18 years was in charge of the Catholic diocese of Pathein in the delta region of the country. A large part of the region is mostly inhabited by the Kayin (white Karens) ethnic group. It has a population of about 5.6 million.

Myanmar is suffering a third wave of Covid due to the Delta virus variant threatening the whole country. Just a few days ago, on the Martyrs’ Day on 19th July, Cardinal Charles Maung Bo, President of the Catholic Bishops’ Conference of Myanmar, stated: “Covid is waging a war against our people with a ferocity unknown to our people. Thousands are infected, hundreds are buried unwept and unsung, hurriedly buried in crowded cemeteries.  Day and night our people wait for oxygen in crowded streets.”

According to local media reports, hospitals are not functioning properly. News and photos are showing people dying in their houses and in the ambulance without proper treatment. The pandemic is out of control, spreading fear and anxiety among the population.

Referring to the difficult situation the country has experienced since the military coup in February, Cardinal Bo called for reconciliation and peace to solve the health crisis: “Myanmar has seen too many tears recently.  Please, please stop all the conflicts. The only war we need to wage is against the lethal invisible virus, which proved to be invincible even to superpowers of the world.  Can we afford war and conflict and displacement now? It is time to raise an army of volunteers, armed with medical kits to reach out to our much suffering people.”

“Christians in Myanmar need, in addition to our practical help, prayer” said Thomas Heine-Geldern, executive president of ACN. “We have to increase our prayers for this country, which is suffering an ordeal, so that they will unite as one nation against the pandemic”.

“Let us pray to the Lord for the repose of the soul of Bishop John Hsane Hgyi who lived with and for his people. He never spared his strength to ease people's pain. And let us pray for all our brothers and sisters, but especially for the bishops, religious people, and catechists, all of whom are very committed to bringing spiritual healing to Myanmar,” Heine-Geldern stated.

Only about eight percent of the inhabitants of Myanmar are Christians. The vast majority of the population belongs to the Buddhist faith. For years, ACN has strived to support the local Catholic Church in the country. During the second wave of COVID at the end of 2020 the charity provided emergency aid to priests, religious people, catechists, and families in extreme need.