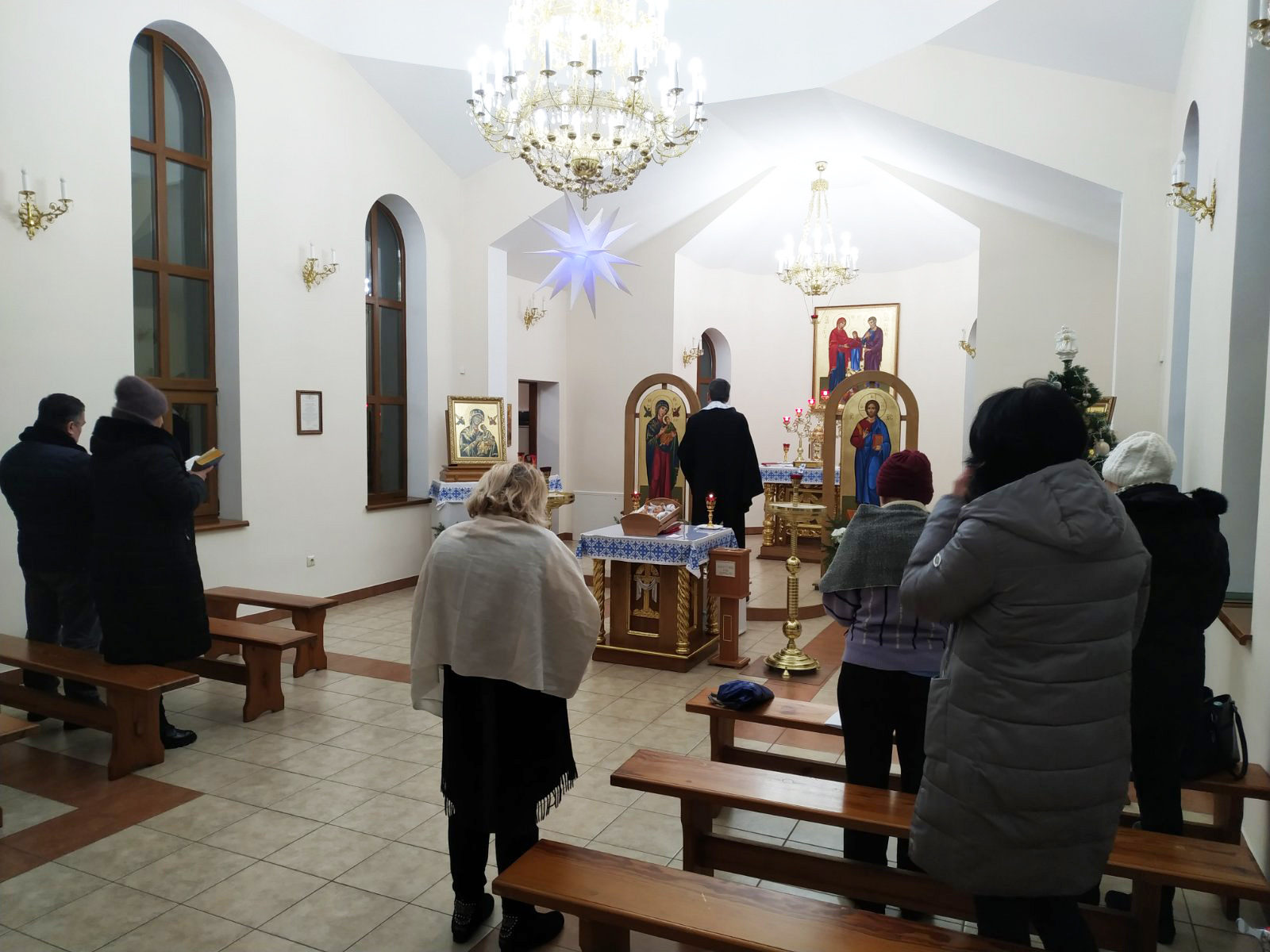 Catholic leader in Ukraine calls for end of "idolatry of violence”

The leader of the largest Greek Catholic Church in the world called for an end to what he terms the “idolatry of violence”, last Friday, during a press conference hosted by pontifical charity Aid to the Church in Need.

Major Archbishop Sviatoslav Shevchuk, of the Ukrainian Greek Catholic Church, spoke about the effects of the eight-year conflict – which is currently undergoing a phase of escalation – on the Ukrainian population and the way the Church is responding to the country’s needs.

“Our first response is prayer. For example, each day at eight o'clock in the evening Ukrainian time,  Ukrainian Catholics stop everything and pray the Rosary together. If possible, please join us in this prayer for the peace in Ukraine”

Major Archbishop Shevchuk is sorry that in the current environment in the region, the will to avoid a dangerous escalation of this military conflict is confused with cowardice: “If you are trying to establish dialogue you will be considered weak, even when you are manifesting a desire to avoid escalation. Culturally, religiously, politically, we have to stand against using violence as an instrument.”

The Ukrainian people are suffering what he calls a hybrid war.  “We often concentrate on the 100 thousand soldiers and military equipment amassed on our border, but the military side is only one aspect. The others are misinformation and propaganda, political escalation and economic escalation”, he says, referring also to the detrimental psychological effects of constant media reporting on the Ukrainian citizens. Even if the military invasion never occurs, Ukrainians are already suffering the fallout of this situation.

One example of misinformation, explains the Major Archbishop, is the portrayal of the religious scene in Ukraine as being marked by conflict. “Orthodox, Protestant or Catholic, we are very much united in the support of our people. We have the same message of peace. Religious union in Ukraine is a matter of national security, there is no religious war in Ukraine. There are different positions, some division among the Orthodox, but among the people, no matter which confession, there are no divisions.”

An example of this reality on the ground is that even though Catholics make up only 11% of the population of Ukraine, Pope Francis is widely appreciated by Ukrainians.

“Pope Francis enjoys a lot of trust in the Ukrainian society even though the majority of the people are not Catholic”, explains Archbishop Visvaldas Kulbokas, the current Apostolic Nuncio to Kiev, who was also a speaker at the press conference.

The representative of the Holy See in the country says that the repeated appeals made by the Pope for peace and understanding in Ukraine touch the hearts of common Ukrainians, regardless of their religious affiliation, and many await and hope for a Papal visit to the country in the near future. “I hope such a visit will be possible soon. These days the situation is changing so quickly, but as soon as the Pope makes his decision about the timing, we will be ready. We haven’t heard anything yet, and it is his personal decision, but we are waiting and hoping”, he explains.

Besides the threat of war, Ukrainians also have to deal with a failing economy and an energy and gas crisis, which affects the whole society, including priests and members of religious orders. Part of the Church’s response has been to help people find alternative ways to heat their houses in the winter, to avoid overdependence on Russian gas.

The hardest hit is those living in the Eastern part of the country, where military conflict is no longer a threat, but an eight-year-old reality. “I wanted to visit Donetsk and Luhansk, but I was told this could be misused for propaganda or be seen as a provocation. For the moment being I postponed the visit. I suffer because of this because they are completely isolated.” says Nuncio Visvaldas Kulbokas.

Some Catholic organisations, such as Caritas, are active on the ground and ACN has been providing assistance for several years also, to help the Catholic Church support refugees, the poor, the priests and religious, who mostly also live below the poverty line.

“Most of the people in the area Donetsk and Luhansk there are over 65, and today they are not able to receive their pensions. So, we are facing a serious humanitarian crisis in this territory, and assistance is becoming more difficult. The priests are unique mediators who can travel and take some resources”, explains Major Archbishop Shevchuk.

“Even though many of the faithful emigrated” he adds, “the number present in Sunday Divine Liturgies did not decrease. The possibility of having their priests with them is vital. Those priests who stay there with our people are the heroes of our times. They will not be running away. We will stay with our people, as we stayed in Crimea.”

Visibly moved by this witness, the executive president of ACN, Thomas Hein-Geldern, closed the press conference with the promise that the pontifical charity will continue to provide assistance to the Church in Ukraine. “We will continue to support those who stay with their people”, he said.

ACN started its support to the Ukrainian Christians in exile in 1953. Following the legal restoration of the Church in 1990, after years of persecution, ACN aid was crucial to help rebuild church life. ACN currently has many projects in Ukraine. The organisation supports the formation of around 900 seminarians of both rites, Latin and Eastern, besides the upkeep and restoration of seminaries, churches and monasteries. Special support is also provided to members of religious orders who help the poor and needy on the ground, with material, financial and spiritual assistance.

Featured Image: Prayer for the peace in Ukraine in the Exarchate of Donetsk. Copyright: Aid to the Church in Need.