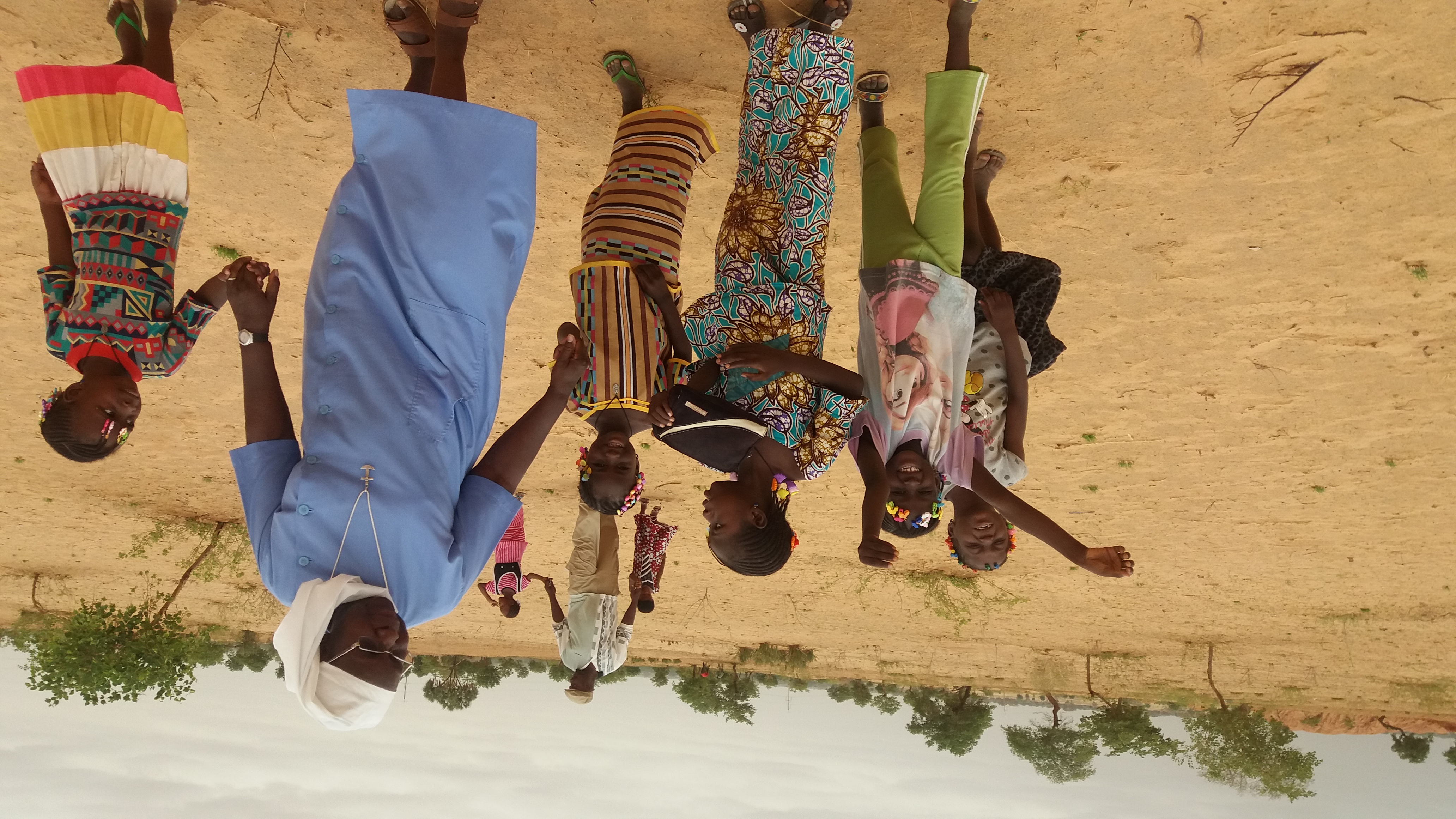 With great sadness the international Catholic pastoral charity and pontifical foundation has received news of the passing of Mother Marie-Catherine Persévérance on 24 May in Dakar (Senegal). She dedicated her life to the care and concern for the poor in Niger, especially through service to women.

The pontifical foundation Aid to the Church in Need mourns Marie-Catherine Persévérance Kingbo, a Catholic nun, who was born in 1953 in Guinguinéo in Senegal and spent almost 15 years in Niger, an Islamic country and one of the poorest in the world. During an interview with ACN some years ago, she said: "I heard God's call to leave everything and serve the poor."

In Maradi, in the south of Niger, Marie-Catherine founded the "Fraternité des Servantes du Christ," an order that does social and charitable work. Through education and training the religious community opens up prospects of a new life for children, young people and their parents.

ACN had the privilege of working for many years with the religious sister. Mother Marie-Catherine visited Aid to the Church in Need several times and she was invited by the national sections of ACN to give testimonies in many countries, like Fatima (Portugal) and Paris (France).

Until the founding of "Fraternité des Servantes du Christ," Marie-Catherine belonged to one of the first African female congregations, the "Filles du Saint Coeur de Marie." It was there that she heard the call to dedicate her life to the poor. The Bishop of Maradi, Ambroise Ouédraogo, asked her to help the then still young diocese. The community has been working there since October 2006. Together with another nun, Mother Marie-Catherine initially looked after six or seven villages. The community has grown since then and now the sisters regularly visit up to 120 villages. The sisters run a school in the community of Tibiri and also a nutrition centre in the community of Dan Bako. "Weekly 500 to 600 mothers come with their children; many are malnourished. Every year we feed about 23,000 people," Mother Marie-Catherine explained to ACN during one of her numerous visits to the headquarters.

The country is dominated by Islam, the way of life is extremely traditional, and the number of Christians is negligible (0.5%). The locals, the village elders, the imams and the rural population show trust in the sisters and often thank them with phrases like: "We see God in what you are doing" or "You show us love."

The biggest problem in Maradi, alongside the malnutrition, is the widespread custom of marrying off girls as young as ten years of age. The sisters, supported by ACN since 2010 in different ways, speak to the parents about the consequences of this. The "Fraternité des Servantes du Christ" also manages more and more often to persuade parents to send their daughters to school. Because classes are mostly taught in simple straw huts, village elders have also already asked the sisters for schools.

Last year, Mother Marie Catherine wrote to ACN to explain the dramatic impact of the health crisis on their missions. She closed the message with this prayer:

"May the power of the Risen Lord eradicate this pandemic that is disturbing all humanity and may the Holy Spirit direct hearts to justice and peace."

Since her arrival in Maradi in 2006 she did not take any rest and revealed the love of the Lord through her work. Now the Lord asks her to stop her work on earth. She will fulfil the work guiding the community from heaven.

May her soul rest in peace.

Featured Image: Social and Pastoral work of the Sisters Servants of the Christ of Tibiri (Niger) - Mother Marie Catherine Kingbo. Copyright: Aid to the Church in Need.