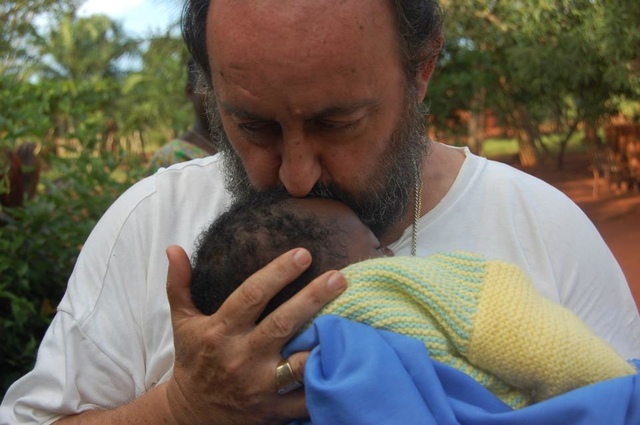 Central African Republic: Bishop of Bangassou asks for prayers of peace for his people

Happy New Year! These are words we commonly hear at this time of year. And they were also the first words addressed by Bishop Juan José Aguirre of Bangassou to all at the international Catholic pastoral charity and pontifical foundation Aid to the Church in Need (ACN International). They would be nothing exceptional, were it not for the fact that he is uttering them just one day after his city was overrun by armed rebel groups and at a time when the fighting is continuing in various parts of the city.

So he is wishing for others what he and his people have been unable to enjoy themselves, given that a rebel coalition, accusing the government of having manipulated the recent elections of 27 December, has attacked a number of towns and cities in the last few weeks and currently controls not only Bangassou, but a large swathe of the national territory as well.

On Sunday 3 January, government soldiers managed to hold off a succession of attacks in the Bishop’s city, until they finally ran out of ammunition and fled. “Leaving us to ourselves, me and my people, but God stayed by our side.” That’s how it felt to this missionary bishop who tells us how, despite everything, he did not feel alone, even though many of the people fled to the neighbouring Republic of Congo, separated from them only by a river. “You were there in the darkest night, although you were sleeping,” is how Bishop Aguirre expresses his thoughts to this God, who was silent but nonetheless present.

“We spent a quiet night here in the mission, in a tense sort of calm, but then an army tank manned by Moroccan soldiers of the MINUSCA peacekeeping forces (the United Nations Multidimensional Integrated Stabilization Mission in the Central African Republic, or in French: (“Mission multidimensionnelle intégrée des Nations unies pour la stabilisation en Centrafrique”) was stationed in the neighbourhood,” adds the bishop, himself a Combonian religious of Spanish origin. The MINUSCA are attempting to bring calm to the situation by moving governmental armed forces, police and security forces to MINUSCA bases, until they can be evacuated.

Bishop Juan José Aguirre with a group of children of his diocese. Copyright: Aid to the Church in Need.

The principal concern of Bishop Aguirre is for the children and old people. “There have been children wounded by stray bullets,” he says. “Children who were fleeing to the Congo. A bullet fell on one of them, like a sword of Damocles, and no one could tell where it had come from. So even while they were fleeing, the violence of the attackers was still terrorising them,” he adds.

Bishop Aguirre is hoping that the new “Lords and rulers” of the place don’t shed any blood of the ordinary people. There have already been so many years of violence, death and destruction, changes of power and intrigues in the attempt to dominate a country that is rich in minerals and other resources, yet whose people are totally steeped in poverty.

The new “rulers” of Bangassou, mentioned by Bishop Aguirre, are a rebel coalition of anti-government forces, calling themselves the Coalition of Patriots for Change (CPC) and comprising five different warlords who have been ransacking the country for years. Many of them are foreigners from Niger, Chad and Sudan. As for the bishop, faithful to his mission, he is not concerned with politics but only wishes to be able to continue fulfilling his task. “How is one to show a face of loving tenderness in the midst of so much violence?” he asks. 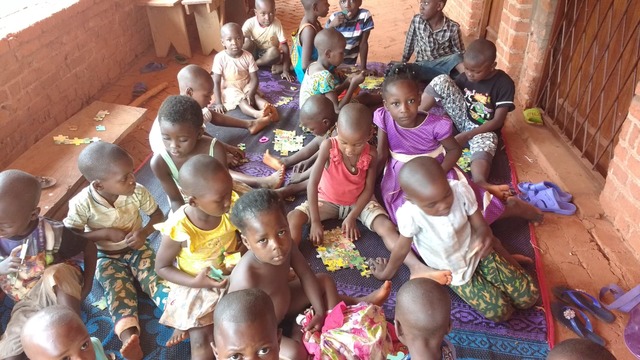 Inside the Catholic mission, one of the few enclaves that has managed to hold out despite the violence and fighting of recent days, they have taken in many orphaned children. “They are innocent,” the bishop says. “When you look into their eyes, they know nothing of rebels, mercenaries, power struggles… They simply hear the gunshots and the noise of the fighting and are very frightened.” The mission also runs a centre for the elderly in another part of the city. Bishop Aguirre is very concerned for the situation of these 50 elderly, many of whom are already suffering dementia. “It is always the most vulnerable who pay the price,” he says. “Our priests and religious continue to work here, each in his or her own place, giving all they have, living among the people and sharing in these moments of adversity. There are many traumatised people who need to be helped, and behind each one, Christ himself suffers. Please pray for peace and for my people!”

After so much terrible warfare and fighting between the government and numerous militia and mercenary groups between 2013 and 2019 and many massacres, abuses and looting inflicted on the civilian population, the Central African Republic seemed to be starting to move into calmer waters in 2020. But now the short peace is over: “We were working on so many beautiful reconstruction projects in the country… Now we’re going to have to start all over again on many of them.” But Bishop Aguirre is not one to simply sit and cry, for he adds, “But our measure of time is not God’s measure of time!”

Last year, 2020, ACN helped 22 different projects in the six dioceses of the Central African Republic, above all with basic support for the ministry of priests and religious and help for the training of seminarians.