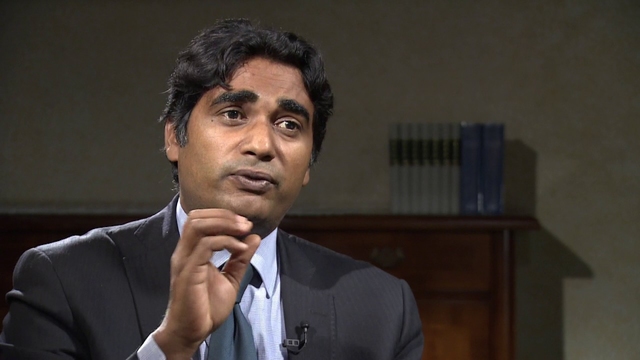 Religious minorities in Pakistan, such as Christians and Hindus, face painful discrimination and persecution from the majority Muslim population. A new initiative by the government is meant to put a hold to this. ACN asked Shahid Mobeen, Pakistani Professor of Philosophy in Rome, about his evaluation of the situation.

Dear Prof. Mobeen: On January 7, the Pakistan government issued an “Appeal to non-Muslims in Pakistan.” What does it contain precisely?

The appeal announced the creation of a special department within the Government Office for Interfaith Harmony. However, Tahir Mehmood Ashrafi, the representative in charge, has not put words into action, yet. It is a first positive step towards the protection of the rights of non-Muslims in Pakistan to exercise their freedom of religion. However, it is little more than a sign of goodwill.

Why is the appeal directed at non-Muslims? Isn’t it rather the Muslim population that should be addressed?

The non-Muslim population needs to be taken on board; it has to be a communal effort. However, it is the Muslim population that needs to change their attitude. Also, why was a Muslim [Tahir Mehmood Ashrafi] appointed as representative? It would have been much more effective to choose a member of a religious minority.

What is the biggest threat for the non-Muslim population in Pakistan?

There is the abuse of the blasphemy laws, which are used to hinder people to live and proclaim their faith openly. But above all, it is the kidnapping and forced conversion of minor girls. Until last year, the forced conversion of Christian girls counted about 1000 cases per year. In 2020, the cases rose to over 2000. But the perpetrators are not actually interested in converting people to their faith. If so, why don’t they try to convert elderly widows? They simply want young girls as their wives.

Are Christians and other religious minorities (e.g. Hindus) threatened in the same way?

With the Hindus, there is a combination of religious and political enmity, because of their allegiance to India. However, the religious aversion to Christians is stronger.

We also hear positive examples of local cooperation between Muslims and Christians, even building a chapel together as in Gujranwala in the northeastern province of Punjab. Does the hope for future reconciliation lie at the grassroots level rather than with official proclamations?

It is a reciprocal process. At the grassroots level, people raise awareness and show positive role models, which can affect public opinion. In the end, however, it is the educational system, which is still a relic of the 70s and 80s, that must improve, and the government is in charge of that. Education once brought hatred to the people, now it must be the healer.