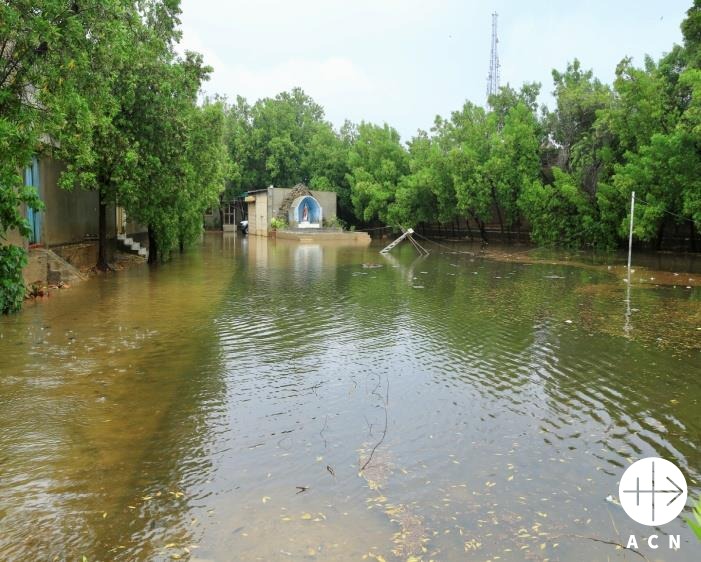 Church leaders in Pakistan warn of famine and epidemics

Pakistanis are grateful for Church help as the worst flooding in 30 years leaves many citizens with nothing.

In the midst of disastrous flooding in Pakistan, many people are approaching parishes in search of help. “People value the Church as a reliable place to go for emergency assistance,” said three Pakistani bishops at a press conference last Thursday, organised by the international pontifical foundation Aid to the Church in Need (ACN).

Archbishop Benny Travas, from Karachi, in southern Pakistan, emphasises that the Church is helping without regard to ethnic or religious affiliation. This, unfortunately, is not something that can always be taken for granted. The bishop reports that members of minorities, especially Christians and Hindus, have been turned away from aid distribution points and referred to the Church. “This mentality of discrimination is dominant everywhere,” confirmed the other bishops.

The floods have not only taken people’s homes but also their subsistence, reports Bishop Samson Shukardin, of Hyderabad. As winter approaches, famine is therefore becoming a real threat, especially since rural areas have been particularly badly affected: “The remote regions are not protected against flooding, only the big cities”, he says.

Rampant illness is also a concern, according to Archbishop Travas: “Dengue fever and cholera are spreading. The hospitals are overwhelmed, and are sending people away.” Among other things, mosquito nets are lacking to protect people from infection. The archbishop also says he has heard that pharmacies are holding back supplies of medicine, further pushing up prices.

One comfort in the very fraught situation is the great willingness to help, both from the international community and on the part of the Pakistani population, says Bishop Khalid Rehmat, Apostolic Vicar of Quetta, in western Pakistan: “The people are poor, but generous”. This help is all the more necessary as government assistance has proven not to be enough. According to Archbishop Travas the government has promised about 100 US dollars of emergency help to every family in the badly affected province of Sindh. However, this is “really nothing compared to the losses which they have suffered”.

The three bishops say that currently the greatest needs are food, medicine, emergency shelter and mosquito nets, and they thank ACN, which provided immediate assistance, including aid packages for 5,000 of the worst affected families.

Although Christians make up less than two per cent of the population of Pakistan, they very quickly managed to get a large support programme up and running. “Pakistan’s Christians have great faith,” emphasises Bishop Rehmat, “they know that we can overcome all these difficulties.”

The worst monsoon flooding in 30 years, which began in mid-June, has devastated large parts of Pakistan. Six million people have been affected by the disaster and over 1,500 deaths have been officially recorded.

Help the flooding victims with your donation online at: www.aidtochurch.org/pakistan