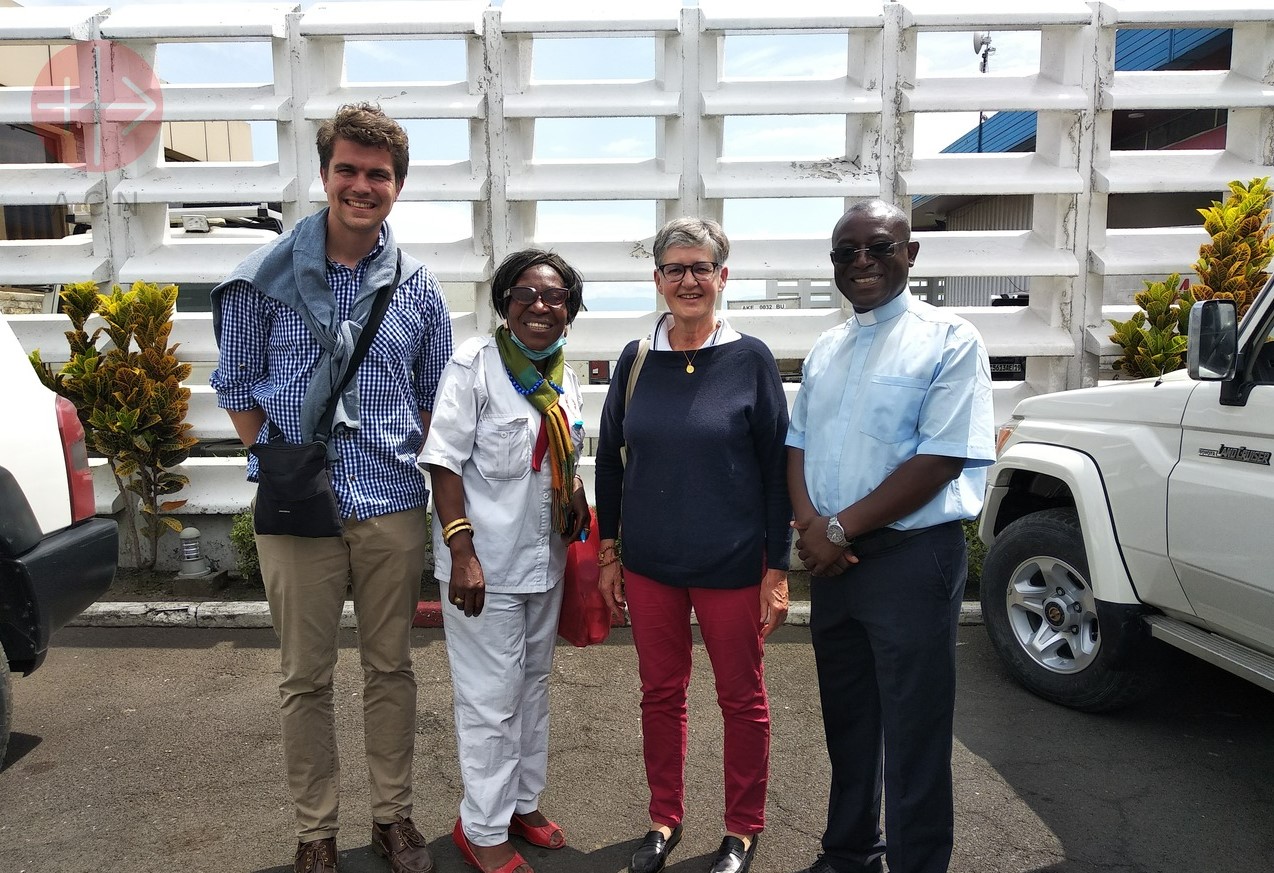 Congolese saddened by cancellation, but sympathetic to Pope’s pain

“Postponed, not cancelled, that’s the key word,” says Maxime François-Marsal, head of projects for the Democratic Republic of the Congo.

The Democratic Republic of Congo (DRC) was counting on Pope Francis to help heal the wounds of a never-ending war and to challenge political leaders to stop endemic corruption that keeps the nation in poverty. Catholics of east Congo were saddened by the cancellation of the Pope’s visit, but they understand and relate to the pain he is in, says the head of projects for the DRC at Aid to the Church in Need International (ACN).

During an online conference hosted by the charity, Maxime François-Marsal, who recently returned from a trip to East Congo, spoke of the compassion that ordinary Congolese feel for Pope Francis, who has been suffering severe pain due to medical problems with his knee, which led him to cancel his trip to the DRC and to South Sudan.

“It was a huge disappointment for the people. They had been expecting the Pope to come, and the news was a shock to them. But the fact that he said he was postponing the trip, rather than cancelling, gives them hope”, Maxime explains.

“The people understand he has trouble with his leg. A priest I spoke to said they feel compassion for the Pope because they know what suffering is, what it means to not be able to walk, to suffer so much. To them it is a sign of humility that he recognizes he can’t travel, it is a lesson for Christians to know their limits and trust the Lord.”

Despite this setback, there is still hope in the DRC that Pope Francis will become the first Pope to travel to East Congo, a region still very badly affected by conflict. “They do hope the Pope will be able to come and deliver this message of reconciliation and compassion, they really count on it. The key word here is postponed and not cancelled.”

The majority of the people in the DRC are Catholic, which made expectations around the Pope’s visit even greater. There were hopes, says Maxime François-Marsal, that Pope Francis would help the country finally achieve a state of peace that has eluded it for decades.

“The people count on the Church. We spoke to many people and the first thing they said was that they hoped the Pope’s visit would be for reconciliation. Another is a call to attention for the politician’s conscience. The root of the problem is in the corruption of the elites, so the Pope’s visit should serve to remind them of their mission as leaders.”

“For the victims, the visit is a chance to address injustices, the Pope had invited 60 people, including victims of rape, orphans, the mutilated, to speak about their sufferings to somebody who cared.”

While the state remains mostly incapable of caring for its own people, the Church runs countless schools, orphanages, clinics, and many other services, besides its regular work of providing sacraments and education in the faith. “The Church helps the people, but who helps the Church? That is where ACN comes in. We have been in this field for decades, and we know the people personally. A lot of NGOs come and go but we are present for the long run.”

“The Church can truly be an instrument of development for this country, it is taking care of its people, creating a new awareness for the common good, calling for peace, and as such, I think it deserves all our help”, Maxime insists.

During this latest trip to the country, he visited a convent of nuns who have been in the DRC for several decades. Twice the convent was overrun by militias who stole everything. “They were very close to being killed, but survived by a miracle. These were soldiers who had been raping and torturing people. Yet here they were telling us about their projects, and trusting that their mission was given to them by God”.

“These people have been through hell, and are still facing challenges we can’t imagine. They deserve our attention. These are the people who will be able to rebuild Congo.”

ACN has been active in the Democratic Republic of the Congo since 1966, and has several projects in the country, but especially in the eastern dioceses, which continue to hope for a Papal visit.

Featured Image: ACN Trip 2022 to the Democratic Republic of the Congo. Copyright: Aid to the Church in Need.