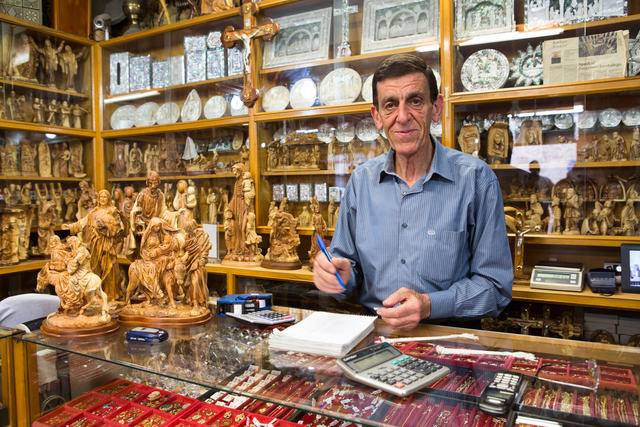 Coronavirus has destroyed our life

Rony Tabash, the owner of the Nativity Store in Bethlehem, told Catholic charity Aid to the Church in Need (ACN) that COVID-19 is the biggest crisis he has faced in his life. He said: “My grandfather opened a store near the Nativity Church in 1927. My father took over in 1955 and I came in 2003. I am the third generation and during all this time, we had many difficulties with our store, particularly political problems. 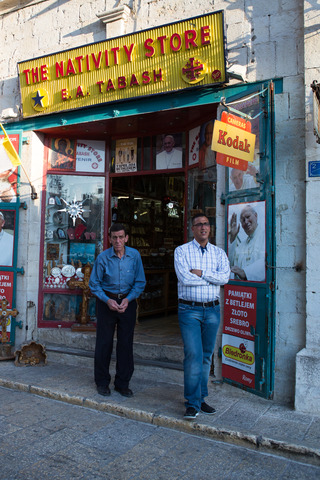 Victor and Rony Tabash in front of their Nativity Store in Bethlehem.

“We always said ‘we have to continue, we have to keep smiling.’ We always hoped for tourists. Yet, when the coronavirus came, we lost all hope. Coronavirus has destroyed our life.” Describing how the number of foreign visitors to Bethlehem – normally at two million a year – have collapsed, he said: “We are almost finished. Nine months without work – 80 percent of Bethlehem depends on tourism. We need pilgrims and tourists because we don’t have anything else.”

He added: “We have almost 100 cases of coronavirus every day. You don’t see anyone entering the Nativity Church. Usually, you would get a minimum of 6,000 people a day and a maximum of 12,000 people. Everyone here is dependent on tourists.” According to Bethlehem mayor Vera Baboun, in 1950 the population of Bethlehem and the surrounding villages was 86 percent Christian but by 2016 it was just 12 percent. According to media reports, up to 90 percent of workers in Bethlehem’s tourism industry are Christian. 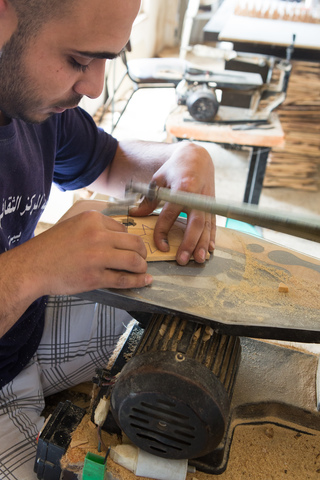 The craftsman, Elias Jaraisa in the workshop.

Mr Tabash said: “This problem is affecting all the population in Bethlehem and the Holy Land. Christians are the minority and you can see the strain on them clearly… We’ve had many political problems but we say we never give up hope...” He added: “Tell the pilgrims, we are waiting for you to come back again. The Church is all of us. We are united. The spirit of the pilgrims is the Church. Without the pilgrims, something is missing in the Holy Land.”

View our selection of Olivewood products made in the Holy Land by the Tabash family here.

Main featured Image: Victor Tabash behind the counter of his Nativity Store in Bethlehem. Photographer for all photos: Ilona Budzbon.