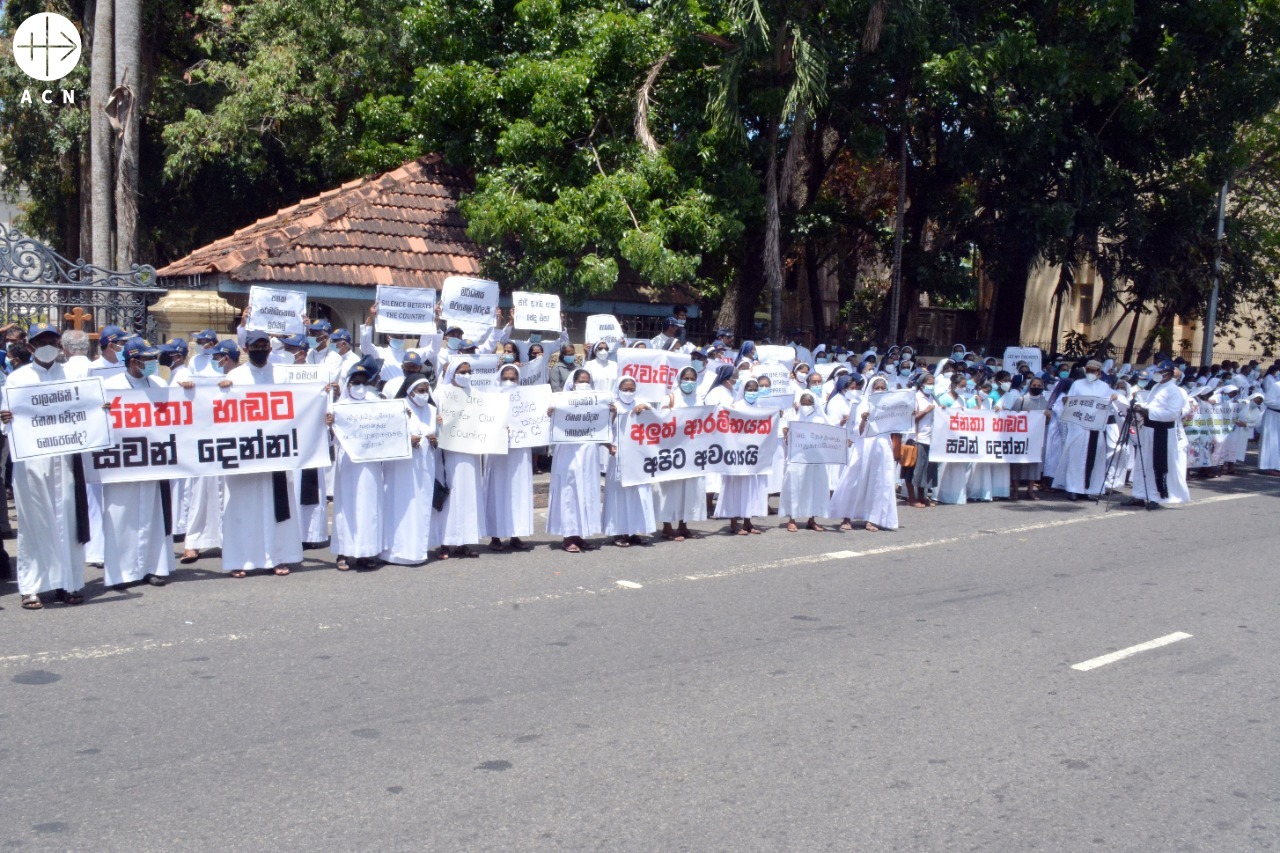 Deep in crisis, Sri Lankans will focus on helping the poor this Christmas

The bishops of Sri Lanka have asked the faithful to avoid lavish celebrations this Christmas, as the country faces an uphill struggle after mismanagement led to economic disaster.

Christians have been asked to avoid “fabulous” celebrations and overspending this Christmas season, as most of their compatriots continue to suffer from the severe economic crisis that swept the country this year.

In a message sent to Aid to the Church in Need (ACN), Fr Jude Chrysantha Fernando, director of communications for the Archdiocese of Colombo, says that the request came from the country’s bishops. “Our Bishops’ Conference and our cardinal recently requested all our Catholics and non-Catholics not to celebrate Christmas in a fabulous manner, spending money on unnecessary things such as decorations and gala Christmas parties, but to use that money to help the poor.”

Acts of generosity such as this have become especially important in Sri Lanka due to the severe financial crisis caused mostly by political mismanagement, which culminated in former president Gotabaya Rajapaksa fleeing the country.

Following the difficulties already caused by the pandemic and the ensuing shutdowns, which led to large-scale unemployment, political decisions made everything worse. “In the beginning of this year our former President banned chemical fertilizer in order to promote organic fertilizer. Farmers who were used to chemical could not afford this and were unable to cultivate their paddies. We had to import rice, and prices rose.”

Corruption and mismanagement led to a shortage of foreign currency, which in turn led to power outages, and the doubling of fuel and public transport prices. “Some days there were power-cuts for more than nine hours, badly affecting businesses, many of which closed. The Government stopped importing gas, and many people who were living in flats couldn’t survive, because they cannot use firewood inside of the houses. Fuel shortages also meant that boats could not go fishing”, and the tourism industry was levelled, with hundreds of thousands losing their jobs.

As the local currency plummeted and food began to run out, including basics such as powdered milk and emergency medication, people took to the streets to protest. “Many bishops, priests and nuns supported these protests actively. Our Cardinal also spoke openly for these young people and went to the site of the protests. On 9 May some pro-government thugs started brutally beating the youth. Seeing images of this on social media, people in villages began to set fire to the houses of the government members.”

In July, with the situation out of control, President Rajapaksa fled the country, being replaced by Ranil Wickremesinghe.

“This President, being an educated and experienced person, is trying his best to bring dollars to the country. Now things are getting better, but very slowly. It will take two or three years for the country to get back normal”, says Fr Fernando.

Meanwhile, the Church was also deeply affected by the crisis. “We have a system of monthly contributions, but during the pandemic priests didn’t take this contribution from the parishioners, because they knew that people were in great difficulty. With rising prices, expenses doubled, but income is the same, so our priests find it difficult to maintain the parishes. In spite of all this, priests try their best to support the poor.”

Aid to the Church in Need has been providing emergency assistance to the Sri Lankan Church. “Our Caritas institution also helps the poor parishes with the money given by foreign funding agencies such as ACN, including Mass stipends. As an Archdiocese we are so grateful to ACN for helping us and our priests”, says Fr Jude Fernando.

Featured Image: The Clergy is protesting in Sri Lanka as the economic crisis worsens in 2022. Copyright: Aid to the Church in Need.