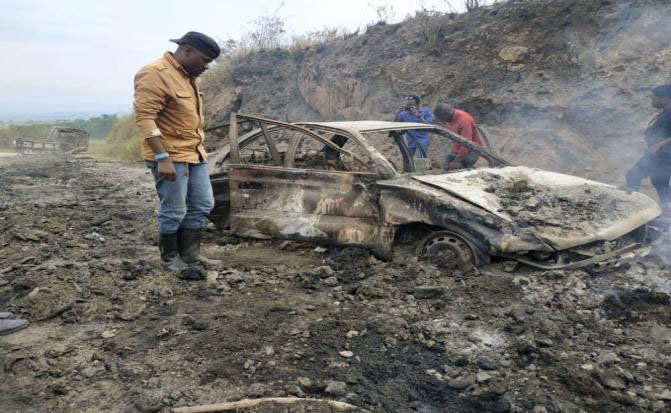 Rarely before have the Catholic bishops of the Democratic Republic of Congo spoken out so clearly about the situation in the East of their country, which is plagued by the violence of rebel militias. "The situation of insecurity in the East is a veritable crisis, which is affecting the whole country. We cannot hope for the development of this country as long as the East remains under the control of predators," states their joint document, published on April 8 this year and made available to the international Catholic pastoral charity and pontifical foundation Aid to the Church in Need (ACN International).

In this document, they call upon the political leaders of the country to adopt an entirely new direction in their political, military and humanitarian strategy for the country, in order to effectively address the crisis in the East. The statement includes the summary of a fact-finding trip by a joint delegation of the bishops' conference and the Association of Ecclesiastical Conferences of Central Africa (ACEAC), which visited the provinces of North Kivu and Ituri in January this year.

According to the statement, the bishops' interlocutors in the Beni-Butembo region (North Kivu province) referred also to the religious aspect of the conflict. They see “the Islamization of the region as a sort of deeper strategy for a long-term negative influence on the general political situation of the country.” Prisoners who escaped the Islamist militia ADF (Allied Democratic Forces) also confirmed to the bishops “that they had been compelled to 'convert' to Islam”.

The bishops also draw attention to the various goals of the aggressors. They are exploiting "the weaknesses of the regular armed forces in order to achieve their political and religious goals," which include "the occupation of the land, illegal exploitation of natural resources, gratuitous self-enrichment and the Islamisation of the region without regard for religious freedom."

According to the statement, the number of victims runs into the thousands. For example, in Beni-Butembo (Provinz North Kivu) there have been over 6000 people killed since 2013, and in Bunia over 2000 in the year 2020 alone. On top of this, at least 3 million people have been forced to flee and around 7500 people abducted, said the report.

The bishops particularly lament the absence of any civil authority. "The people feel abandoned. The promises by the central government to rapidly restore peace are plentiful, but in many cases, they have remained without any effects," they write.

In a similar way the UN peace mission MONUSCO is accused by the local people of inaction and even complicity, the bishops state. Indeed, its presence is arousing growing suspicion and scepticism, since its forces have not succeeded in preventing the massacres, even when these have happened just a few metres from the positions of the UN troops.

Already back in January, following bloody massacres of civilians, the Catholic Bishop of Butembo-Beni had appealed to the international community to listen to the "cry of suffering" from his country. In a video message sent to ACN International, Bishop Melchisédech Sikuli Paluku stated, "I hope that help can be given to the poor people here. We feel abandoned in the face of the Way of the Cross that we have had to endure for years now."

For decades, this region in the east of the Democratic Republic of the Congo, which is rich in natural resources, has been plagued by the violent incursions of the rebel militias belonging to the so-called "Allied Democratic Forces" (ADF), which originally invaded from Uganda. In addition to these, there are numerous other active militia groups. Despite this, the Congolese Armed Forces and the UN‘s MONUSCO peacekeeping mission have been unable during all this time to bring peace to the region.

Featured Image: Burnt car after an attack in the Butembo-Beni Diocese. Copyright: Aid to the Church in Need.