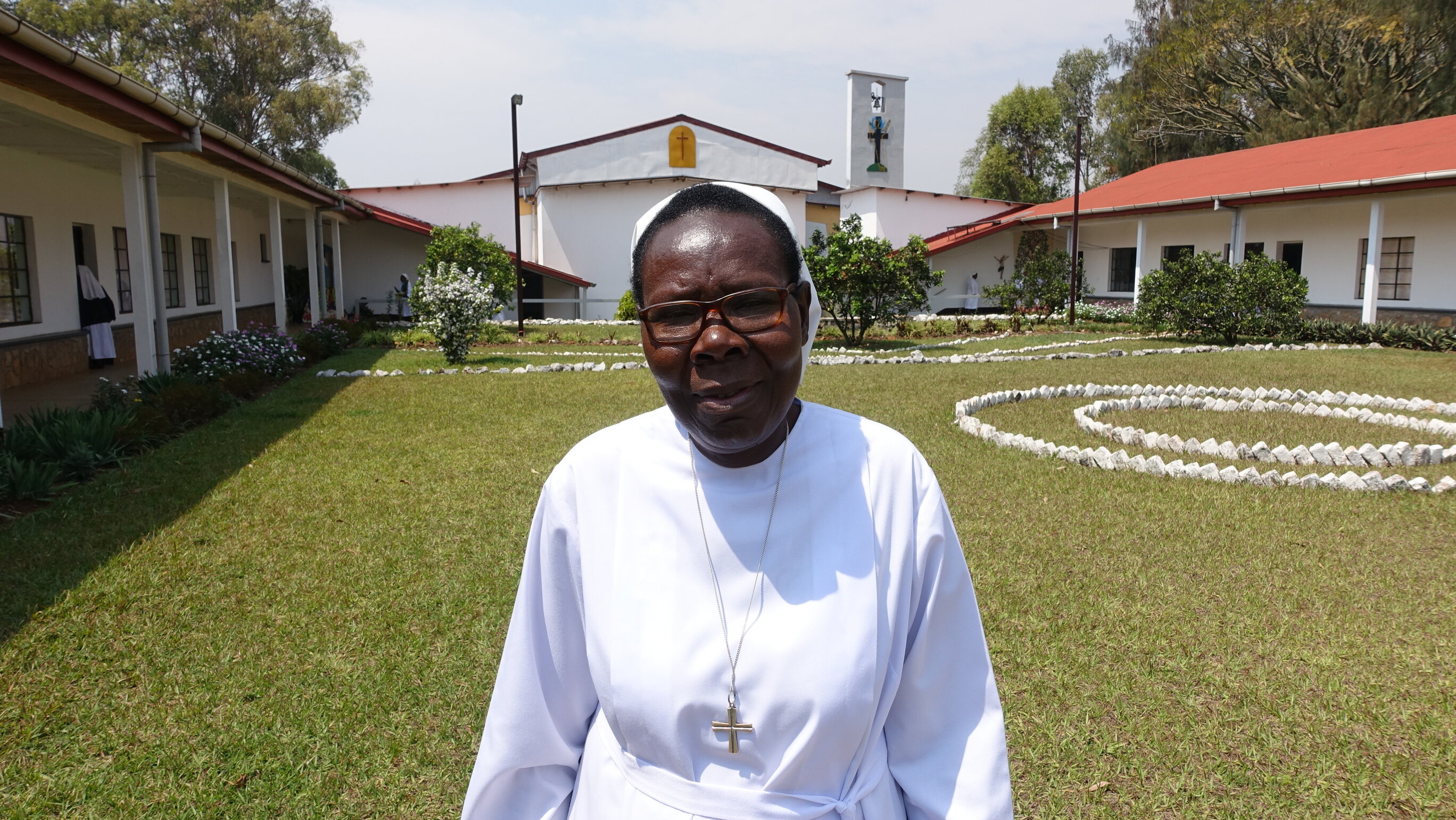 Catholic nun expresses concern for the situation of the people following a mass exodus from Goma, a city of 2 million people.

Following the recent eruption of the volcanic Mount Nyirangongo on the eastern frontier of the Democratic Republic of the Congo, and the subsequent tremors indicating a possible further eruption, there are real fears of a still worsening humanitarian situation. Mother Florida Bugagara, a Catholic religious and prioress of the congregation of the Daughters of the Resurrection, who is based in the city, spoke (on Thursday 27 May) to ACN International about the mass exodus from Goma, a city of over 2 million people.

“The people are in danger and in need. We are preparing for the worst. I fear it may develop into a humanitarian crisis. People have fled from Goma into the surrounding countryside. Many are camping on the roadside or in the hills and mountains. They have no shelter and no extra clothing. And there is a lack of food and water as well. I‘m also worried that there could be an outbreak of disease, as a result of the precarious hygiene conditions among those who are fleeing.”

Official sources are now also preparing for the fact that, following Saturday‘s eruption, there could be a further eruption and lava flow from Mount Nyirangongo, which is one of the most active volcanoes in the world. Following the order for a partial evacuation of the city of Goma, on the shores of Lake Kivu and on the frontier with Rwanda, the situation is one of great insecurity, according to Mother Florida. She is hoping that the authorities will continue to keep people regularly updated as to the actual degree of danger. “The governor has called on the people to be watchful and ordered those in the most endangered districts to evacuate. But nobody knows where the lava might emerge next, and everyone is running hither and thither chaotically. It is not a good situation,” she told ACN. In the panic and chaos many parents have become separated from their children and do not know what has happened to them. “Some of our sisters were also forced to flee,” she said. “But as a religious community we are above all concerned as to how we can help the people. Some of our sisters are already helping in the refugee camps. The people really have nothing.”

Meanwhile, the John Paul II seminary has also been affected by the evacuation, according to information gleaned by ACN from local sources.

Mother Florida is appealing to the benefactors of ACN International for their prayers and material support. “We appeal to your benefactors to continue supporting ACN so that it can help the needy and disadvantaged people. And we pray to the Lord that he may continue to protect his people and take pity on them. And I ask your benefactors throughout the world to pray for our country, especially for those in the East. On top of all the massacres in our province of North Kivu, we are now facing this natural disaster,” she told ACN, referring to the ongoing terrorism that has been inflicted by armed militias in the eastern provinces of Congo for many years now. The people of the DR Congo are counting spiritually and materially on the benefactors of ACN, Mother Florida insists. “Please lift up your voices to the Lord and ask him to avert this catastrophe, for the sake of his great glory.”

Featured Image: Sr. Florida from the Daughters of Resurrection. Photographer: P. Martin Barta. Copyright: Aid to the Church in Need.