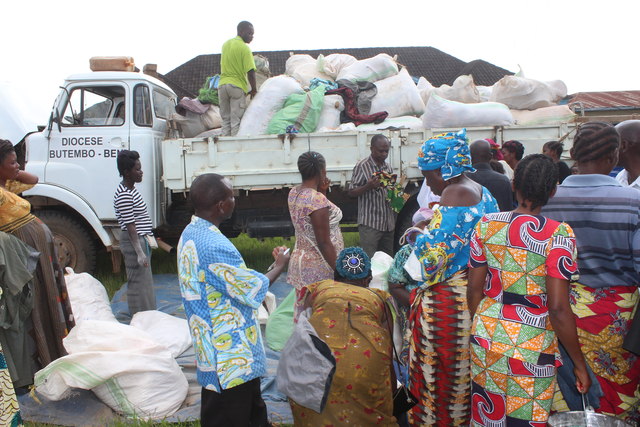 Democratic Republic of the Congo: “We have been on the Via Dolorosa for years”

Following bloody massacres, the Bishop of Beni appeals to the international community through Aid to the Church in Need.

After bloody massacres of civilians in northeastern Democratic Republic of the Congo, the Catholic Bishop of Butembo-Beni has appealed to the international community to listen to the “cries of suffering” from his country. In a video message sent to the pontifical foundation ACN International, Bishop Melchisédech Sikuli Paluku said, “I hope that there is help for the poor people here. Having been on the Via Dolorosa for so many years, we feel as though we have been abandoned.”

Since 31 December of last year, at least forty people have been brutally murdered in the environs of Beni, the seat of the bishop, during a number of attacks allegedly carried out by the rebel militia group ADF. According to press reports, several were beheaded with machetes. The Bishop’s video-message includes pictures of crime scenes showing the victims and the earth soaked with their blood. “In the past year alone, about 1,000 people were killed. This has been happening for the last ten years. The situation has drastically deteriorated since 2014. One massacre follows the next,” the bishop continued. He deplored the indifference of the government and of the media in the Democratic Republic of the Congo. “The media in our country either report nothing or almost nothing about it. And the only thing that our politicians care about is getting a share of power. The people here simply don’t count. They have the feeling that the government doesn’t even exist here. We feel as though the state authorities have abandoned us.” However, in spite of everything, Bishop Paluku still has hope that the situation will improve. “We hope that, in the future, the state will put more effort into ending the massacres.”

For years, the rebels of the militia group Allied Democratic Forces (ADF), a group originally from Uganda, have been ravaging the border areas between the Democratic Republic of the Congo and the neighbouring country of Uganda, an area that is particularly rich in resources. During this time, the Congolese military and UN peacekeeping mission MONUSCO have not been able to establish peace in the area. The region around Beni in the North Kivu province is considered the epicentre of violence. According to human rights organisations, eastern Congo is suffering from the longest-lasting humanitarian crisis in Africa.