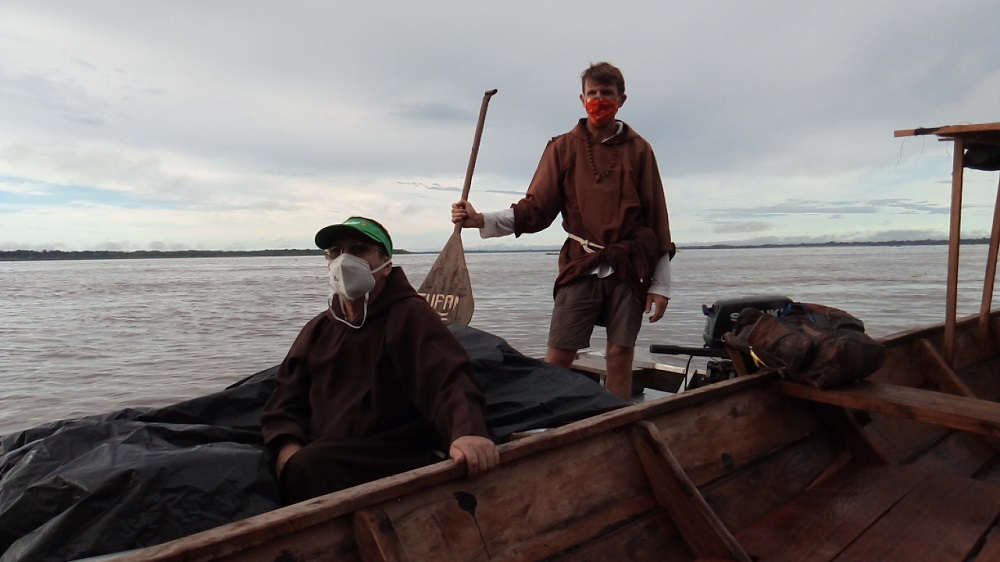 Dozens of priests are dying of COVID-19 in Latin America

The Catholic Church in Latin America has not been spared the scourge of the COVID-19 pandemic.

In 2020 and in the first quarter of 2021, dozens of priests in a number of countries such as Venezuela, Mexico, Peru, Columbia and Bolivia have died after contracting COVID-19 while carrying out their pastoral work assisting the faithful and supporting them as they deal with fear and pain.

According to a recent statement of the Venezuelan Bishops’ Conference (CEV) addressed to Aid to the Church in Need (ACN), from March 2020, when COVID-19 first began to spread across the country, until the present, 201 of the 2002 priests currently serving in Venezuela have contracted the disease. Of these, twenty-four have subsequently died.

The CEV further explained that “those who serve the Church cannot avoid exposure to the COVID-19 virus. The priests who fulfilled their vocation of service to the community, who fulfilled their mission as ‘Doctors of the Soul’ did so knowing that, even after taking all precautions in the churches and complying with all the hygiene rules, they ran the risk of infecting themselves and, therefore, also ran the risk of dying.”

According to the information available to the pastoral charity ACN, the circumstances of the clergy in Mexico are even more dire. The Catholic Multimedia Centre (CCM) has reported that, from the beginning of the pandemic in 2020 until March 2021, 245 priests and religious have passed away from complications related to COVID-19. Among the deceased are five bishops, 221 priests and religious, 11 deacons and eight religious sisters.

In a report issued in February, the CCM wrote that the most severely affected were the Archdioceses of Guadalajara, of Mexico, of Puebla, of Morelia, of San Luis Potosi, of Toluca and the Archdiocese of Tlalnepantla.

The situation in Peru is equally very serious. Particularly moving was the news of the death of Msgr. Luis Armando Bambarén Gastelumendi S.J., Bishop Emeritus of Chimbote and former President of the Peruvian Bishops’ Conference (CEP), who passed away on 19 March. Eduardo Peña Rivera, chaplain of the Peruvian Air Force (FAP) in Piura, a region in the northern part of the country, also passed away of COVID-19 in March.

The most recent loss was Father Dergi Facundo. The young priest, who had brought solace to those suffering from the disease by administering the sacraments in the northern regions of the country, passed away on 16 April.

Columbia has also suffered the loss of a bishop: Bishop Luis Adriano Piedrahita of Santa Marta died on 11 January 2021. According to the information available to ACN, ten Jesuit priests who lived in the same house in the Chapinero district of Bogotá died within a period of two weeks in late 2020. Between April 2020 and January 2021, twelve Jesuits in the country died of the disease.

The death of Franciscan monk Gabriel Gutiérrez Ramírez on 2 April was a severe blow to Catholics in the Columbian capital. The monk was known as the “Angel of the Outcasts” because of his apostolate for the homeless and the establishment of the foundation “Callejeros de la Misericordia” (“Street workers of Mercy”).

No recent information is available from Bolivia; however, in mid-2020 the portal “Información de la Comunidad de Bolivia” (Information Service of the religious community of Bolivia, Infodecom) reported that 13 priests had died of COVID-19. One of them was Bishop Eugenio Scarpellini of El Salto. The Archdiocese of Cochabamba also lost five priests to the epidemic this past February.

“Church life never stands still,” wrote Msgr. José Trinidad Fernández, Auxiliary Bishop of Caracas and Secretary-General of the CEV, in the most recent statement released by the organisation. The Auxiliary Bishop encourages the people not to lose hope because “God is with us during our daily lives; after all, we are God’s Temple. God lives in the heart, which does not leave any room there for sadness, disillusionment and disappointment.”

The CEV further wrote in its statement that, in the midst of the fear and pain caused by the pandemic, the faithful are looking to “come closer to God, to receive solace for their souls. The priests try to respond to this fundamental need by dedicating themselves in all of their humanity, while still adhering to all the necessary precautions.”

ACN Head of Projects Regina Lynch expressed her sorrow and her appreciation for the work of the Church in a statement on these tragic circumstances. “In spite of the many fatalities, priests and religious continue to pursue their mission, standing by those who have fallen ill with COVID-19 and giving solace to the faithful who are suffering so severely both in the countries mentioned above and in others all over the world.” She further emphasised that “the priests and religious sisters often contracted the disease while pursuing their heroic work of dedication and service to those most in need, or while caring for the health of the soul. This is extremely important work because we Christians are not only concerned about the health of the physical body.”

In 2020, the pastoral charity ACN donated more than 2 million AUD in support of a total of 146 projects to help the local Churches deal with the impact of COVID-19 in Latin America. The charity has expanded its aid for priests and increased the number of Mass intentions. The organisation is currently supporting more than 7,200 priests.

Featured Image:  Food being brought to poor communities in Brazil. Copyright: Aid to the Church in Need.