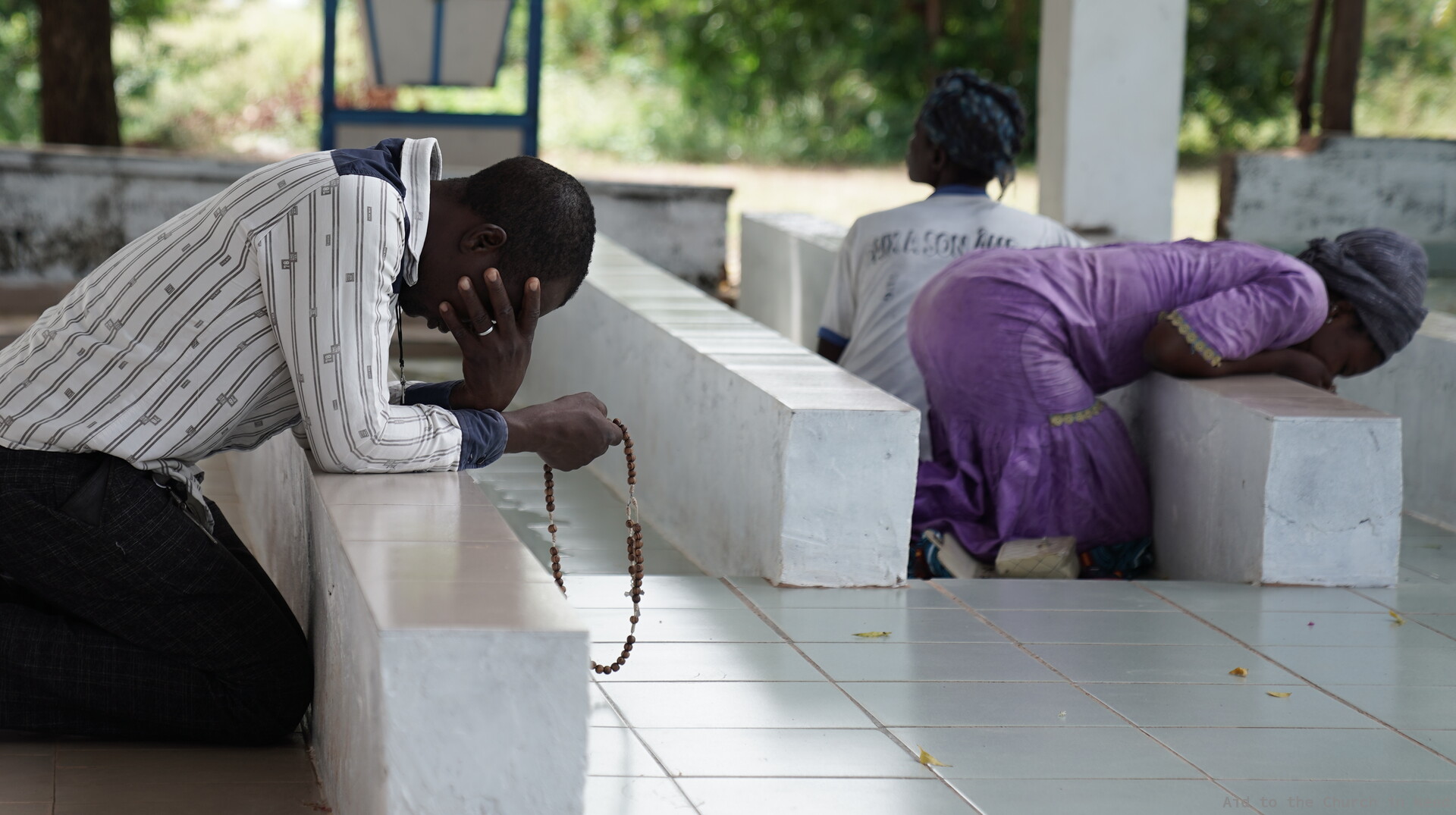 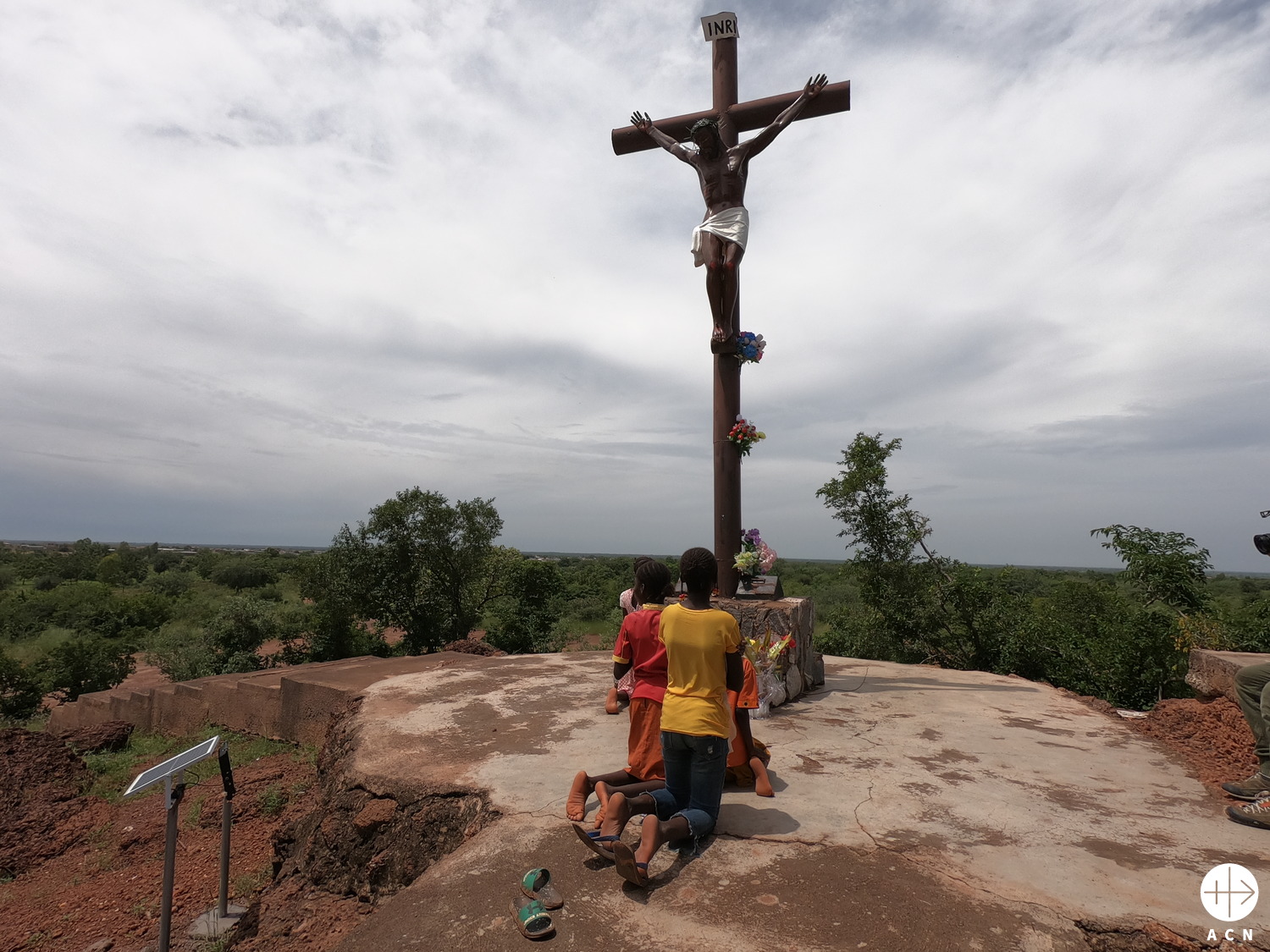 “Faith, not guns, is what will save us”

During a visit to the international headquarters of ACN, in Germany, Father Honoré Quedraogo, a priest from the diocese of Tenkodogo, in east-central Burkina Faso, spoke of the situation his country is currently facing.

Officially, 40% of the country is uncontrolled by the State, but in the remaining 60% there are also some areas that are in the hands of the terrorists, Father Honoré explains. The situation, says Fr Honoré, rector of the seminary of Tenkodogo, has grown worse since the first terrorist attack in 2015, and terrorism now affects all corners of the country. “People wake up in the morning and don’t know if they will become the latest victims of an attack, and nobody feels safe anymore”.

The fact is that since Lieutenant-Colonel Damiba became Head of State, in January of this year, nothing has changed. He overthrew Kaboré’s regime, promising a radical fight against corruption and terrorism but, if anything, the situation has grown worse, the priest claims. “By loudly proclaiming that he wanted to fight the terrorists, it seems like Damiba was actually issuing a challenge to them. The result is that we have had more attacks than ever. Is this a coincidence or consequence? For now, nobody can be sure”.

According to the priest, it is difficult to point to the real motives that drive the terrorists, which could go from pure banditry to the desire to wage jihad. However, victims say that there are elements of Islamic fundamentalism in the attacks. “The attackers force the Burkinabé to follow Sharia. Men are forced to wear trousers of adequate length, and forbidden from shaving their beards, and women have to be veiled. Western-style education is banned, and children are made to attend Koranic schools, called Madrassas. Churches must not ring their bells, and everyone is required to participate in prayers at the mosques”, Fr Honoré explains.

The situation is compounded by widespread poverty. “At least 60% of the population is unemployed. They have nothing to do all day, and no money, so if they are offered 100 euros to go and kill somebody, they accept.”

Many priests and catechists had to flee the diocese of Tenkodogo, which is overwhelmingly Muslim, for safety reasons. Some parishes have suspended most of their activities, and the faithful have to travel large distances to obtain the sacraments. Fortunately, many have the opportunity to follow mass and prayers on Christian radio broadcasts, which are crucial in these situations. Many seminarians, the rector of Tenkodogo explains, have been unable to go home to their families during the summer holidays, due to the terrible security situation all over the country.

Nonetheless, Burkinabé Christians keep the faith. “Some of my parishioners spend their nights praying for peace. This painful situation has strengthened the faith of Christians in the entire country. Some have even gone so far as to be martyred, preferring to die than to renounce their faith”, says Fr Honoré.

In fact, the priest believes that his country will be saved through faith. “Faith and prayer are what will save us, not guns. What we are experiencing is beyond us, these attacks are diabolical in nature, and therefore only God can help us.” He recalls that in 2018 all the country’s bishops, accompanied by one million faithful, made the pilgrimage to the Marian shrine of Yagma, to consecrate Burkina Faso to the Immaculate Heart of Mary, following the prayer taught by Our Lady, at Fatima. “The next year, in 2019, there were almost no attacks in the country”, the priest says. Knowing what is at stake, the priest ardently asks all people of goodwill to pray for peace in Burkina Faso, through the intercession of the Blessed Virgin.

Featured Image: Pilgrims praying at the Shrine of Our Lady of Yagma, Burkina Faso. Copyright: Aid to the Church in Need.