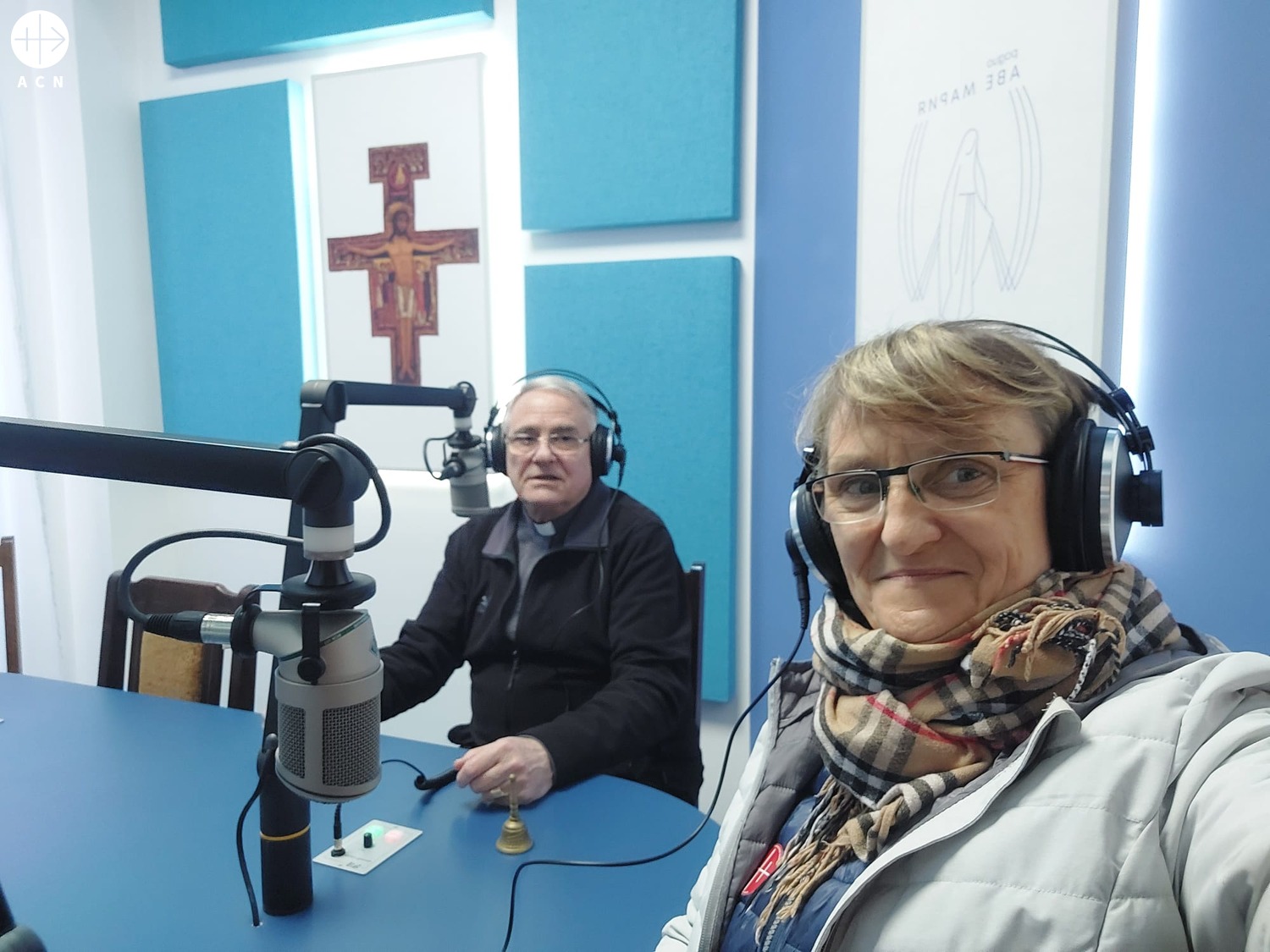 Cardinal Sandri: “What was a dream is now a reality!”

2022 was a year of celebrations for the Catholic Church in Bulgaria, with the 20th anniversary of Pope John Paul II’s visit to the country, and the 70th anniversary of the murder of four Bulgarian martyrs, three Assumptionist priests and one Passionist Bishop by the Communist regime. Vatican envoy Cardinal Sandri travelled to Bulgaria to mark these milestones by opening the first Catholic radio station in the country, an important instrument for evangelisation and ecumenism.

The Bulgarian Church is a Martyr Church. Between 1946 and 1990, during the Communist times, every single priest spent time in prison, properties were confiscated, foreign priests were expelled and seminaries were shuttered. “I was ordained a priest in 1971. I was the first and only priest in 19 years; it took another five years before the next ordination”, says the current Greek Catholic Bishop of Sofia, and chairman of the Bulgarian Bishops’ Conference, Bishop Christo Proykov, in an interview with Aid to the Church in Need (ACN).

Slowly but surely, the Catholic Church recovered. Currently 60 priests, 100 male and female religious, as well as a variety of secular movements operate in the country. “Some of our buildings were returned, and with the help of ACN we managed to repair and build new ones”, says the head of the Byzantine rite Church. “Although there is a generation that has been well educated in the faith, thanks to the parishes and catechists, the young people, in general, had no religious formation, their parents had not received anything they could pass on”, Bishop Proykov explains.

All of which helps explain why Ave Maria radio – which was inaugurated in the capital on the feast day of St. John Paul II, thanks to the help of ACN – is so important. “The youth had been asking us for this for years, they had even been producing material in their homes. Finally, we have been able to bring to fruition this wonderful initiative, which is going to be an instrument for prayer and education for young and old alike.” The Ave Maria radio project was entrusted to the Franciscans, “who come from Poland and have a lot more experience”, says the bishop.

Bulgaria is a majority Christian country, around 85% Orthodox, with around 1% Catholics, dispersed all over the country, including a community only three kilometres from the Turkish border. There is also around 10% of the population that is Muslim, mostly with Turkish roots. Bishop Christo Proykov stresses that “Ave Maria is not only for Catholics, there are many people who are searching, there is a hunger for spiritual and religious formation, but we also have cultural content, with programmes about music and history. This is a project by all, and for all”.

As part of the celebration of the 20th anniversary of the Apostolic visit by Pope John Paul II, in 2002, Cardinal Sandri, prefect of the Dicastery for the Eastern Churches, flew to Sofia for a series of events. His first official act in the country was to bless the studios of Ave Maria radio, which are located in the recently restored house of then apostolic delegate Angelo Roncalli, who would go on to become Saint John XXIII.

“Ave Maria radio was a big dream, but now it is a reality. A reality that proves that the Catholic Church can work not only in the church buildings, but also via radio, with all the people, especially those who are suffering, or who do not have the possibility to go to church“, said the Cardinal.

The prefect for the Dicastery of Eastern Churches showed his gratitude to ACN benefactors. “A special word for the friends of ACN, who are working for fraternity in the world, through the charity and service to all these people in suffering. You are in the Church great protagonists of charity, love and service. Thank you for your generosity and participation. You who follow these works with your charity, from your own countries, should know you are big actors of the Church here in Bulgaria.“

Featured Image: Visit of Magda Kaczmarek to Radio Ave Maria in Bulgaria. Copyright: Aid to the Church in Need.