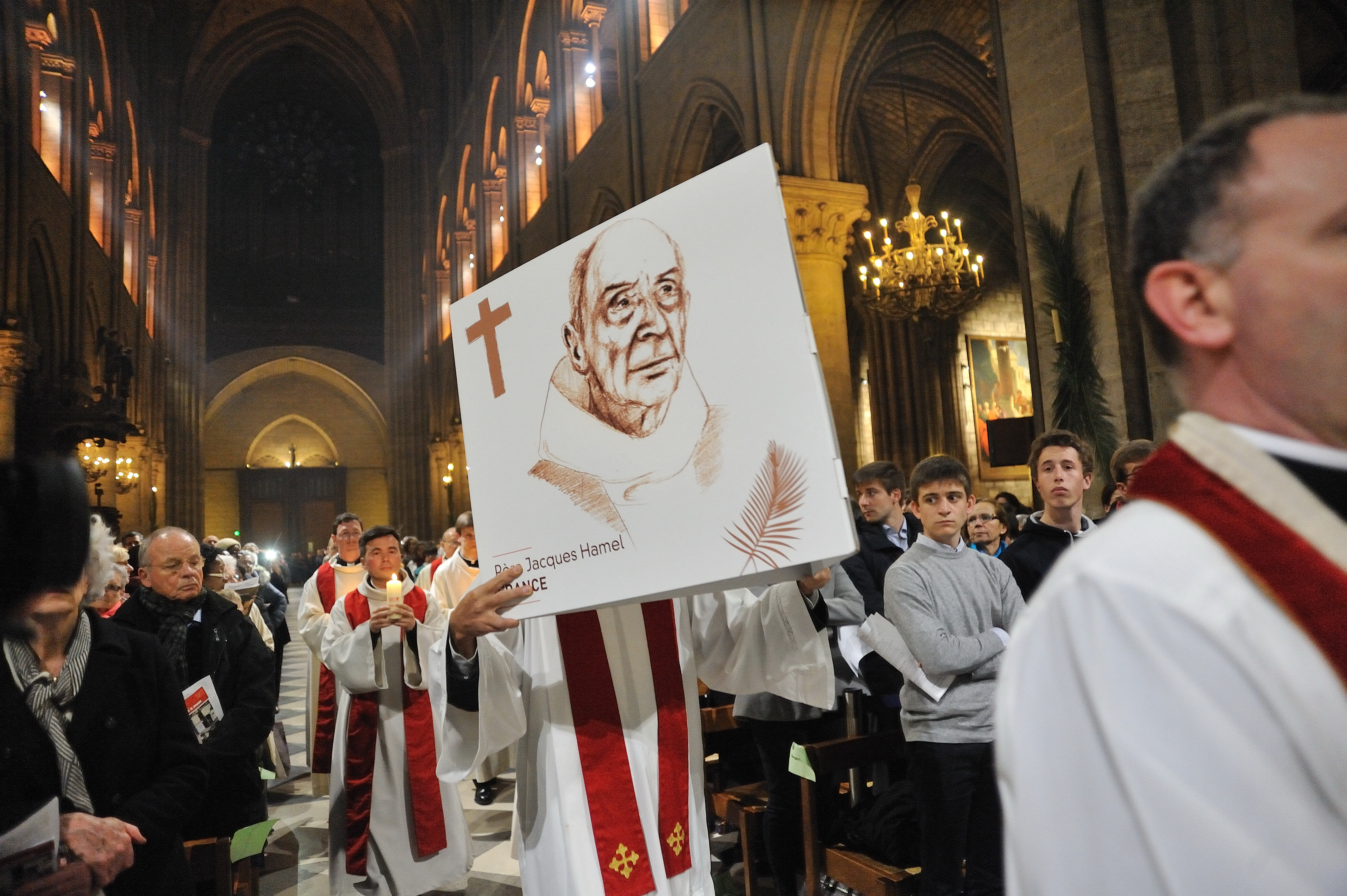 Fr Jacques Hamel: an example of simplicity and authenticity

The sixth anniversary of the murder of the French priest at the hand of jihadists.

“The martyrdom of Fr Jacques Hamel has been proven”, says Fr Paul Vigouroux, postulator for the priest’s cause of beatification, speaking to pontifical charity Aid to the Church in Need, on the sixth anniversary of his murder. Fr Vigouroux explains that “this was a violent and premeditated death, caused by hatred for the Christian faith. The French police have proven this to be the case, and it has been included in his file”.

Fr Jacques Hamel was murdered by two jihadists in his parish church of Saint-Étienne-du-Rouvray, in Normandy, France on 26 July 2016, while celebrating Holy Mass.

Six years after the crime, the Vatican is analysing the cause for his beatification, while the Church of Saint Stephen, in Saint-Étienne-du-Rouvray, near Rouen, has become a place of pilgrimage. “The faithful flock to the church or to Fr Hamel’s grave, in groups or by themselves”, Fr Paul Vigouroux, a priest in the diocese of Rouen, tells ACN. This devotion speaks also to the appeal, to modern man, of the personality of a simple person who loved his daily life.

Several miracles and cures have already been attributed to the martyred French priest, explains the postulator. “One example is a person who claims to have been healed after placing his paralysed hands on Fr Hamel’s grave. We have the paperwork from his doctor. There are definitely supernatural elements that have encouraged us to keep up our work”.

Fr Hamel was stabbed several times before he died. Following the crime, the diocese began its investigation, gathering documents and testimonies to obtain the facts. Once this stage of the work was complete the dossier was sent to Rome, which published a decree saying that due process was followed and that the case is being studied. “The Church likes to take its time”, says Fr Vigouroux.

During a suffrage Mass for the French priest, celebrated by the Pope on 14 September 2016, Francis said “today in the Church there are more Christian martyrs than there were in the early days. Today Christians are murdered, tortured, imprisoned, and slaughtered because they refuse to deny Jesus Christ. In this history, we come to our Fr Jacques: he is part of this chain of martyrs.”

Jacques Hamel was born on 30 November 1930 in Darnétal, in the industrial outskirts of Rouen, Normandy. He had been a priest for 58 years when he was murdered. He spent his life in service of others, celebrating weddings, baptisms, and accompanying the sick. He was active in ecumenical and inter-religious dialogue, including with the Muslim and Jewish communities, whom he visited frequently.

The postulator of his cause explains that one of the main messages of Fr Hamel’s life is simplicity and authenticity. “He did not try to be the centre of attention, nor did he wish to be famous.” However, he would go on to become the first priest to be martyred by Muslim extremists in Western Europe in the XXI century.