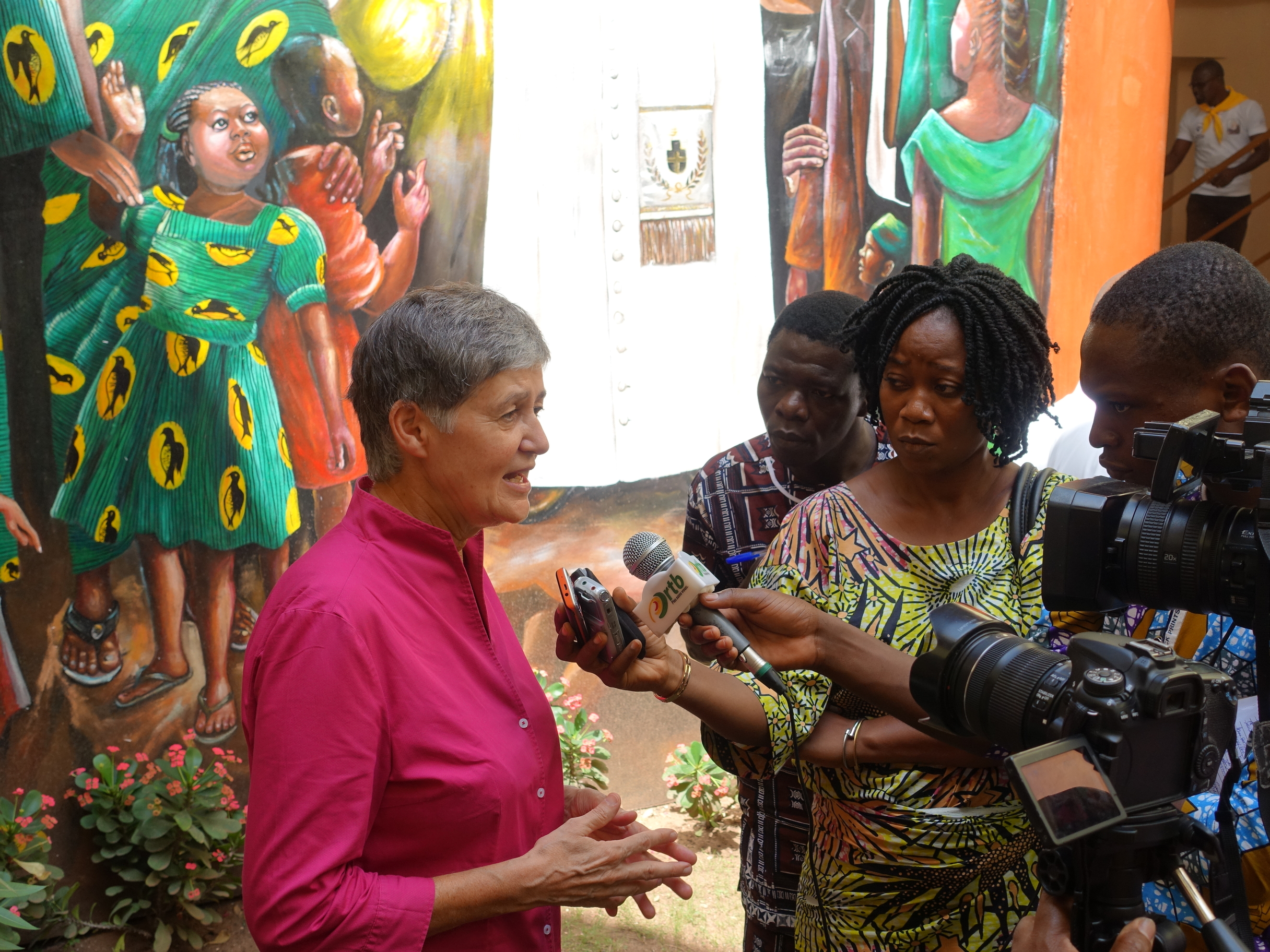 Gratitude for 28 years serving the Church in Africa

Christine du Coudray retires after 28 years at ACN International as head of project department for Africa.

The pontifical foundation ACN International bids farewell to Christine du Coudray as she retires after serving as coordinator of projects for Africa for many years. Dr Thomas Heine-Geldern, executive president of ACN International, thanked the departing member of his staff for 28 years of service for the African Church. “Christine du Coudray has rendered exceptional service to the Church on the African continent.” Dr Heine-Geldern also looked back at the initial years of Ms du Coudray’s. “Anyone who is looking to serve Africa should learn how to do so from the Africans themselves. And that is exactly what Christine du Coudray did.” She took over the position at ACN in 1993. One year later, she travelled to Rome for the first African Synod. She was the only woman from Europe among the 350 participants. The encounter with the Church of Africa as it gathered around the pope would have a major impact on her life.

Due to the safety measures being taken because of COVID-19, the foundation will not be able to mark her retirement by holding a public celebration and a service of thanksgiving. However, many bishops from Africa have written in gratitude for Ms du Coudray’s work. Bishop Oscar Nkolo Kanowa from the Democratic Republic of the Congo, for example, thanked her for “her motherly heart that was always so empathetic to the Church in need.”

His confrere Bishop Paluku Sikuli Melchisédech, who is head of the diocese of Butembo-Beni in eastern Congo, a region plagued by war and violence, lauded her support in difficult times “when the security conditions and the humanitarian situation had deteriorated dramatically.”

Christine du Coudray herself looks back at her years at ACN with gratitude and remembers the initial challenges. “When I started work 28 years ago, I was hardly able to locate the African countries on a map. I accepted the challenge and started to build up my knowledge from zero,” the native of France recalled.

Looking back, what is most evident are the major changes that Africa has undergone over the last decades. “My first trip took me to Tanzania in 1994, the last to Sudan in March 2020 right before the COVID-19 pandemic broke out. The situation there has changed drastically: before, you would find a hut illuminated by a single candle, now electricity is supplied by solar panels. I have kept all of the journals with my notes!”, she remembered.

One of Ms du Coudray’s primary concerns was ensuring that her work would build real bridges and strengthen the sense of community. “No matter how important the financial aid from our benefactors was and still is, we are there to listen to the bishops, the priests and the religious sisters, to share in their daily lives and to understand their needs,” she explained. “There is a time to serve and a time to step down. After 28 years, I am ready for the latter.”