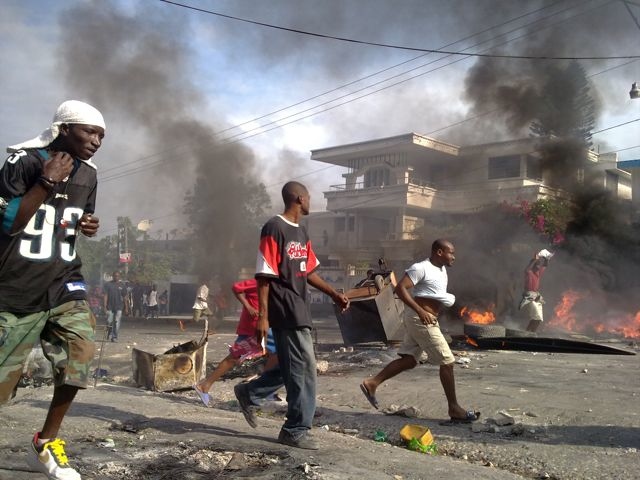 The Bishop’s Conference of the Caribbean island deplores the explosive security and political situation.

The Catholic bishops of Haiti have released a message deploring the catastrophic situation prevailing on the Caribbean island. “The country is on the brink of an explosion. The daily lives of the people revolve around death, murder, impunity and uncertainty,” the Haitian Bishops’ Conference wrote in a statement issued on February 2, which was also sent to the Catholic pastoral charity ACN International.

For months, the Caribbean nation has been buffeted by a severe political crisis. At the heart of the conflict between government and opposition is the length of the term of office of President Jovenel Moïse. The president maintains that his term of office is set to end in the coming year. His critics, on the other hand, believe that his term came to an end on 7 February as stipulated in the constitution. The differing viewpoints concerning the official end of his term grew out of discord over when it began. In their statement, the bishops indirectly support the position of the president’s critics. “It seems to us that everyone supports the principle that no one stands above the law and constitution of the country.”

According to the bishops, the head of state made use of electoral laws and the provisions of the constitution on numerous occasions in the past, thereby confirming their validity for himself. In their statement, the bishops further emphasise that “only the bridge of consensus will help the different players” keep Haiti from falling even deeper into the abyss.

In light of the chaos reigning within the country, the bishops clearly express the position of the Catholic Church. “In the succession of Christ, the Church is always on the side of the law, truth, justice and respect for life and human dignity.”

The severe political crisis within the country is exacerbated by economic problems and a dramatically worsening security situation. As an example, the bishops refer to the many kidnappings that have made life in the country unbearable.

They express the hope that the death squads can be persuaded to lay down their weapons.

ACN has supported the local Church in Haiti over many years. In 2020 alone, over $860,000 AUD were approved for more than 30 projects. The donations given by ACN’s benefactors were used to purchase and maintain vehicles, to grant COVID emergency aid through Mass stipends for priests and to hold formation courses for laypersons, catechists and seminarians.