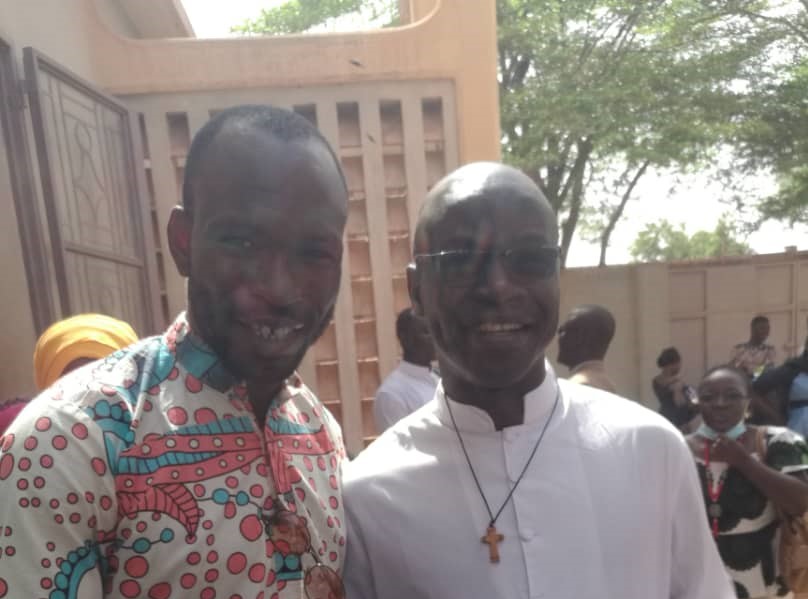 “I was lost, and am found. I was dead, and am alive again.” The words of a captured priest liberated in Mali

“I was lost, and have been found. I was dead, and I am alive again.” These were the words of gratitude expressed by Father León Douyon, a Catholic priest from the town of Ségué in the diocese of Mopti, in Mali, after having been liberated on 13 July this year from captivity at the hands of a group of rebels.

In his first public message, given during Sunday Mass on 18 July in the church of Our Lady of the Annunciation in the town of Sévaré, about 12 km from the capital Mopti, the priest told his faithful that “I did not think I would ever see you again,” after having been abducted on 21 June this year along with “four of my parishioners” on the highway between Ségué and San.

A few hours after the abduction, the other four hostages were released, and a prayer campaign began both within and outside Mali.

“Everything is the work of Grace. Ever since that day you set in motion a chain of prayer. Every one of you, through the Rosary and other prayers, called upon God our Liberator,” said Father León, speaking in Bambara, the local language. “God our Father who has given us so much, never forgets even one of his children,” said the priest in his message, sent as well to the international Catholic pastoral charity Aid to the Church in Need (ACN).

“Thanks to your prayers and blessings on every side, you now have me once again among you to continue the mission of Jesus Christ. Thank you again and again for everything you have done for me, for my family, for the family of the faithful. Thank you, thank you so much!” said Father León repeatedly, who subsequently sent a message, explicitly thanking the benefactors of ACN for their prayers.

“May Almighty God, the Lord of all things and the Lord of our lives, bless you abundantly with holiness and goodness,” he said, during the celebration in Sévaré, while inviting everyone to pray “for a more fraternal and united Mali.”

He concluded by asking everyone to “continue praying also for Sister Gloria,” a Colombian missionary sister who was also abducted in Mali four years ago. According to ACN sources, Sister Gloria is now being held by a different terrorist group, linked to Al Qaeda and calling itself the “Group for the Support of Islam and the Muslims” (Groupe de soutien à l’islam et aux musulmans).

In addition to an increase in jihadist activity with a clear religious component to impose sharia and Islamic fundamentalism among the population, there are serious conflicts between ethnic groups and communities in the Mopti region. The conflicts, largely focussed on ownership of land and resources, are between the Fulani, mainly Muslims, and the Dogon, who practice mostly ethnic religions and some Christians.

According to data from the ACN Foundation's Religious Freedom report, the Sunni branch of Islam predominates in Mali. About 13% of the population belongs to other religions. Christians make up just over 2%, with two-thirds of them Catholic and the other third Protestant. Mali is also home to traditional African religions (almost 9% of the population); some Muslims and Christians also incorporate African traditions into their ritual observances.

Featured Image: Mass in the Church of Our Lady of the Annunciation in Sévaré with Father Leon Douyon. Copyright: Aid to the Church in Need.