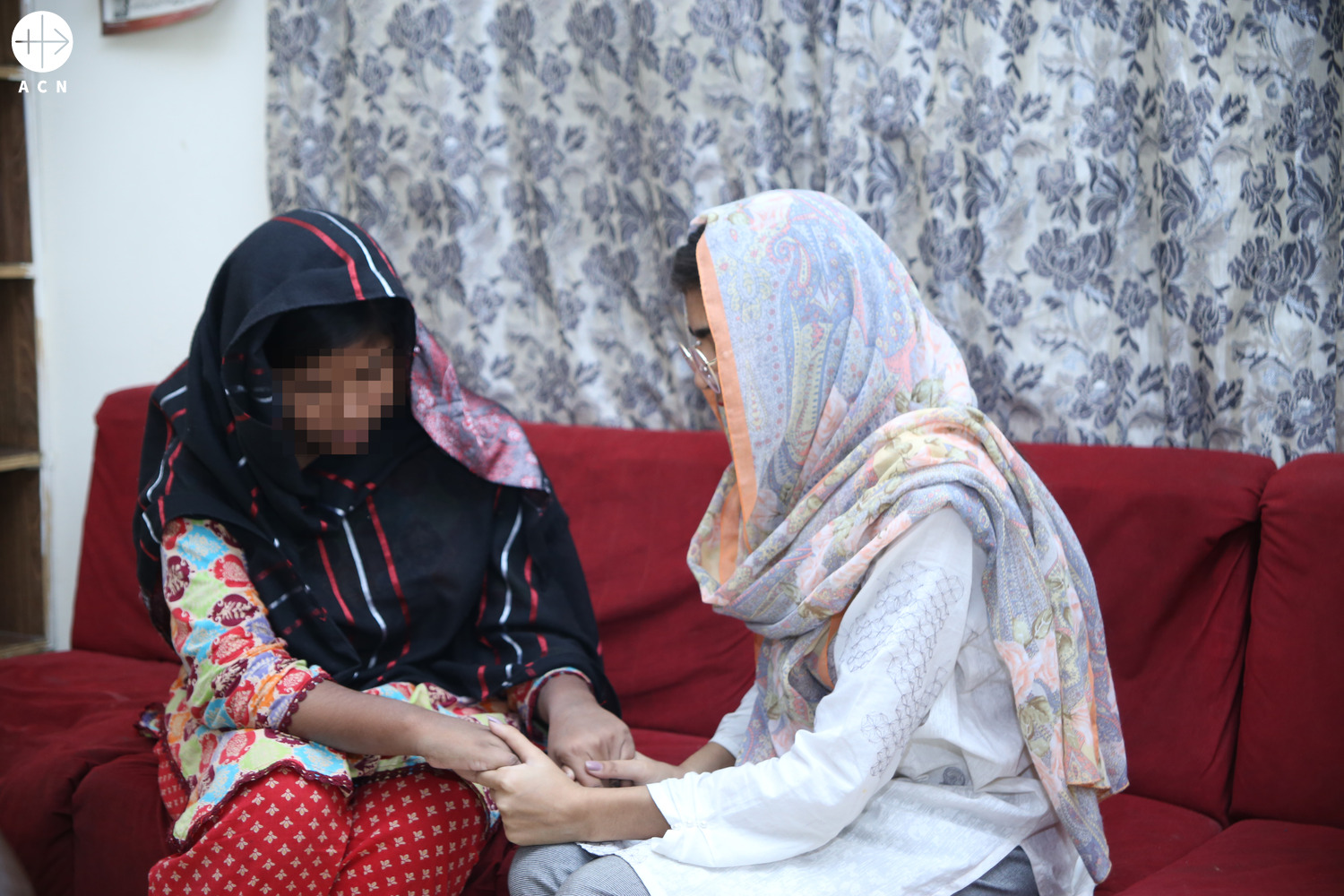 In Pakistan, healing for victims of abduction and forced marriage

More than 30 organizations, including the Justice and Peace Commission of the Catholic Bishops’ Conference of Pakistan, supported by ACN, have urged the government to assess data on incidents of forced conversion and present it to Parliament.

Asif Aqeel, vice-president of the Centre for Law and Justice, tells ACN that he is convinced that these efforts will go nowhere unless the focus is put on the issue of the kidnapping of underaged people and forced marriage. Aqeel says that the use of terms such as underage kidnapping and forced marriage, instead of forced conversion, will ensure a better chance of obtaining justice.

One case involves the Christian girl Mehwish Bibi, who was rescued from her abductor, a Muslim neighbor who forcibly converted her to Islam and married her. Bibi has come a long way since October 2021, when a court granted her a divorce from Muhammad Imran, a man in his forties, on grounds of his “harsh and cruel behavior.”

The nightmare of the months spent in his captivity still haunts this 14-year-old daughter of a poor Christian couple from Sheikhupura, some 20 miles from Punjab's provincial capital of Lahore. The father is a laborer, and the mother works as a housemaid. Due to her mother’s poor health, Bibi herself had begun to work as a child maid earning 2,000 rupees, about US$9, per month.

On 4 August 2021, Imran offered her a ride to work. “He offered me a soft drink. It was drugged and I don’t know what happened next,” says Bibi. She was taken to Sargodha, 85 miles from her native village, and kept inside a van. A week later, Imran produced records of her conversion and marriage to him at a local court. “I resisted him throughout, but he used to put something in the food. He would also beat me,” Bibi says.

Her parents sought help from Christians’ True Spirit (CTS), an organization based in Lahore, which filed for the dissolution of Bibi’s marriage in family court. Bibi has been living at the CTS shelter for nearly a year. Located in a busy bazaar, the two-story building houses eight rescued girls and women between the ages of 13 and 60. Though she is now safe, she is often troubled by nightmares.

Last year Aghania Rafaqat, a trained psychologist working with CTS, began to carry out biweekly sessions with residents. “My unfortunate clients have different behaviors. Some get aggressive and have frequent crying spells. They experience deep sadness and are very anxious about their future. The nightmares often lead to phobias,” says Rafaqat

For a long time, Bibi was scared of the male staff at the shelter where she now lives. “I would be terrified whenever an electrician or a plumber arrived for repair work,” she tells ACN.

The counselor says victims like Bibi can never fully recover because the tragic events at such a young age become part of their permanent memory. “They cannot forget the traumas. As a psychologist, I can only help them to accept the situation and move on in life,” she adds. Rafaqat’s strategy for her clients includes a mixture of psychological tests but also has a spiritual dimension. “Holding their hands and praying with them also helps,” she emphasizes.

Katherine Sapna, the Catholic director of CTS, explains that, after their ordeal, the girls do not immediately return to live with their parents because they continue getting threats from abductors even after the court permits the underage girls to reunite with their families. Also, in many cases, to avoid the social stigma, they end up living in hiding or shifting to another location. The shelter is a welcome alternative and provides vocational training in tailoring and cooking, and it recently started a beautician course.

Fourteen-year-old resident Shumaim Lazir was kidnapped for three days, and raped by two Muslims, this past January in Rahwali, a small town 63 miles north of Lahore. A 36-year-old man has been charged and is in jail, while the other suspect is still at large.

“He wanted to marry me, but I didn’t want to leave my faith. When he learned of police raids in the area, he let me go late one night near my house, threatening to kill me if I made a noise,” says Lazir, whose father is a tractor driver. In the shelter she has learned some skills in tailoring. “I want to support them by tailoring at home,” she says.

CTS also hosts 15 students from St. Joseph’s Girls High School in Lahore, a Catholic school run by the Sisters of Charity of Jesus and Mary. These include five Christian children of women forcefully converted to Islam and 10 former child laborers who worked with brick kilns.

Among the latter is 12-year-old Sara Fayaz, who was born to a Christian mother and a Muslim father. After Fayaz was raped by her father, her mother, who had been abducted in 2007 and converted to Islam, took Fayaz and escaped Islamabad. Her younger sister was also raped by one of her cousins on her father’s side. “My father used to beat my mother” says the grade six student, with tears in her eyes. But she is determined to become a doctor, to help others.

- By Kamran Chaudhry (in cooperation with ACN USA)

Featured Image: Shelter for girls who have escaped forced marriage. Copyright: Aid to the Church in Need.