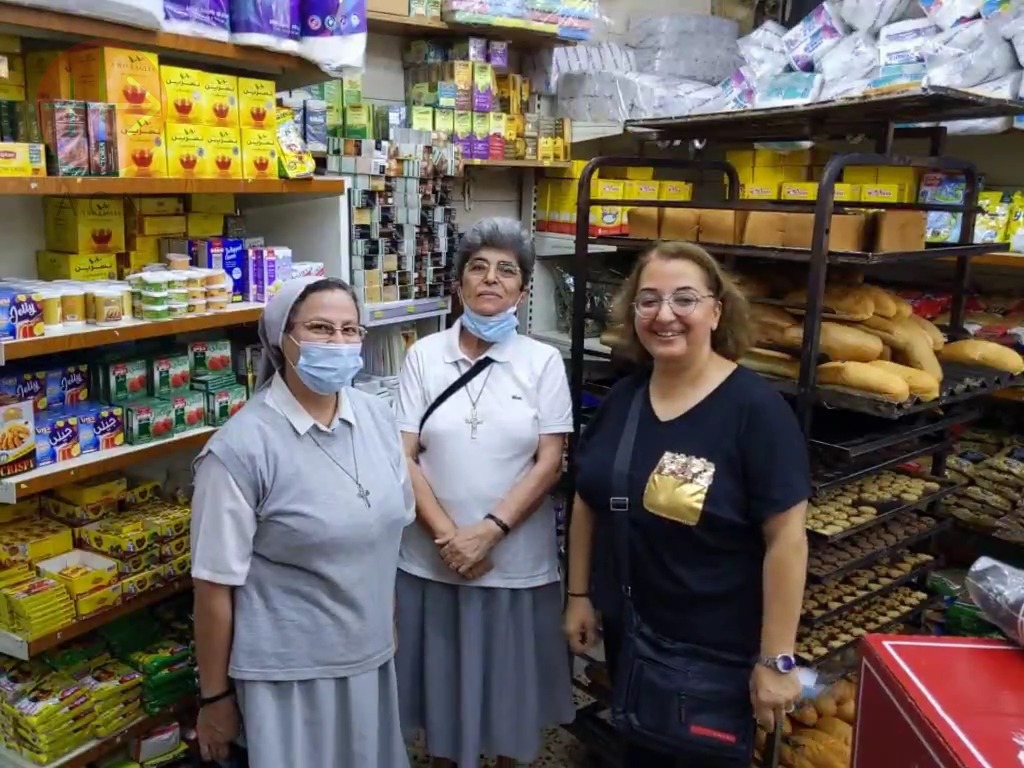 In Syria and Lebanon, “the sisters go to the dark places where others cannot”

The difficulties in Syria and Lebanon have led to an increase in situations of abuse of children and women, but are also opening up opportunities for women to take the lead in their families and communities.

Shortly after the end of Lebanon’s terrible civil war, a cardinal visited the country and asked for a meeting with members of women’s congregations, recalls sister Helen Mary Haigh, an English nun with the Sisters of Jesus and Mary, who at the time was stationed in the country, and has been close to Lebanon and Syria for over 30 years.

“He told us we can go anywhere, we are able to go to the dark places in families where others cannot, simply because we are women, and sisters. This has become true again in Lebanon, and also in Syria. The women can go where others cannot, and the sisters can go to darker, difficult or dangerous places because we are not a threat to anybody. Unfortunately, these dark situations call for this particular role which we try to fulfil”, she says, during an online conference with members of pontifical charity Aid to the Church in Need (ACN).

The tragic situation in Lebanon, with its crushing financial crisis, and in Syria, where an equally bad crisis has compounded the poverty resulting from a 12-year-long civil war, has given the religious sisters of Jesus and Mary plenty of challenges and difficult work.

Sister Annie Demerjian, who is part of the same congregation, spends her time between her native Syria and Lebanon and has direct contact with hundreds of families that benefit from support provided, among others, by ACN. During the same conference, she explains that families are breaking down under social and economic pressure and recalls a very recent episode that showcases the despair many are feeling. “There is much abuse of all kinds targeting children and women. Divorce and suicide are increasing. Just two weeks ago we heard of a woman who tried to throw herself from a bridge because she had no way to feed her children. People talked her down, but for how long? We need a solution. This cannot be solved by two or three people.”

“We used to find ten children begging, now we see hundreds. We didn’t see this before the war. There are many organisations helping women, but the needs are great. I help 100 or 200 women, but what about the rest?”, asks Sister Annie.

With the financial crisis in Lebanon, many men emigrated to try and find jobs abroad, and in Syria, many fled to avoid being drafted into the army. This has exposed women to more hardship but also opened opportunities for leadership roles that were previously reserved for men. “We depend totally on the work of the women now. We need to prepare women to take risks and be functioning members of society. They need to step up and fulfil this role”, says Sister Annie.

Both Sister Annie and Sister Helen Mary have experienced years of war and destruction in the Middle Eastern countries, but some believe things have never been worse. “Many people say they wish they could go back to the time of war, at that time we used to at least have food to eat and to feed the children. Due to the economic crisis, 85% of the population live below the poverty line in Syria. The salary of one family is not sufficient for a week, prices are always rising, many people are really hungry”, says Sister Annie, offering an example of a family the religious sisters support.

“We help a family with three children, the husband has psychological problems, because of the war, and because of his medication, he sleeps all day. We help with food and money for rent, but it is not enough. The child got sick because of malnutrition, and they have nothing in their fridge, they depend on what they are given. And this is only one family, we help hundreds like this.”

Despite the difficult situation, both nuns speak openly of hope.

Hope is in the very name of one of the projects that the nuns support in Syria with the help of ACN, among others. The Hope Centre was founded by two wealthy men who could have left the country, but preferred to stay and help others. “They started opening small spaces for university students to come and study. The idea developed and became a way of trying to help families as a whole. Many families do not want to depend on aid, they want to work.”

“These centres have already helped 750 families get new jobs, and thousands of families are receiving aid”, says Sister Annie, who hopes the project may be established soon in Lebanon as well.

Hope is also what ACN provides every time it sends aid, be it material or financial, but most importantly, through prayer, Sister Annie insists. “Spiritual support is more important than the material. Continue to pray for us that we do not lose hope, and that our people do not lose hope. We want Christians to stay in this holy land. I pray for each one of you, many times we offer mass for you and the benefactors.”

ACN currently supports dozens of projects in both Syria and Lebanon, in a variety of fields, including direct provision of financial and material aid to families, help for Catholic schools, construction and reconstruction of infrastructure, and many others. In 2021 the organisation supported 79 projects with more than 7.4 million AUD in Lebanon, alone. In Syria, ACN supported 118 projects in 2021, and over the past decade, the country has received close to 74 million AUD in aid.

Featured Image: Sister Annie and Sister Nawal Abi Karam in a grocery shop. Copyright: Aid to the Church in Need.