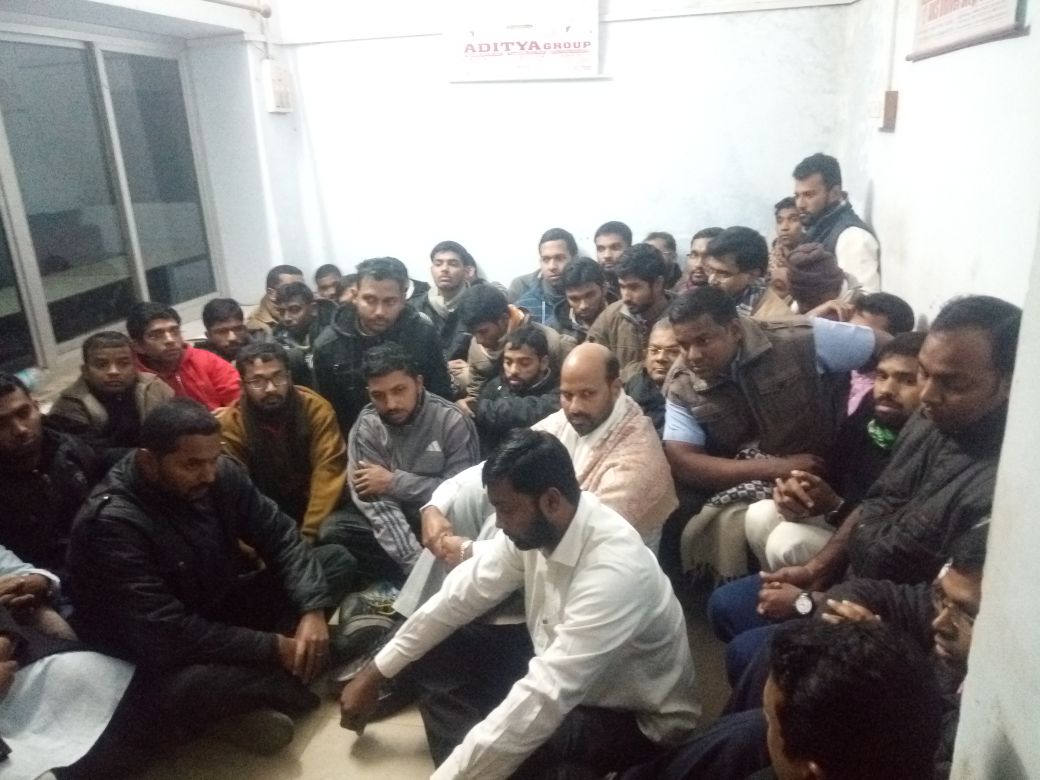 On December 14, 2017, he was attacked, together with 32 seminarians, by a group of radical Hindu extremists while singing Christmas carols in the village of Bhumkahar, Jawahar Nagar in the state of Madhya Pradesh. They were taken to a police station and that same night the case was filed against Father George. Only in September this year, after four years of legal battles, was he finally acquitted by India’s Supreme Court. In an interview with Aid to the Church in Need (ACN International), he tells his story.

ACN: Can you describe the events of that day in December 2017?
We were two priests and 32 seminarians, theology students, and we had travelled to the village of Bhumkahar, Jawahar Nagar, about 10 miles (15 km) from the seminary. As we have always done for years, we had organised a Christmas programme, with various cultural activities and with the help of the villagers. The event was almost over when a group of people arrived and broke up the gathering. They used abusive words and tried to beat some of our seminarians. They ordered us to stop and told us that we needed official permission to hold such an event. A few minutes later, several policemen arrived from the city, ordered us to stop, and took us all to the police station.

How did you feel when the police arrested you?
The court granted bail very late in the evening, after which everyone was permitted to go back to the seminary, and we reached the seminary by 7.30 pm. We had been detained in the police station without food and water for more than twenty-four hours. Since it was an allegation of conversion, we were afraid we might not be granted bail.  At that moment I was afraid because I didn’t know what was going to happen – yet at the same time I knew I hadn’t done anything wrong. I was very concerned for the thirty-two seminarians who were with us, all in one room. I was confident because the staff and other priests were with me.

After you were arrested, the radical Hindus burned your car and threatened to kill you… Yes, they burned the car, but no one was inside it. The car belonged to the priests of the Claretian Society who came to enquire about us and who run a school near the seminary in the village, and it was set on fire while four of their priests were inside the police station with me. We don’t know who did it, but we know that it was some of the people from the radical group. The police arrested and charged one person who was later allowed to go free. No compensation was given to the priests. The seminary vehicles were taken into custody and the things in the vehicles were lost.

Why did they claim that you were doing something illegal?
We were allowed to do this, but they accused us of trying to convert the people to Christianity by this programme. According to the Madhya Pradesh Freedom of Religion Act 1968, no one is allowed to convert forcefully to Christianity. It was a false and baseless accusation. The seminary has been there for over twenty-five years and we have never forced anyone to convert. One person who accused me was poor and uneducated. He provided this evidence to the media and changed his own statement in the court during the trial, and so we were able to win the case in the Supreme Court.

Apart from the testimony of this fellow, there is nothing on record which could potentially be relied upon against me. We wish no vengeance against him; I met him a few times and he had understood the terrible problem that he had created.

How were those four years while you were awaiting the final verdict?
It was a very hard time for all of us. I had to face many court hearings. Every other week I had to go to court and sign my name, and this continued for two and a half years. This particular event was a one-off, but there have been many other attacks on Christians. In this case, we appealed to the Supreme Court because we knew that we could show we were innocent, but there are many other cases that have still not been settled. And people have suffered persecution and imprisonment in the past as well – but the faith of the Christians is very strong, despite this pressure. No persecution will ever be able to separate us from the faith.

They are afraid of the Christians because we are educating the people, especially the poor, marginalised, and the downtrodden. We are teaching people to read and write who could not do so before. In India, there are a great many people who are poor and illiterate, and the Church is educating them. And of course, some people are afraid that if people are given an education, they will start to insist on their rights.

The Church grows under persecution; it doesn’t grow when everything is too comfortable. Our Lord said, “If any want to become my followers, let them deny themselves and take up their cross and follow me” (Mt. 16:24). So this is how it grows, it is part and parcel of Christianity. By the providence of God, this event could proclaim more effectively the message of the living Christ worldwide than the announcement we have been doing these past years. This helps people to know the message of Jesus: how we love one another, how we live our faith in Jesus...

I sincerely thank all of you, the media, advocates, judges, all the Church personnel. We pray for all of them, even those who were against us, as the Lord Jesus commanded us to pray even for those who persecute us.

Featured Image: Seminarians in the police station. Copyright: Aid to the Church in Need.