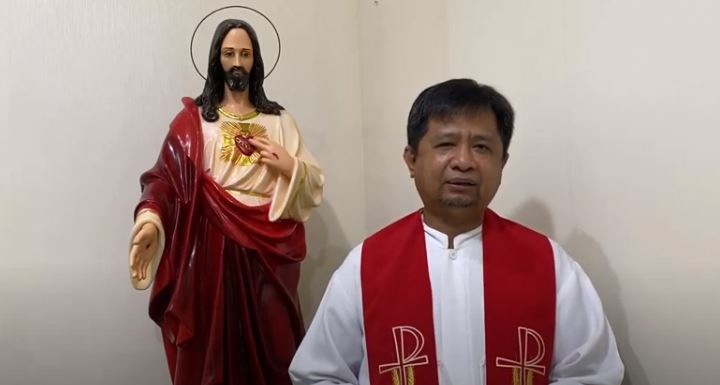 Indonesia: “We are going to have to live with terrorist attacks”

“We are going to have to live with terrorist attacks”

Alert, but relaxed – despite the danger of terrorism. This is the twofold attitude of Christians, as described by two Catholic priests after the most recent suicide attack on the Catholic cathedral of Makassar, the capital of the Indonesian province of South Sulawesi. They were speaking to Aid to the Church in Need (ACN International).

“I'm grateful for the fact that no one from our community lost their lives or was seriously injured,” says Father Wilhelminus Tulak, who ministers to the Sacred Heart Cathedral parish in Makassar. On account of the coronavirus restrictions the size of the congregation was smaller than usual – perhaps this was one of the reasons why nobody was killed, apart from the two suicide bombers themselves. According to media reports, however, at least 20 people sustained some injuries.

The security guards, who watch the doors at every Holy Mass, managed to prevent a worse disaster, according to Father Tulak. “One of the security men noticed two individuals on a motorcycle, attempting to drive onto the church grounds. The female pillion passenger was dressed in black, her face covered by a full veil. This struck the security man as suspicious, and he managed to prevent the two from entering the cathedral precincts. Shortly after this, there was an explosion.”

According to an announcement by the Indonesian police, made very shortly after the attack, the two assailants belonged to the “Jamaah Ansharut Daulah” (JAD) terrorist group, a local offshoot of the so-called “Islamic State.” The group was described by German-born Jesuit Father Franz Magnis-Suseno as “a small marginal group, which in my view is not going to be exterminated, even though the Indonesian anti-terror police are hunting them everywhere.” Now aged 84, Father Suseno has taught at various universities in Indonesia and is recognised as a highly knowledgeable expert on the country and the religious situation in it. “My first impression after the attack was, what, not again? But I was not surprised,” Father Franz continued.

In Indonesia, the most populous Muslim nation in the world, the coexistence between the religions used to be largely peaceful, with many Muslims following more moderate Sunni tendencies. But according to the most recent report by ACN on “Religious Freedom in the World,” conservative and sometimes violent Islamist tendencies have been on the increase in recent times, especially since the military defeat of the “Islamic State” militias in Syria and Iraq. But according to Father Magnis-Suseno, this does not represent a general trend overall. “The mainstream of the Muslim hardliners in Indonesia do not support terrorism”, he says. And moreover, the major Muslim organisations in the country, as well as the Minister for Religion and Indonesian President Joko Widodo, have all condemned the most recent attack “quickly and sharply,” he adds.

In many places in Indonesia, the militias of the Islamic organisation “Nadlatul Ulama” (NU) actually provide protection for the Christian Easter liturgies. This will undoubtedly happen this year, Jesuit Father Suseno explains, in summary. “The reaction after the attack has been a moderate one – no panic.”