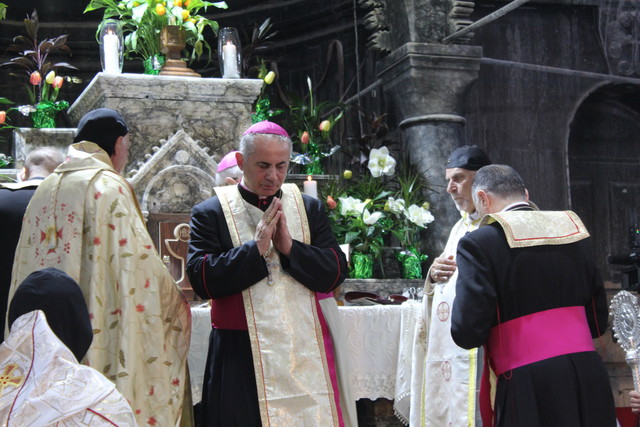 Iraq’s Christians have welcomed news that Pope Francis is set to go to Iraq next Spring – the first time any pontiff will have visited the country.

Syriac Catholic Archbishop Nizar Semaan of Hadiab-Erbil warmly greeted the announcement made today (Monday, 7th December) that Pope Francis will visit Iraq from 5th-8th March 2021 – including Erbil, Mosul and Qaraqosh in the Nineveh Plains where Christians were forced from their homes by Daesh (ISIS).

Speaking to Catholic charity Aid to the Church in Need (ACN), Archbishop Semaan said: “I am full of happiness. This is just the greatest news because I think the visit will have a big impact on the lives of Christians in Iraq. The Pope’s decision to visit is a sign of the Holy Spirit at work.”

He added: “This announcement that the Pope is coming to visit us shows how much the Pope cares about Christianity in the Middle East and especially in Iraq.” Archbishop Semaan pointed out that plans by Pope Francis’s predecessors to visit Iraq had been frustrated.

In 2000 Pope John Paul II planned to visit Ur, believed to be the birthplace of Abraham, but negotiations with Saddam Hussein’s government broke down, so the trip could not go ahead.

The archbishop said: “Pope John Paul II had hoped to come, Pope Benedict had hoped to come and now finally Pope Francis will be making the visit to our country. We appreciate the significance of the visit as we know how difficult it will be – we are still dealing with the COVID emergency, the Pope is old and does not travel much so his visit is all the more important and a sign of our place within the universal Church.” Stressing the importance of the trip for people of all faiths in Iraq, he added: “The visit will show how much we all stand together.”

Dr Thomas Heine-Geldern, executive president of ACN (International), said: “The visit is a sign of hope for the afflicted Christians who have faced a ‘way of the cross’ of persecution and discrimination for decades. This trip is another sign of the closeness and concern of the Pope for the Christians in the Middle East. His visit will strengthen them and spark new courage to stay in their homeland. “Without the support of the Holy Father and the universal Church, these communities in the cradle of Christianity are threatened with disappearing.”

ACN provided more than £31 million in urgent aid supporting at least 11,800 displaced Christian families who fled Daesh when the extremists seized Iraq’s Nineveh Plains in 2014. It has since enabled local ecumenical initiatives to help rebuild Christian areas destroyed by Daesh, including homes, churches and community centres.